In an interview with Al-Monitor Vice President of the Israel Democracy Institute Mordechai Kremnitzer associates the anti-Arab feelings prevailing within the Israeli public and the recent flow of nationalistic bill. 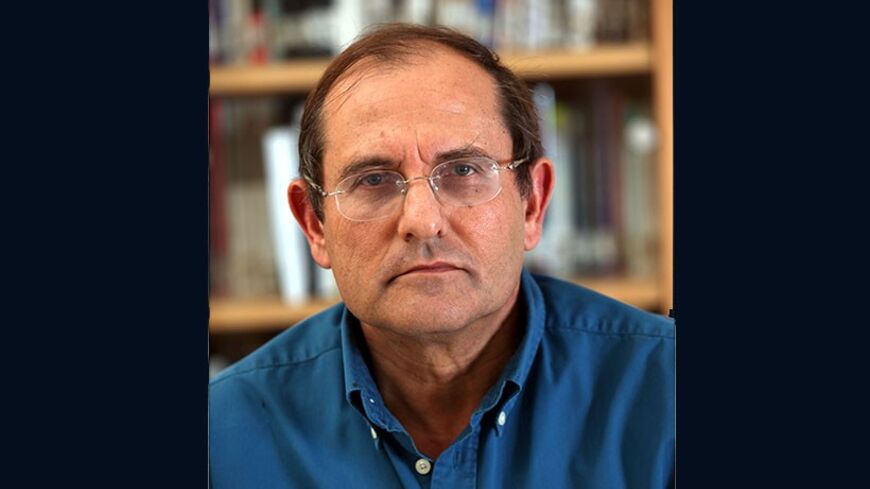 Professor Mordechai Kremnitzer is the vice president of research at the Israel Democracy Institute, 2014. - Flash 90

“I don’t think we’ve ever experienced a time like this. We could, in a sense, deteriorate into a nationalist state. Our liberal democratic character is being worn away.” This was the diagnosis of Mordechai Kremnitzer, vice president of research at the Israel Democracy Institute and professor emeritus of law at the Hebrew University, during one of the most challenging weeks that Israeli democracy has ever known.

Prime Minister Benjamin Netanyahu failed in his attempt to postpone the presidential elections just a few weeks before they are scheduled to take place — a step he only took to prevent Knesset member Reuven Rivlin from being elected to the position. Nevertheless, he left a sense that there isn’t a single Basic Law that is immune from his whims. Kremnitzer, who has been researching Israeli democracy for over two decades, is also disturbed by the numerous manifestations of extreme nationalism and racism.

In an interview with Al-Monitor on May 13, he pointed an accusatory finger at Netanyahu and Finance Minister Yair Lapid, whose actions, he claims, are intensifying nationalist trends within Israeli society.

Al-Monitor: Of all the hate crimes and legislative attempts of the past few weeks, what bothered you the most?

Kremnitzer: Netanyahu’s attempts to change the Basic Law regarding the president of the State of Israel. It is problematic especially when the considerations are not relevant to the issue at hand, at least according to what the media is saying. This is something that should never be done. It has the stench of an autocrat, doing whatever he wants, or at least trying to do whatever he wants, in the middle of the game. People are already running for the position, and they are being treated disrespectfully.

There is nothing wrong with reassessing things, but not this way. The most delusional idea of all is the idea of introducing a presidential form of government here, when such a move is tied to postponing the presidential elections [as proposed by Avigdor Liberman, chairman of Yisrael Beitenu]. It is a real case of taking our current system of government and changing it in a very revolutionary manner. It should take years to prepare for such a process, if only to ensure that it is done the right way. It should not be some snatch-and-grab move, without any discussion behind it.

A presidential form of government in Israel without strong constitutional guarantees to ensure the rights of the citizenry — like they have in the United States — could result in a “Putinesque” type of regime, which is very far from being a genuine democracy.

Al-Monitor: You’ve been following Netanyahu for several years now. Do you think that he has become less sensitive to democratic values over time?

Kremnitzer: I’m under the impression that an attitude of disrespect toward the rules of the game in this system has been intensifying here. There is the sense of a certain force that is unbridled, a force that aims at removing all existing restraints. Obviously, this is very disturbing.

What is singular here, is the accumulation of legislative processes. There were a few anti-democratic laws in the last Knesset. The Acceptance to Communities Law [permitting the creation of acceptance committees to villages], the anti-Boycott Law [penalizing entities that boycott Israel] and the Nakba Law [penalizing funding of groups denying the existence of Israel] are all laws that run counter to democratic principles. In addition, a general social mood emerges, which is an undemocratic one, or one that puts democracy at risk. The fact that the prime minister benefits from the support of a newspaper funded by someone who is not an Israeli citizen, and which competes unfairly in the press market [daily Yisrael HaYom, owned by Sheldon Adelson, which is distributed free of charge], harms the Israeli press. It could put the diversity of sources of information and the freedom to express conflicting opinions at risk in Israel.

Under Netanyahu, the government and law enforcement have been lax in their handling of hate crimes committed by people affiliated with the “price tag” group. I think that there has been a campaign for several years now — some of it political and some of it public — against organizations acting on behalf of civil society. All kinds of ideas have been floated to appoint a parliamentary commission of inquiry to reduce those groups’ ability to receive financial support from sources outside Israel. Some of these moves have been blocked by the prime minister. He deserves credit for that.

Al-Monitor: So where are we heading?

Kremnitzer: We are standing on a threshold, and the tiebreaker could well be the Jewish State Basic Law, which is intended to reshape the state, transforming it from a nation-state into a nationalist state that treats the Arab minority unequally. This law was undoubtedly intended to shift the point of balance between Israel’s Jewish nature and its democratic nature, by dwarfing and reducing democracy. Since it is intended as a Basic Law, it could have far-reaching implications, particularly given the presence of factors both within and outside the political system, which have a hostile attitude toward Israeli Arabs. If these forces receive the backing of the law, it can be assumed that they will use it as fuel for the fire that is likely to erupt.

Al-Monitor: How will this express itself?

Kremnitzer: We will see a steady stream of legislative proposals like the law proposed by Finance Minister Yair Lapid to reduce the VAT on apartments to 0%. Those kinds of bills use military service as a leverage to discriminate against Arabs, and in this particular case, against the ultra-Orthodox, too. We will see the use of this tactic increase. Recently, Knesset member Yariv Levin proposed a law that would make this a criteria for getting a job. Lapid’s miserable comment about the “Zoabis” [which is the name of Knesset member Hanin Zoabi, to describe Israeli Arab lawmakers] and various other things he’s done do not tally up to the positions of his electorate.

There is no end to the discriminatory measures against Arabs that can be based on the method of favoring people who have served in the army. But when we recall that Arabs don’t serve in the military because the state decided not to draft them, you must ask yourself how legitimate it is to discriminate against them because of that. The state should be grateful to the people who defend it. They can be compensated through veterans’ benefits and grants upon their release from service. The law as it is proposed only serves to intensify biases and discrimination against Arabs.

It can be assumed that existing trends, which inhibit the Arab population’s development, will only get worse. Obviously, this isn’t something that Netanyahu came up with, but this trend certainly will continue or even get worse. I would not be surprised to see the revival of ideas — such as those demanding the Arabs to declare their loyalty to the State of Israel as a Jewish and Zionist state, whenever they as much as move.

Al-Monitor: In the studies you conduct at the Israel Democracy Institute, do you see a connection between the rise of the far right in the Likud Party and anti-democratic legislative efforts?

Kremnitzer: It’s a process. I think that what happened politically is that the Likud, which was once a party with deeply entrenched liberal foundations, has become increasingly extreme. Its liberal democratic foundations have been worn away, while the nationalists and extreme nationalists gained strength.

Take [Likud Knesset member] Moshe Feiglin, for example. He was a pariah and outsider until recently, but he has managed to enter all the way into the inner party. The Likud's right wing must compete with the right wing of the HaBayit HaYehudi Party and Liberman. As a result, the predominant mood is that anyone who is more extreme in nationalist issues and who shows greater hostility toward the Arabs has a better chance of winning the hearts of the right. There is a competition underway over who can be more extreme. It is against this background that we encounter the Jewish State Basic Law.

Al-Monitor: To what degree is the legal system at risk?

Kremnitzer: There is no doubt that quite a bit of the legislation proposed in the Knesset was intended to impair the court’s ability to function. A part of the right wing that we’ve discussed regards the courts as a hindrance, just as it considers the free press and social organizations as hindrances. True, the right has not succeeded in its efforts, but it has waged a substantial defamation campaign against the legal system. I believe that a lot of damage was done during Daniel Friedman’s tenure as justice minister. When it comes to preserving the legal system, it is obvious that Netanyahu is actually the dominant voice. If he ever removes his protection of it, members of Yisrael Beitenu, HaBayit HaYehudi and his own party would be more than happy to storm the court. We would face a serious problem if that happens.

Al-Monitor: To what extent does the absence of a diplomatic process affect the strengthening of nationalism?

Kremnitzer: If the Palestinians living outside of Israel are perceived as the kind of people with whom it is impossible to reach an arrangement and as an enemy whose enmity cannot be transformed, this has implications internally on the Israeli Arab population. This also has an impact on our lives in this country. It is clear that this is a siege mentality, a mentality rooted in the belief in an eternal struggle, because there is no hope to bring an end to this conflict. Meanwhile, the Iranian threat and other similar hazards hover in the background. The very essence of this atmosphere prevents democracy from flourishing. There is nothing more dangerous to democracy than an atmosphere of fear and desperation and a state of endless struggle. Any talk about rights and freedoms seems just about empty in a reality in which you are fighting just to survive, and the images that the political system floods you with are derived from the Holocaust.