Rouhani under fire for saying heaven can’t be forced

Influential Iranian conservative Ayatollah Ahmad Khatami has criticized President Hassan Rouhani for saying that people cannot be taken "to heaven through force and a whip." 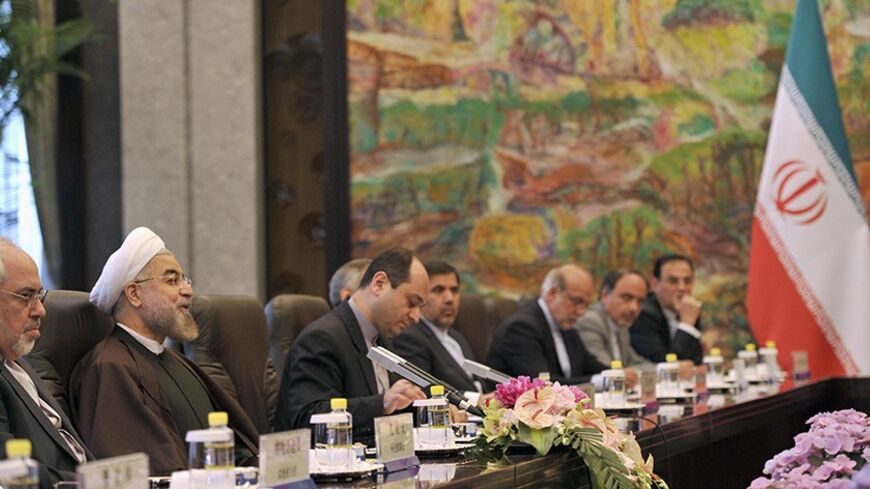 Iranian President Hassan Rouhani has been criticized for suggesting that force should not be used to promote cultural values in the country.

“Do not interfere in people’s lives so much, even if it is out of compassion,” Rouhani said at a health insurance conference on May 24 arranged by the administration. “Let people pick their own path to heaven. One cannot take people to heaven through force and a whip. The Prophet [Mohammad] did not have a whip in his hand.”

Today, May 27, influential conservative Ayatollah Ahmad Khatami responded, “They say let people be and don’t take them to heaven by force.” He addressed “the administration” rather than Rouhani specifically.

He added sarcastically, “Fine, we’ll suspend [the religious duty of] commanding the good and forbidding evil. To the thief, and to the girl and guy with bad veiling, we’ll say, ‘Be a good child.’ Is this Islam, is this having the concern of implementing religion?”

“We have to protect our Islamic system,” Khatami continued. “We do not want to send anyone to heaven by force, but with your statements, do not straighten the path to hell for anyone.”

Ahmad Khatami compared the criticism against himself and other culturally conservative figures by more reform-minded officials in the administration with that of the early tumultuous years of the Reformist era under former President Mohammad Khatami. As a member of the Assembly of Experts and a temporary Tehran Friday prayer leader, an important position that is assigned by a body which operates under the supreme leader’s office, Ahmad Khatami’s words typically receive a great deal of attention.

During his speech, Rouhani also recommended that authorities act in a way “so that there is calm in society.” His comments came after two high-profile incidents in Iran that became international news.

On May 21, the director and performers of a video posted to YouTube featuring Pharrell William’s song “Happy” were arrested for making an “obscene” film. Rouhani’s team tweeted in support of their release by quoting an old statement on happiness: "#Happiness is our people's right. We shouldn't be too hard on behaviors caused by joy." The director, however, is still in jail. Also, at the May 14 opening event for the Cannes Film Festival, Iranian actress Leila Hatami kissed festival president Gilles Jacob on the cheek. She was criticized by conservative media for the act and a small group of students even called for her to be flogged.

While Rouhani himself has not mentioned either incident, he and conservative officials in the country are at odds over which direction the country should take culturally.

Kayhan, whose editor is chosen by Supreme Leader Ayatollah Ali Khamenei, ran Rouhani’s comments as its top story with an exclamation headline to show its displeasure. The article questioned why the president of the country would make such a statement at a health insurance conference. It also asked exactly who in the country “is taking people to heaven with a whip”

Conservative website Mashregh also addressed Rouhani’s statements. In its extensive four-part coverage, Mashregh explained how it was under the previous government of Mohammad Reza Shah that people were whipped. It also argued that the choice to do as one wishes is not equivalent to a choice being morally right. There is a reason why in the final judgment, people will be asked to account for what they have and haven’t done, and that there is a reason there is a heaven and a hell. The article finished with a quote from Ayatollah Khamenei stressing the importance of “commanding good and forbidding evil.”