Iraqi voters appear to be gradually changing their loyalties from religious authorities to political groups. 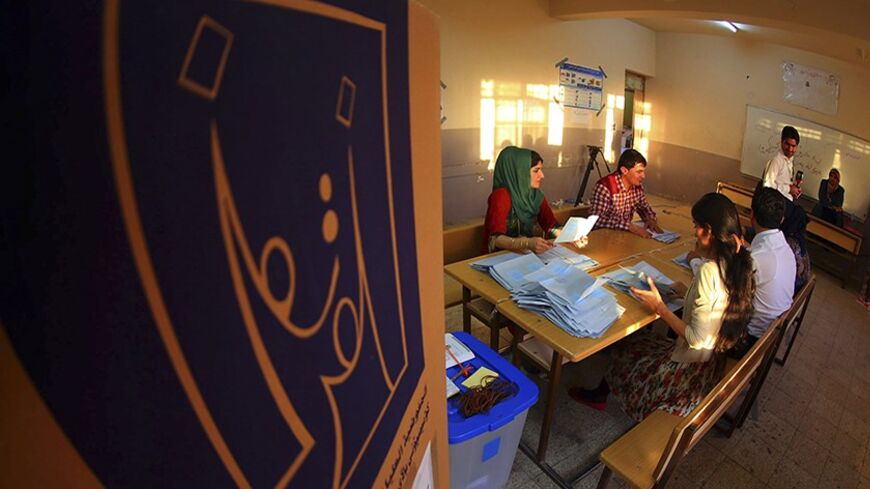 Iraqi society, as a collective society or even just an electorate, is difficult to characterize. Iraqi voters seem not to be issue-driven. Instead, they have tended to follow the decisions of clerics, tribal leaders and political leaders since 2003, when more than three decades of Baath dictatorship ended. Iraqi society participated in elections on Jan. 30, 2005, for the first time in history. The Iraqis voted for an interim Iraqi parliament, without any precedent to guide them in their political participation as they redrew the political map of the country.

The result was that the various entities in Iraq clung to their collective identities, leading to chauvinistic, sectarian and tribal divisions within the country. The Kurds and the Arabs voted for lists that represented their nationalism, and within each of those two main nationalist identities, the Shiites and Sunnis voted for candidates from their own sects. Within each sect, the tribal behavior of the Iraqi voter became apparent.

The political elites noticed the trends among Iraqi voters, and politicians responded by donning nationalist, religious and tribal masks. Secular figures like Ahmed Chalabi raised the banner of the Shiite sect. Figures like Hassan al-Alawi, who has an Arabist and Baathist background, joined the list of the Sadrist movement in the last election. Islamic figures such as Hadi al-Amiri sometimes wore the garb of tribal leaders while they served as parliament members. The examples go on.

The centers of power and influence have gradually become more numerous and varied since 2003. Religious leaders and tribal elders joined the new power centers, represented by different political parties. Religious authorities had the final say on the choices of Iraqi voters, while tribal elders imposed their political opinions on many of the tribes' members. Today, the parties have become large collective entities that compete with the traditional authority of tribes and religious institutions.

The election on April 30 provided noteworthy examples. For the first time, one of the four religious references in Najaf, Sheikh Bashir al-Najafi, declared voting for a particular party (Maliki’s State of Law Coalition) haram. At the same time, he called on the voters to vote for another party, namely the Citizen Coalition.

Observers expected this declaration by a religious reference to greatly affect the outcome of the vote, but the primary results showed that the first party (whom the religious reference called on voters to shun) won twice the number of votes as the second.

This doesn’t mean that Iraqi society no longer listens to religious or tribal authorities, but it does suggest that the collective identities of Iraqi citizens have started to overlap. The voter’s behavior is affected by religious, sectarian and political motivations at the same time.

All of this is happening in the absence of an individual awareness on the part of the Iraqi citizen. This means that the voter is deciding his or her political will through these collective identities, and not as an independent individual in the community who has his or her own individual vision.

For that reason, political parties have taken on a tribal character, presenting themselves within a collective identity characterized by the attributes of the tribal entity. For example, political parties often have orators who are skilled at rousing their voters by using themes of solidarity and spurring the voters to defend their group against rivals from other political groups.

Party leaders used cash and gifts to buy votes and expand their political influence. Political money helped expand the political influence of those forces and bought voters in indirect ways. In the last election in 2010, Iraqi Prime Minister Nouri al-Maliki gave tribal leaders handguns inscribed with the words: “A gift from the prime minister.” This is an old tribal custom. Tribal elders distribute gifts and special weapons to their counterparts or to lower-ranked leaders in their group. Former President Saddam Hussein had used the same practices to open the doors of friendship and loyalty.

In a more shocking example, a video clip showed Judge Mahmoud al-Hassan, a candidate in the State of Law Coalition, distribute land to villagers before the elections on the orders of the prime minister, according to him, and ask them to vote for the State of Law list in return.

These shifts in the behavior of Iraqi voters may have positive aspects in terms of the Iraqi political experience. However, at the same time, they may negatively impact the course of democracy in the country by emptying the democratic process of its substance and transforming it into a tool in the hands of religious leaders, tribal elders and politicians.