The Israeli film “Farewell Baghdad” explores the Jewish community in Iraq that was expelled from the country in the 1950s and 1960s, and has sparked feelings of nostalgia among Iraqi Jews. 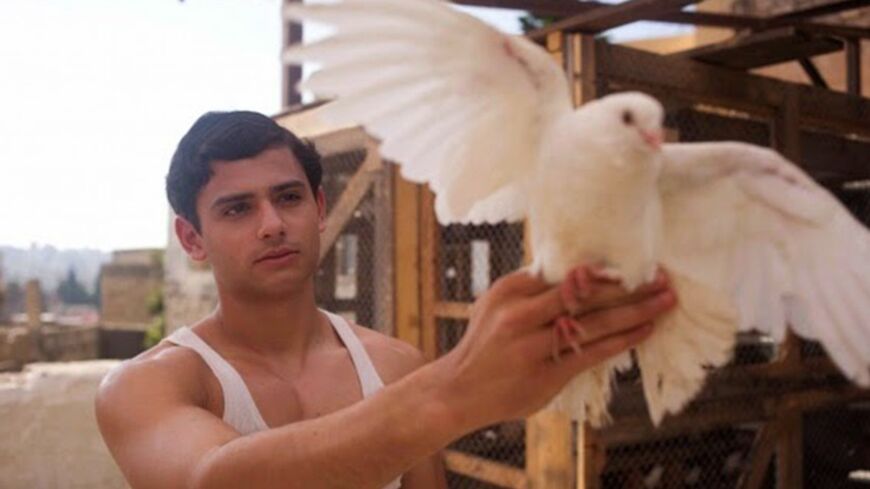 The production of an Israeli film about Iraq’s Jews, produced in Iraqi Arabic, has inspired nostalgia among both sides and dominated the headlines of dozens of Iraqi newspapers and websites. The news also attracted widespread attention within Israel.

The film, “Farewell Baghdad,” is based on a novel called "The Dove Flyer," by renowned author Eli Amir. Amir is an Iraqi Jew who left Iraq with his family in 1950. The story is of the historical plight of the Jews of Iraq, when they were driven out of the country during the 1950s and 1960s. It also highlights the cultural, social and political situation of the period.

The film also focused on historical and cultural ties between the Jews of Iraq with the other components of society. The movie was made in the original Arabic dialect of Iraq’s Jews, a unique and almost extinct dialect of the Arabic language. Iraqi Jews spoke this language for hundreds of years in Iraq, and when they left the country, the variant nearly vanished.

This movie is seen as a continuation and escalation of the cultural movement to increase communication between Jews and other Iraqis. This movement started two decades ago, when the two communities tried to reconnect and open up to one another.

The movie aroused interest among the Iraqi elite before its screening. Despite Iraqis having been preoccupied with the elections and the unstable security situation, many took the time to publish numerous reports to welcome this work, and the movie was also widely talked about on Facebook. Many commentators expressed regret over how relations faltered between the different components of Iraq. They also expressed the wish that the film be screened in Iraq’s theaters or come out on DVD so they could watch it. Some Iraqis tried to send a message of love to Iraqi Jews by commenting on the Hebrew version of the trailer on YouTube.

In an interview with Al-Monitor, Amir said, “The exodus of Jews from Iraq did not happen as a result of poor relations between them and the rest of the components of society. Rather, it happened because of political reasons that were imposed on everyone.” In response to a question about bridging the gap between Iraq’s Jews and the rest of the population, he said, “In light of my experience with Muslim Iraqis in Britain and Germany, I believe this is very possible, given that both people have a lot in common. The only problem lies in the political differences between the regimes, not between individuals.”

In terms of the Israeli reaction to the film, the Israeli daily Haaretz published an article headlined, “For Jews from Arab lands, nostalgia is a two-way street.” The article discussed dozens of other models of cultural products between Arabs and Jews, showing a continuous cultural trajectory between both communities.

Israeli actor Mira Awad, who played one of the leading roles in the movie, said that every Jew in Israel should watch the film because it shows a time when Arabs and Jews once lived a normal life in Arab countries, without any distinction or discrimination.

Dozens of true and untold stories still connect both communities. Al-Monitor has been briefed on many attempts on the part of Israeli families of Iraqi origin to search for their relatives who stayed in Iraq. Those may have converted to other religions or tried to hide their religion for decades.

Some Iraqi Jews from Israel and other countries have even made petitions to restore their Iraqi nationality. This is possible under Article 18 of the new Iraqi Constitution, which stipulates that Iraqi citizenship is the right of every Iraqi and is the basis of his nationality, and if it was lost for any reason, those who wish to restore it can request that it be done.

History has shown that relations between peoples and cultures are much stronger than the political disputes and conflicts that divide them. No matter how deep the differences may be, one day they will come to an end, leaving behind the bonds of love and affection that will be reflected in their shared cultural heritage.