According to a member of Iran's National Security and Foreign Policy Committee, Iran’s nuclear file has been returned to the council by the Foreigh Ministry. 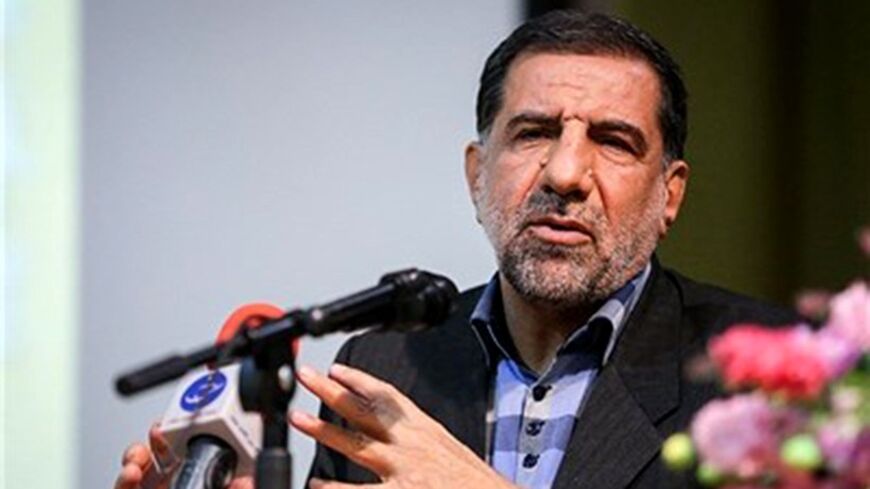 An Iranian official has claimed that Iran’s nuclear file was returned by the Foreign Ministry to Iran's Supreme National Security Council (SNSC) after the November 2013 Geneva nuclear agreement between Iran and the five permanent members of the UN Security Council plus Germany (P5+1).

Ismail Kowsari is a member of the Iranian parliament’s National Security and Foreign Policy Committee (NSFP), a right-wing body that has taken a hard line on the nuclear negotiations between Iran and the P5+1. He spoke to Tasnim News Agency May 22 about the latest developments in the negotiations.

“After the agreement, the file returned back to the Supreme National Security Council, and individuals were added to the file,” Kowsari said. In September 2013, shortly after coming into office, President Hassan Rouhani had transferred control of the nuclear negotiations to the Foreign Ministry. Under former President Mahmoud Ahmadinejad, the nuclear negotiations were last conducted by the secretary of the SNSC, Saeed Jalili. Final decisions on the nuclear program fall under the purview of Supreme Leader Ayatollah Ali Khamenei.

Kowsari's statements, which have not been confirmed by other officials, most likely means that while Foreign Minister Mohammad Javad Zarif would continue to lead the negotiations on behalf of Iran, there will be more supervision and coordination with different bodies in Tehran. Kowsari also added that at the request of parliament speaker Ali Larijani, the chairman of the NSFP, Alaeddin Borujerdi, was added to the nuclear negotiation team.

Kowsari, who is a veteran of the Iran-Iraq war (referred to as the “sacred defense” in Iran), said that the experience gained from the difficulties of that war can help in the current negotiations. “During the eight years of the sacred defense, not one tank was sold to us,” he said of Iran’s international isolation during that time. “But [thanks to] the plans of Imam [former Supreme Leader Ayatollah Ruhollah Khomeini] and the fighters and commanders of Islam, we were able to take more than 2,000 tanks.”

Kowsari's concern over the negotiations was not with the negotiators — who he referred to as “children of the revolution,” echoing Khamenei — but with the West. According to him, four years ago, Iran sent a letter to the International Atomic Energy Agency (IAEA) saying that Iran needed 20% enriched fuel for its Tehran reactor. Russia, the United States and France opposed granting the request despite IAEA commitments.

Kowsari also claimed that Iran “had not received one dollar” of the unblocked money agreed to in the Geneva deal in return for Iran scaling down its nuclear activities, including enrichment to 20%. Most reports, even by Iranian officials, confirm that partial payment of the $4.2 billion in unblocked money started in February. It is unclear whether Kowsari was implying that the administration had not distributed the money with other governmental bodies.

On the latest rounds of preparations for resuming nuclear negotiations, which Iran calls Vienna IV, during which negotiators were unable to begin the drafting process of the final agreement as planned due to many differences, Kowsari said, “The P5+1 wanted many things at Vienna IV, but the framework for the negotiators has been determined, and this issue is controlled and is being led.”