Are Greeks returning to Turkey? 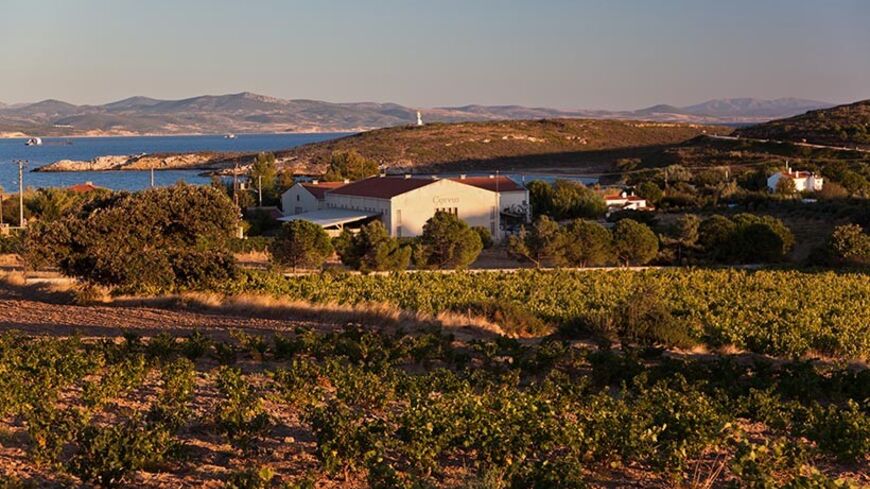 The Turkish island of Bozcaada is known for its vineyards, pictured here Sept. 4, 2013. - GURCAN OZTURK/AFP/Getty Images

The Turkish media reported earlier this month that four Greek families had decided to leave Greece and (re)settle on the island of Gokceada, in Turkey’s northern Aegean region, encouraged by the reopening of a Greek primary school there. What was reported as a “small” story is actually of great significance given Turkey’s deep-rooted hostile policies toward its minorities.

The two islands mentioned in the reports — Gokceada and Bozcaada, or Imbros and Tenedos in Greek — had overwhelmingly Greek populations throughout their history until the 1960s, when Turkey’s policies drastically changed their demography. The number of ethnic Greeks has since dwindled to several hundred, while the number of Turks shot up to the tens of thousands.

Over the decades, Turkey’s ethnic Greeks became scapegoats whenever the Turkish minorities in Cyprus or Greece suffered oppression or Turkey’s relations with Greece were strained. Populated heavily with Greeks, Gokceada and Bozcaada bore the brunt of Turkey’s antagonistic attitudes vis-à-vis its ethnic Greek citizens. In 2008, European Parliament rapporteur Andreas Gross penned a comprehensive report on the two islands’ historical and cultural fabric and detailed the plight of their former Greek inhabitants. One of the most striking sections documents how the Greeks were forced to leave.

Gross wrote that the Greek islanders’ fate took a turn for the worse following the 1960 military coup in Turkey. The Greek schools on the islands were closed in 1964 amid Greek-Turkish ethnic strife in Cyprus, and the Greeks' farmland was largely expropriated. The establishment of an “open prison” (agricultural prison) on Gokceada and the criminal acts the inmates committed against the Greek islanders drove many to emigrate. Gross said authorities failed to effectively intervene, but documents that emerged in later years indicate that criminal acts were in fact part of deliberate state policy.

For instance, the judicial probe into the Sledgehammer coup plot against the ruling Justice and Development Party (AKP) that resulted in the conviction of hundreds of soldiers last year turned up audio recordings of military meetings, including information on how the Turkish army targeted the islands. In one 2003 recording, for instance, a colonel is heard making the following comments: “First, we sent a gendarme commando unit to Gokceada to force the Greeks there to emigrate. We established an open prison there. This resulted in a significant wave of emigration. I guess state institutions did certain things step by step [through] the open prison there, certain things involving the cultivation of land and so on. No doubt this created certain issues. All those things would have been impossible today, but the state of Turkish-Greek relations at the time forced them to do it in response to the practices [against Turks in Greece’s region of] western Trace.”

In the recording, the officer speaking, Col. Bulent Tuncay, head of the 1st Army’s Planning and Operations Department, is telling his colleagues that the acts committed against the Greeks were actual “state policy.” Gross asserted that the closure of Greek-language schools in 1964 was the primary factor that drove the Greek islanders to leave. In light of this background, the reopening of a Greek school in Gokceada after five decades, an insignificant development in itself, represents an important sign of change in a fundamental policy.

Another important sign emerged on Dec. 13, 2013, when Turkish Foreign Minister Ahmet Davutoglu met with former Greek inhabitants of Gokceada during a visit to Athens. Paris Asanakis, head of the Imbros Association and a meeting participant, said Davutoglu extended an invitation to the 25,000 Gokceada Greeks scattered around the world to apply to regain their Turkish citizenship. Davutoglu’s visit and the drive to reopen Greek schools in Gokceada appears to have warmed Greek emigrants to the idea of returning to their native islands.

In a May 9 article, Taraf's Sumeyra Tansel stated, “Following the reopening of Gokceada’s Greek primary school after 49 years last year, the Greek secondary and high schools are also scheduled to reopen. The old school building, currently a property of the Canakkale Special Provincial Administration, and a kindergarten, built in 1964 but never put to use as the schools were shut down the same year, will be renovated and inaugurated as a secondary school and a high school. In addition, the hostel, which used to serve as teachers’ lodgings before being transferred to the Special Provincial Administration, has already been returned to its former owners. It will again house Greek teachers. With the reopening of the schools after five decades, former inhabitants are beginning to return from Greece. The first four families are on their way.”

In an April 17 interview with Zaman, Stelyo Pulados, deputy chairman of the Imbros Association, noted that the reopening of the island’s primary school and the economic crisis in Greece would encourage those who have wished to return. Speculation has been rife that not only the former islanders but the Greeks of Istanbul as well could return to Turkey. In 2012, the Greek journalist Alexandros Massavetas, author of the book “Going Back to Constantinople/Istanbul: A City of Absences,” sparked debate with an appeal to the children of Greek emigrants to return to Istanbul. In remarks to the Turkish press, Massavetas argued, “The Turkish people have come to consider the exodus of Greeks as a loss for Istanbul.”

Not all members of Turkey’s Greek minority, however, agree with Massavetas. Ethnic Greek journalist and Istanbul native Mihail Vasiliadis, for instance, argues that the “hate speech” targeting Greeks in Turkey today must first come to an end before a return could become possible.

As I have noted in previous articles for Al-Monitor, the AKP government’s policy vis-à-vis non-Muslim minorities signals a break from the Kemalist militarist state tradition, but a comprehensive overhaul is yet to take place. It would be premature to say that Turkey has adopted policies that embrace non-Muslims and encourage their mass return. For instance, Prime Minister Recep Tayyip Erdogan often refers to Turkey’s various ethnic groups to emphasize the country’s heterogeneous fabric, but his list remains limited to such Muslim communities as Arabs, Circassians, Kurds and Turks.

Nevertheless, the AKP government’s softening of Turkey’s historically hostile policies toward minorities and the return of several Greek families to the picturesque Aegean islands is inspiring hope for the future.