The Egyptian government's crackdown on militants in Sinai has been subject to security restrictions on media coverage. 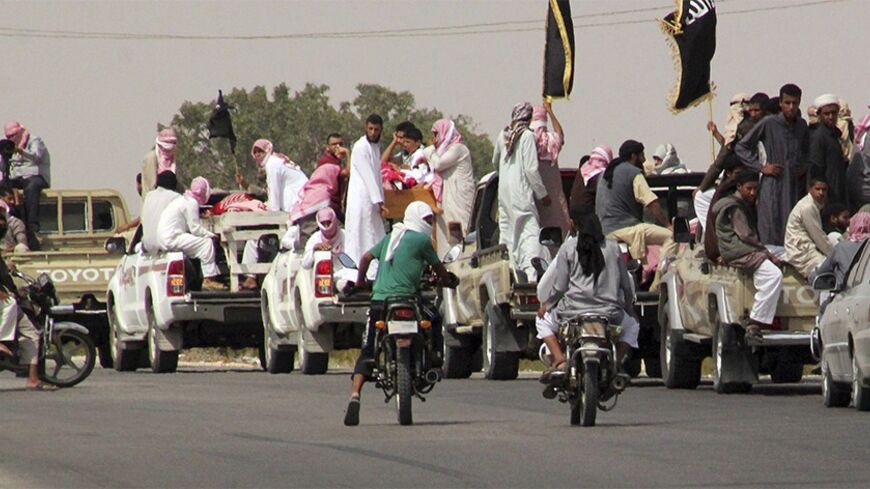 A funeral convoy carrying the bodies of four Islamist militants drives through Sheikh Zuweid, in the north of the Sinai peninsula, Aug. 10, 2013. - REUTERS

Ever since the beginning of the military operation that began in the Sinai Peninsula after the ouster of President Mohammed Morsi, against what the army called "extremist elements," there has been a media blackout regarding the events going on in this vital part of Egypt and the crises that its citizens are suffering from.

According to Mustafa Senger, a political activist from the Sinai, one of the most important problems is that mobile phone and Internet networks have stopped working. He told Al-Monitor there has not been consistent mobile phone and Internet coverage since the beginning of the army crackdown in July 2013, and that since August, connections have been cut in the Sinai daily from 6 a.m. to 7 p.m.

The cutting off of communications has not just prevented citizens from contacting one another; it also means they cannot carry out transactions in government agencies and banks, which rely on Internet access. Sinai residents now have to travel to Ismailiyah, located about 70 kilometers (43.5 miles) from the nearest Sinai cities, to have official papers stamped, obtain ID cards and carry out other business. What is even more dangerous is that this communications cutoff could lead to someone dying, since residents are unable to contact an ambulance to assist the sick or someone injured in a car accident.

The crisis in the Sinai Peninsula referred to by Senger has been met with silence on the part of the Egyptian public. Moreover, according to him, the majority of Egyptians know nothing about the injustice citizens in the Sinai are subjected to, as a result of the media blackout that is being imposed on everything that occurs in the region. He added that this blackout is carried out under the pretext that the situation in the Sinai is the exclusive purview of the armed forces, and that the army is an institution that cannot err and would never oppress residents.

Senger noted that residents have complained numerous times to the governor of North Sinai and officials in local councils, but that the response has always been: "Communications networks have been cut for security reasons and to preserve the country's national security." Senger said, "If the goal [of cutting communications] is to prevent terrorists from contacting one another, as officials say, then why do the armed forces allow Internet and mobile phone networks to function at night? And why do terrorist attacks continue, despite the fact that communications lines are cut?"

An activist and journalist specializing in Sinai affairs, who spoke to Al-Monitor on condition of anonymity, said that the interruption of communications is not the only crisis the people of the Sinai Peninsula suffer from. According to him, there is a bigger problem related to the random nature of the war on terrorism, which has been waged by the armed forces for months. He said that violations have been carried out against innocent citizens who have no ties to terrorist organizations. He said that the army has destroyed houses, leveled plots of land and arrested dozens of Sinai residents without having any evidence of their involvement in operations against the army and police force. He added that no one can speak about these abuses, or else they will be arrested and beaten by the security forces. Furthermore, punishment can affect more than just the individual himself, and extend to threats to destroy the homes of his family and friends, or detain them, he noted.

The activist said that news regarding the Sinai is only transmitted via statements from the military's spokesman, Ahmed Mohammed Ali, posted on his official Facebook page. He added that this is limited to news about military operations against armed groups, or about military personnel being exposed to terrorist attacks. There is no audio or visual media that covers the suffering of the population, according to him.

On the other hand, Maj. Gen. Mokhtar Kandil, a military expert and the former head of the Sinai Reconstruction Agency, told Al-Monitor that cutting communication networks is necessary in light of the circumstances in the Sinai. He said that terrorists use mobile phones and the Internet to communicate with each other, and that the situation is temporary and will end as soon as the military finishes pursuing terrorists. "The people must bear the consequences of this measure, because the priority now is security," he noted. Regarding the indiscriminate arrests of Sinai residents, Kandil said that what the security forces are doing there is part of a war against dangerous groups, and it is possible that some errors occur as a result of the army's desire to eliminate extremists.

Local residents’ attempts to highlight their situation did not stop at merely seeking aid from officials. A number of youths have taken advantage of social media sites to raise their voice and publicize their suffering, to make citizens in other Egyptian provinces aware of the Sinai crisis.

One of these attempts was the hashtag #SinaiIsNotCovered, which aims to break the media blackout and encourage Sinai residents to talk about their problems and reject the injustice they face. This is especially important given that objecting through demonstrations became dangerous after the start of the security crackdown, according to Ahmed al-Ghoul, the one behind the idea for the hashtag.

Ghoul told Al-Monitor that this hashtag is based on the idea that people will write news on Twitter and Facebook relating to the Sinai Peninsula and the difficult situations faced by residents, and conclude the sentence with #SinaiIsNotCovered, to serve as a type of awareness campaign for Egyptians.

Ghoul claimed that the idea for the hashtag has thus far been successful. He said that although there has been no change in the situation in the Sinai, the campaign has at least alerted people to what is happening on the ground that was previously not covered, as the media did not highlight events there.