An official from the Council for Policy of Friday Prayer Leaders has said that Supreme Leader Ayatollah Ali Khamenei and Ayatollah Hashemi Rafsanjani have "fundamental differences" on a variety of issues. 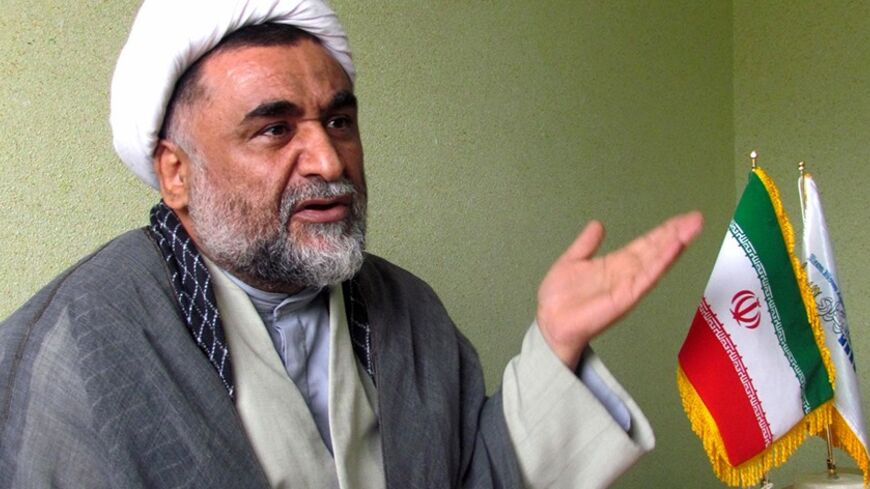 An official from an important clerical body in Iran has publicly discussed some major differences between two of the most powerful clerics in Iran, Supreme Leader Ayatollah Ali Khamenei and Ayatollah Hashemi Rafsanjani.

“Mr. Hashemi [Rafsanjani], in reality, has fundamental differences on some issues with Imam [late Ayatollah Ruhollah Khomeini] and also Supreme Leader [Ayatollah Khamenei],” said Hojat al-Islam Abulghassem Alizadeh, political deputy head for the Council for Policy of Friday Prayer Leaders. The council is a powerful body that operates under purview of the supreme leader’s office. It designates Friday prayer leaders across the country and disseminates key points for Friday sermons.

It is well known that Rafsanjani and Khamenei have differing views with respect to the political direction of the country. Rafsanjani has been incessantly attacked by hard-liners for the last decade for his political positions. However, since the elections that brought President Hassan Rouhani to power, Rafsanjani has become more outspoken. In his interview with Nasim Online, Alizadeh criticized Rafsanjani’s positions, at times explicitly stating that they stand in stark contrast to Khamenei’s and at others implying that the two stances are opposed.

Alizadeh said that despite being head of the Expediency Council, a body that is meant to settle differences between the different branches of government, Rafsanjani “does not observe national unity” and “does not consider national interests.”

One of the main points of contention for conservatives in Iran is Rafsanjani’s apparent support for the 2009 Green Movement, referred to as “the sedition” by hard-liners. Despite the “oppression against the revolution and the nation that was brought about because of the 2009 sedition and Khamenei’s own clarifications on the issue, Rafsanjani has never used the word ‘sedition,’” said Alizadeh, who added, “In some of his speeches he even wished for the freedom of the leaders of the sedition.”

Alizadeh criticized Rafsanjani for claiming that there was fraud in the 2005 elections, in which he was a candidate and lost to former President Mahmoud Ahmadinejad in the subsequent runoff.

According to hard-line news sites, in a March meeting with members of the National Will party, Rafsanjani said of the 2005 elections, “They put whatever they wanted into the ballot box and read whatever they wanted.” Rafsanjani has not confirmed this statement, but speculation of fraud in that election is not necessarily new. Alizadeh said that these comments were “surprising” and “unlikely to come from someone of Rafsanjani’s position.”

“Certainly, it is only the enemies that benefit from these types of statements and analysis,” Alizadeh said of Rafsanjani’s comments. He added that "the enemy" is searching for war, and spoke negatively of an official using state platforms to make such comments, helping that side and its media.

Alizadeh also criticized Rafsanjani for having “liberal” views with respect to political and social issues. He said that Rafsanjani’s position against blocking social media and censorship is surprising given that when Rafsanjani was president from 1989 to 1997, “Of the five newspapers that were being published, two that were not ideologically aligned with him were closed.” While it’s an exaggeration to say that only five newspapers existed during that period, Rafsanjani’s views and positions have changed since leaving office.