The stabbing to death of a youth in a nightclub this week has shaken the Israeli public, revealing a society exposed to harsh violence and alcohol abuse. 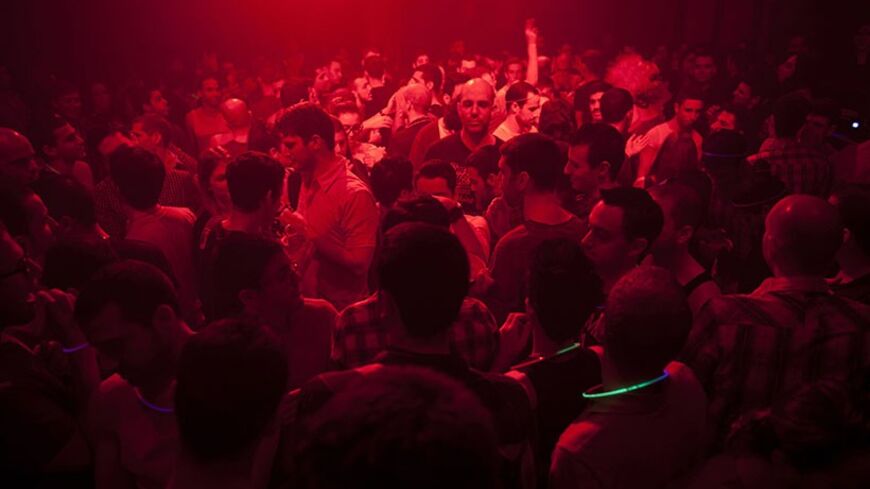 After the commotion died down and most of the young people had fled the place, a large puddle of blood was left behind. Right beside it lay a teenager, barely 18, fluttering between life and death. Stricken by panic, his friends kneeled beside him in a state of total loss. Some of them cried. Others screamed and called for help. By the time the police arrived, just a few minutes later, there was no one left to save. Just before 3 a.m. on April 21, Yiftah Grady was pronounced dead, only a few meters from the Shesh nightclub in the Tel Aviv suburb Raanana, where he had been partying with his friends a few minutes earlier.

On the day after his funeral, Benny Yannai, the father of one of Yiftah’s closest friends, said that he actually felt glad when he learned that his son would not be getting a leave from the army for Passover. His wife, on the other hand, was upset. “I told my wife Tali that I feel a lot safer when he’s on the base than when he’s wandering the streets and going out at night,” he wrote in a very moving piece published by the Israeli news website Walla in the wake of the stabbing. “When I heard about Yiftah's death, those harsh words turned into a very cruel reality. Yiftah grew up with my son. During all those years, I watched how they and all of their friends turned from being happy little kids with big smiles on their faces into lovely teenagers. … You bring a child into the world and invest your whole life in him. You tell him bedtime stories, snuggle with him on the couch and fall asleep with him in your arms. You promise him that he will always be safe, and he knows that you would be willing to sacrifice everything just to keep that promise. Then, suddenly it all ends in an instant.”

He was barely 18. He was little more than a boy who was drafted into the army last summer, and had gone out that night to a club with his friends as they normally do, to release some of the pressure that builds up in anyone who serves in the military. This is the recreational culture of most Israeli youngsters. Like him, they go out to a club, where they drink, they dance, they sing, and if all goes well, they eventually return home in the wee hours of the morning. This time, however, nothing went well. Yiftah arrived at the club in Raanana’s industrial zone shortly before midnight. He joined his friends there, and they split a bottle of vodka among them before they went to party. They grabbed the table they had reserved and were joined by some friends. Yiftah’s girlfriend sat down beside him. The loud music made it difficult for the young people to hear each other.

The waiters wound their way between the tables, serving more and more drinks. The young people at the club drank joyfully, feeling as happy as can be. Suddenly, a youngster from another table approached and asked Yiftah’s girlfriend to join his friends at their table. She kept turning him down, but nothing she said helped. Yiftah told him to get lost, and his friends joined in, telling the boy to leave Yiftah’s girlfriend alone. It took seconds for things to turn ugly. Before they knew it, they were exchanging curses and threats. The annoying suitor, who has quite an extensive criminal background, finally returned to his table, and Yiftah and his friends were convinced that the whole incident was behind them. Just a few moments later, however, he was back, this time with his friends, and they all surrounded Yiftah’s table. Tables fell and physical threats were exchanged. The terrified girls started screaming. Finally, the bouncers came and asked everyone to leave. Instead of putting an end to the tussle, they moved it outside.

And that’s exactly what happened. A huge fight erupted between the two groups, with everyone hitting everyone else. At some point, a shriek of death sounded. Yiftah, the young soldier on leave, who had never been in trouble before that night, dropped to the ground, his upper body punctured all over. The incident caused a media storm in Israel.

With the final day of Passover about to begin, a deadly spate of violence had spread throughout the country, with the corresponding disregard for human life. Despite all the laws limiting the sale of alcoholic beverages (for example, laws forbidding their sale to youth under 18 or the sale of alcohol after 11 p.m., except at designated restaurants and clubs), young Israelis today are drowning in a sea of alcohol, with nothing and no one to stop it. A report by the World Health Organization determined that one of the leading causes of death among young people is alcohol. It underlines that unsupervised drinking impairs judgment and self-control.

The state comptroller has also spoken out against the spread of violence among young people in Israel. In his 2013 report he determined, “The consumption of alcohol is one of the greatest threats to Israeli society.” In a study of violence among young people, researchers Yossi Harel and Giora Rahav discovered that over 50% of all students in sixth-through-11th grade suffered from bullying at least once. Among students in sixth-seventh grades, 70% of all boys and 54% of all girls reported they had been victims of bullying at least once. “In day-to-day life, Israeli youths are exposed to a high level of interpersonal violence, raising a very serious question about Israeli culture and society in general,” wrote the researchers.

About 1,000 people came to see Yiftah off on his final journey. His lifelong friends, who had also been drafted last summer, surrounded his grave, crying and refusing to part with their friend. The commander of the base where Yifttah served also had a hard time understanding how a soldier on a holiday leave could die under such tragic circumstances. “We are all obligated to cry out on behalf of a society that wants to live,” he said in his eulogy, “a society that is unwilling to descend to the depths of violence and alcohol, a society that refuses to allow the finest of its children who are serving it to fall victim to such egregious violence.”

Yiftah’s mother Kochi remained by the newly dug grave long after everyone else had left. “She’s finished. She’s a wreck,” said one of her friends to Israeli daily Yisrael Hayom. “She doesn’t understand how something like that could happen to her … how something like that could happen in the State of Israel.” In an interview with Army Radio, Yiftah’s girlfriend said that before the fight broke out he told her that no one was happier than him. “Just a moment before it all started, he said to me, 'Tell me, is there anything better than this? We’re all here together,'” she said. He had just finished speaking, when the impending disaster gathered momentum.