Dismantling the Palestinian Authority will bring neither security nor order, will cost Israel about $2.7 billion a year and will add more injustice in construction zones allotted to Palestinians. 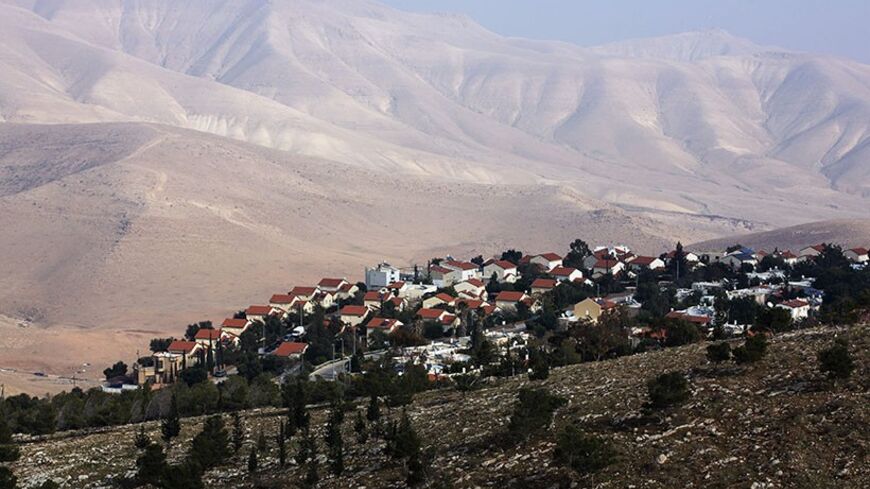 Houses can be seen at the Jewish West Bank settlement of Maale Efrayim in the Jordan Valley, Jan. 1, 2014. - REUTERS/ Baz Ratner

This is not the first time, and perhaps not the last, that the idea of dismantling the Palestinian Authority (PA) and “returning the keys to Israel” is being bandied around in the diplomatic vacuum. Already in August 2008, in the days of the Ehud Olmert government, Sari Nusseibeh, president of Al-Quds University, told me the following: “I suggested that the [Palestinian] Authority announce that if we don’t reach an agreement by the end of the year, it will dissolve itself and return the keys to Israel.”

Nusseibeh, who partnered with former Shin Bet chief Ami Ayalon in the agreement termed “The People’s Voice” (two states based on the ‘67 borders, with no right of return for the Palestinians), asserted, “We have 160,000 civil servants. Half of them are security personnel who don’t provide us with any security. We spend a fortune on rifles that are used to fight each other.” He also said he had begged European leaders to stop financial assistance to the PA, since it had turned out to be leveraging the continued occupation instead of ending it. He said that according to international law, on the day after the PA is dismantled, Israel will have to go back to funding the occupation on its own, the way it did during its military rule in the territories that preceded the Oslo Accord.

A senior officer in the civil administration confirmed to me at the time that Nusseibeh’s assessment was correct. He said he suffered from nightmares in which then-PA Prime Minister Salam Fayyad announced he has fired all the PA’s employees, including the security forces. Before bidding him farewell and shutting the door to his office, Fayyad handed him the keys to the hospitals, schools, welfare services and the planning and building entities.

It would be interesting to know what that officer, who was just promoted to a very senior post in the defense establishment, thinks of the reaction of Naftali Bennett, chairman of the HaBayit HaYehudi Party and economy minister, to the “returning the keys” threat by Palestinian President Mahmoud Abbas. Bennett, speaking to reporters on April 20, joked, “With such threats, who needs good wishes?”

Bennett is the last person who should be laughing. An end to the 20-year PA chapter is also an end to the interim agreement that divided the West Bank into three areas: Area A (under full security and civil control by the PA), Area B (civil control by the PA and security control by Israel) and Area C (full Israeli control). Israel will no longer be able to claim that more than 90% of the West Bank’s Palestinian residents are under PA control (according to Bennett, about 50,000 Palestinians live in Area C, whereas according to the UN Office for the Coordination of Humanitarian Affairs (OCHA), the number is three times higher).

As far as the international community and international law go, the day the PA is dismantled, all the areas beyond the Green Line will have the same status — an occupied area under full Israeli control. The claim that dismantling the PA constitutes a violation of the Oslo Accord will not help Israel impose law and order in the territories. According to conservative estimates, reimposing military rule in the territories will cost the Israeli Treasury NIS 14 billion ($2.7 billion) a year.

The collapse of the diplomatic process and the dismantling of the PA will bring to the fore the paradox of Oslo with full force: The same right-wingers who incited against the agreement and condemned its initiators turned it into a self-serving tool for the construction of more and more foundations for thousands of houses in settlements and outposts. In Area C, they broke all records — some 70% of Area C, which covers about 60% of the West Bank, was allotted to the settlers. In 29% of the remaining 30%, the Palestinians are banned, in practice, from building. Given that Areas A and B are densely populated (the World Bank has determined that the municipal grounds in these areas had been almost completely used up), there is only 1% left for the future habitation of the Palestinian population.

It is important to note that Israel operates a duplicate planning system in Area C. The first is the Military Planning Committee, which has no Palestinian representatives, even though its members set the policy for construction in Palestinian villages. Then there is the Civil Planning Committee, in which only settlers are represented, and is designated only for them. This planning structure inevitably results in a situation where Palestinians face discrimination when compared to the settlers.

Ever since the signing of the Interim Agreement (Oslo II) two decades ago, the population of the West Bank has grown from 1.5 million to 2.7 million. The Military Planning Committee has designated Palestinian villages a greater population density than New York or Central London, whereas the settlements were granted extensive land for development and municipal boundaries that are significantly larger than is the norm in Israel.

Furthermore, an OCHA report has disclosed that in the absence of a proper planning network in Area C, most Palestinians are unable to obtain building permits, and their requests for permits are, for the most part, denied. As a result, Palestinians living in Area C have simply stopped requesting building permits from the Military Planning Committee, and have instead started building without permits, as documented in a report by nongovernmental organization Bimkom. As a result, some 700 residential buildings were demolished between 2006 and 2014, leaving 3,400 people, including 1,600 children, without a roof over their heads. Even secondary structures such as animal shelters are demolished on a routine basis.

On April 28, the Supreme Court is slated to deliberate over a petition to restore planning rights in Area C to the Palestinians through the reinstatement of local committees, which operated in the villages of the West Bank until 1971. The petition was submitted by the village council of Dirat-Rifa’iya and various human rights organizations, headed by Rabbis for Human Rights. It has the legal backing of several internationally renowned authorities in this area of the law, including professor Marco Sassoli and professor Eyal Benvenisti, both of whom are of the opinion that the Israeli policy also violates international law.

The petitioners wonder why the settlements have 20 local planning committees, while the Palestinians do not even have one. And they wonder why the supervision of Palestinian construction cannot be overseen by Palestinian planning and building committees, and must be under the exclusive oversight of the Israeli military government. To this petition was added a deposition by Shlomo Khayat, the manager at the time of the planning committee in the Judea and Samaria region during the military rule (1971-80), recommending to add Palestinians in these local committees since their initial absence was acceptable in a temporary agreement.

In its response to the petition, the state rejects claims of discrimination or that the current situation is harmful to the Palestinian population. It contends that the local planning committees in the Palestinian villages were disbanded “out of military necessity on the one hand, and humanitarian considerations on the other.”

What is that enigmatic “military necessity” that obliges the Israel Defense Forces to conduct all planning for the residents of Palestinian villages? What possible “humanitarian consideration” could there be for taking control of planning from the Palestinian villages and transferring it to the Israeli military? How can the massive destruction of homes or reservoirs used to collect rainwater and other facilities vital to survival possibly be a display of humanitarian sensitivity?

It is completely coincidental that deliberations on the petition will take place just one day before the expiration of the nine-month deadline for negotiations between Israel and the Palestinians over a permanent solution. It is difficult to determine whether the parties will overcome the assortment of obstacles, compounded by the apparent reconciliation between Fatah and Hamas, and continue to plod along with the “Oslo process.”

The settlers’ government, which exploited the Oslo Accord to confiscate 60% of the West Bank’s territory for the benefit of the settlers, should pray that the Palestinians do not hand them back the keys. If the Oslo Accord did not exist, they would have had to invent it.