The priority for Tehran is a comprehensive nuclear agreement with the P5+1 countries, which includes Russia. 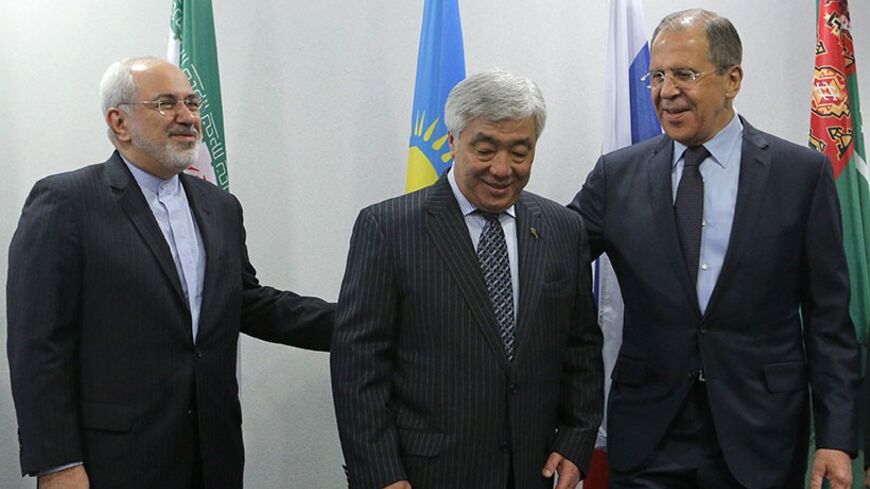 Israel and the United States do not have much cause for concern about reports of two multibillion dollar deals being negotiated between Iran and Russia.

Neither deal is likely to increase Iran's leverage so it could ignore the nuclear negotiations. Nor is it likely that the deals will boost Iran's leverage at the talks. In other words, Iran will most likely have to make the same compromises that it would have made before the negotiations over such deals were announced.

A closer look at both deals shows us why.

The first deal being negotiated is believed to be a $1.5 billion per month barter deal. As part of the deal, Iran would supply Russia with 500,000 barrels of oil per day. Instead of receiving cash for its highly valued oil ($100 per barrel), Iran would receive Russian goods. The total value of this deal is believed to be $20 billion.

The second deal involves the export of “500 megawatts of electricity to Iran.” This is in addition to the construction of "new thermal and hydroelectric generating plants and a transmission network." The total value of the deal is believed to be between $8 billion and $10 billion. It's not yet clear how Iran would pay for this deal.

So, why won't such deals boost Iran's negotiation leverage with the P5+1?

First and foremost, Russia itself is a member of the P5+1; it's also negotiating against Iran as part of this group. It won't want to weaken its own hand in the negotiations by doing something that could hurt Russian interests elsewhere. And when it comes to not wanting Iran to have a nuclear weapon, Russian President Vladimir Putin is a team player. Former Israeli Defense Minister Ehud Barak (who wanted war with Iran) is not known for doling out compliments easily. But this week, he was publicly heaping praise on Putin for behaving in an “extremely disciplined and responsible” way regarding a number of issues, including Iran.

The other important reason is Iran's need of Western markets, technology and know-how to stop the downward spiral of its economy, rather than Russian products or energy.

Iran's second biggest employer is its car industry. The majority of Iran's car industry runs on equipment from the West and Japan. Will it now want to retool its entire production line with Russian equipment? Unlikely. Could Russia even supply Iran with all its needs? Again, that's very unlikely.

Most importantly, far more so than Russian energy and equipment, Iran's economy needs cold, hard cash. It has $100 billion frozen abroad that it cannot access because of the sanctions. It won't receive any cash from either deal with Russia.

If both deals go through, Iran could end up being the net loser, both economically and strategically.

According to a report by Deutsche Welle's Persian service, Iran will sell its oil at $4 to $5 below market price per barrel. At 500,000 barrels per day, this is a minimum daily loss of $2 million for Iran.

Such a deal would mean that Iran is locked in to buying Russian equipment. So, as long as Iran is sanctioned and is isolated from the West, it will have no choice but to buy from Russia. So, why would Russia want the sanctions against Iran lifted? If anything, such deals would encourage and incentivize Russia to create obstacles in relations between Iran and the West so that sanctions wouldn't be lifted anytime soon; otherwise, Russia would lose its Iranian market to the West.

There is also the fact that Russia itself is a major energy exporter. Sanctions against Iran have kept the oil prices high, thus benefiting Moscow. If sanctions are lifted and Iran returns to the market, oil prices could fall, thus hitting Putin's budget.

There is also the Ukraine factor. Russia is aware that after its recent takeover of Crimea, an increasing number of European countries who depend on Russian gas will want to wean themselves off Moscow. The Russians are also aware that Iran could step in as an alternative supplier to Europe, and they won't want that to happen. This would only happen if sanctions against Iran are lifted and Iran found transit routes.

Last but not least, when it comes to industrial projects, Russia has a poor reputation in Iran. Let's take the case of the Bushehr nuclear reactor, which Russia built. It was 12 years late and 400% over budget. The contract to supply Iran with S-300 missiles? Russia never delivered them. (In fact, Iran is currently suing the Russians over this contract.) The contract to supply Iran's Russian-made fighter jets with spare parts? Russia stopped them, too.

The question must be asked: Who in Iran would back such a deal?

In Iranian politics, the Reformists have usually been suspicious of Russia. They see the Russians as unreliable double-dealers who are ready to sell out Iran's interests to the highest bidder, if and when it suits them. This is why they and the moderates want Iran to improve relations with the West so that Russia won't be able to exploit Iran's isolation.

The conservatives, in their zeal to try to push possibilities of rapprochement with the United States away and to counterbalance US influence on the global stage, have been comparatively more inclined to forgive and forget Russia's behavior toward Iran. This is why some in Iran were rooting for a Russian victory over Georgia in 2008. Relations with Russia are also a tool used by the conservatives to isolate the Reformists and moderates in the foreign policy arena.

So far, it's unclear which faction inside Iran is advocating for and leading the current deals with Russia. If hard-line Tehran Friday prayer leader and senior member of the Assembly of Experts Ahmad Khatami's recent public attack against America's Ukraine policies is anything to go by, it's probably the hard-liners in the regime. The government is probably being dragged along, unenthusiastically.