The speaker of the Palestinian National Council, Salim Zannoun, does not expect anything worthwhile to come from further talks with Israel. 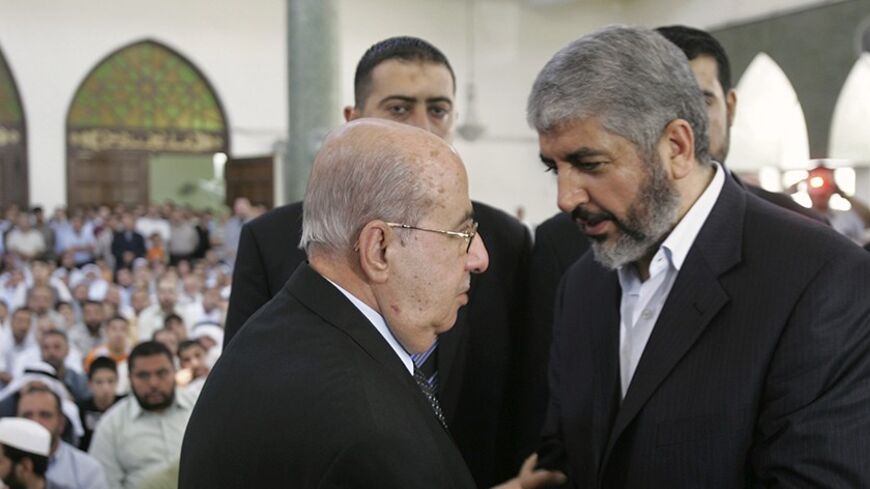 As the Palestinian Central Council (PCC) convenes in Ramallah on April 26, its mission — to determine the future of peace talks and elect a president and parliament — is easier now that the PLO and Hamas have agreed to implement their reconciliation agreements.

Presidential and parliamentary elections (both inside and outside Palestine) are now scheduled six months after the creation of a unity government. President Mahmoud Abbas has been authorized to consult on the creation of a government of experts and announce the date for general elections. The April 23 agreement in Gaza appears, on paper, to be a total Hamas capitulation to the PLO and Abbas.

The PCC now faces one challenge, the peace talks. It's a foregone conclusion that the Palestinian-Israeli talks will not be resumed when the April 29 cut-off date arrives.

Before the reconciliation agreement was announced, Salim Zannoun, the speaker of the Palestinian National Council (PNC), stated that he didn't believe continuing the talks would be productive. In an exclusive interview April 22 with Al-Monitor, Zannoun described his view of the peace talks as “very pessimistic.” The speaker noted that he doesn't expect "anything worthwhile" to come to the Palestinian people out of Israeli Prime Minister Benjamin Netanyahu.

With the reconciliation agreement signed, Palestinians need to answer the important question: What next? Israel’s prime minister already returned to his usual rhetoric, repeating an earlier statement that Abbas has to choose between peace with Hamas and peace with Israel.

Responding to a question about a post-talks strategy, Zannoun said the alternative is “steadfastness,” as well as the Arabization and internationalization of the conflict.

"We will approach the international community and will activate our membership in 65 international organizations and treaties. We will also go back to the Arab initiative and prove on all fronts that we have given everything that needs to be given and that the Israeli side is not interested in what is offered by Americans, Europeans and the Arab League," he said.

Palestinians and Israelis are well-aware of their needs of each other and will most likely be back at the negotiating table sooner or later, possibly under different terms of reference.

For the time being, Abbas can register a big win in his internal fight with Hamas and a draw in the Palestinian struggle for freedom with Israelis.

Unless Secretary of State John Kerry and President Barack Obama can pull a last-minute rabbit out of their magic hat, the current round of talks will not be renewed.

The PCC is now certainly going to approve a recommendation by Abbas not to renew face-to-face peace talks. Israel is unlikely to turn the screws too much on Palestinians as the threat of Abbas throwing in the keys is now on the table. While such a move is more unlikely now that elections are planned for the Palestinian government, the last thing that Israel and the United States want now is to be held responsible financially and politically for directly running the lives of 2.5 million Palestinians.

Despite Netanyahu’s words and his order to his senior negotiator to end the talks with Palestinians, it is highly unlikely that such a break in talks will be long lived. It might now be left till after possible early Israeli elections before the issue of peace talks will be renewed.