Despite their hopes, Egyptians will not find a leader with the power to effect the deep structural reform Egypt needs to move forward. 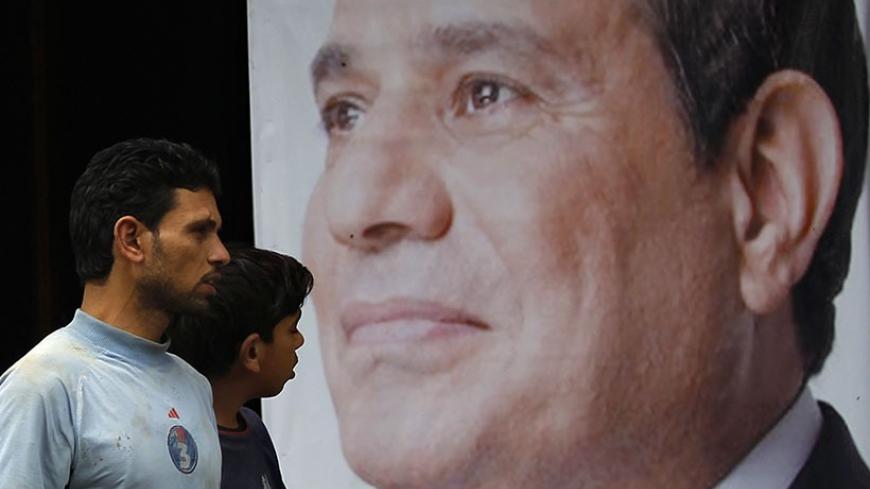 People walk past a poster of presidential candidate Abdel Fattah al-Sisi at one of his campaign headquarters in central Cairo, April 16, 2014. - REUTERS/Amr Abdallah Dalsh 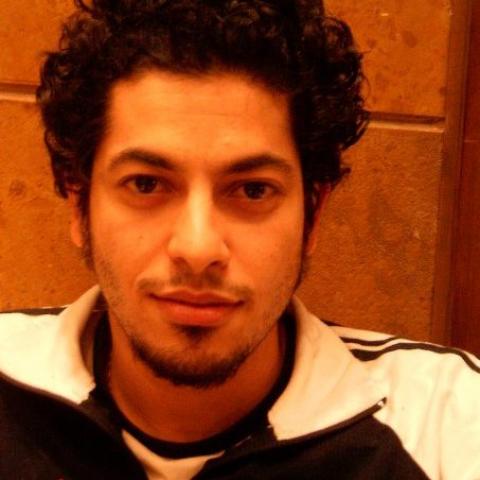 It’s apparent that many Egyptians have become disillusioned with the revolution. They see the path set out by young activists — the revolutionaries — as a failed plan to which they must find an alternative.

There is no denying that state propaganda has been efficiently painting the Muslim Brotherhood as the only real enemy, revolutionaries as traitors and the military as the only entity capable of functioning efficiently, but knowing that is not enough. The main reason why Egyptians have become disenchanted is because they were truly looking for a savior to get them out of the current mess.

The revolution in 2011 promised to fill that role, but it was never strong enough to overpower the subsequent Islamist-military alliance that opposed it. Following that, the Muslim Brotherhood promised salvation from military-dominated rule and something closer to social justice through its hyped renaissance project. People voted in the Muslim Brotherhood only to find out that the project was nothing more than a manipulation strategy and that the Brotherhood did not seek change in the order of things so much as it wanted to gain favor.

The Muslim Brotherhood’s failure reignited Egypt’s dream of a savior. Promptly, the military stepped in once again, this time fully prepared to give the people what they wanted: promises, flattery and a spectacle. Promises of a savior figure drew people once again to the shiny brass of the military. People discarded the Muslim Brotherhood for its mismanagement and the revolution for its weakness.

Meanwhile, former believers in the revolution who have opted to trust the army curse at a defamed revolution, asking it to come down from its cross. The revolution had no cures to sell, nor an alternative structure to replace the current one. It appears that many hopes were riding on a crucial strength that never truly existed in the revolution. The strength to move mountains did not exist, because all the revolution ever relied on was the faith of people to do it themselves. The revolution’s strength lay in the misplaced belief of a better alternative, and those who have given up that utopian dream are bitter at those still holding on.

It is that dream that has diminished in present-day Egypt, and once again Egyptians are being told that making the right decision at the ballot box will bring about the stability they long for. For most non-Islamists in Egypt, that would mean choosing military candidate Abdel Fattah al-Sisi. For some within the revolutionary camp, salvation lies with politician Hamdeen Sabahi.

Yet, Sabahi presents a dilemma to the few that still tread the revolutionary path: His participation may be seen as granting legitimacy to an electoral charade. State institutions are heavily biased in favor of Sisi, who is now masquerading as a civilian. These elections, portrayed as "free and fair" but with an inevitably weak showing from the revolutionary front, would not be possible without Sabahi.

At any rate, the upcoming elections are little more than an approval rating for Sisi. It may be more honest to allow Sisi to run in a real referendum rather than mock elections. Some see that if Sabahi were to pull out, it would acknowledge the state bias and prove his integrity. There are signs that Sisi supporters see his running as a positive step to solidifying his legitimacy. In an article run by Al Watan, Sisi supporters claimed to have helped collect the signatures necessary for Sabahi to join the presidential race. While this claim is highly doubtful, it indicates the favoring of a presidential race over a referendum.

In Egypt, the true motivators are ego and self-interest, even for Sabahi, who claims to uphold revolutionary ideals. He has little to lose and everything to gain by running. Having long been a supporter of Tamarod and supported the military in the lead-up to former President Mohammed Morsi’s removal, Sabahi is well-positioned in this theatrical approximation of an election, thereby giving more legitimacy to the Sisi regime. Sabahi will be looked on favorably by the regime for helping to solidify its rule and will be renowned as the top opposition leader after he fails to secure the presidency.

In a sense, Sabahi’s participation in the presidential race is a wager that the revolutionary path is not feasible and that the loss of the more revolutionary voices is not to be mourned. His wager is in favor of political stability under the future Sisi regime.

Yet, no matter how well Sisi does in the election, the Egyptian search for a savior will not subside. People have chosen to forget the past failures of the military, such as decades of mismanagement, the sectarian violence in 2011 and 2012, killing their countrymen and their strong alliance with Islamists, all of which may resurface if there are no noticeable improvements. In the few months of Sisi’s reign, he managed to revive the brutal state security services, oversee the mass killings of protesters with no accountability for state institutions, allow the passing of oppressive legislation like the protest law, allow the systematic targeting of journalists and preside over the worst human rights and constitutional violations in Egypt’s recent history.

The search will continue as energy shortages remain and the economic crisis shows no sign of subsiding. What Egypt needs is an overhaul of the political-economic system, which favors a small section of corrupt businessmen and sectors of society associated with state institutions such as the police, the judiciary and the military. The only messiah worth seeking is one ready to address deep structural issues and pass policies that would allow more wealth and resources to be shared. Sadly, there are no signs of such a figure on the horizon, but perhaps this may change when people re-commence their search for real salvation. By that time, people may have to realize that there is no single figure capable of filling the role of savior.