The Al-Monitor family is deeply saddened to learn of the untimely passing of our friend and colleague Bassem Sabry. 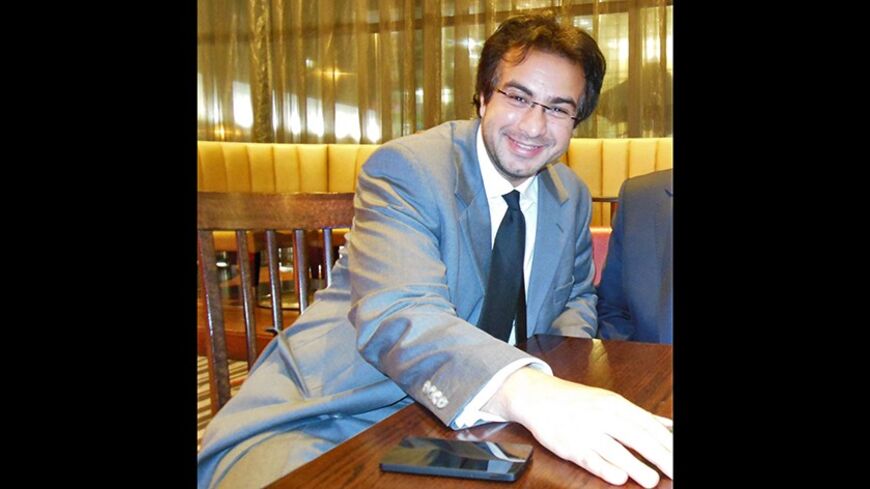 Bassem Sabry at the International Press Institute's World Congress to receive the Press Freedom Award with other members of the Al-Monitor team in Cape Town, South Africa, April 14, 2014. - Al-Monitor
April 29, 2014

The Al-Monitor family is deeply saddened to learn of the untimely passing of our friend and colleague Bassem Sabry.

“Bassem Sabry represented the true pulse and spirit of Al-Monitor,” said Jamal Daniel, founder and CEO of Al-Monitor. “Our thoughts and prayers are with his family.”

Sabry, whose columns on Egyptian politics regularly appeared in Al-Monitor, was widely considered to be among the most incisive and respected analysts of the country’s politics.

In addition to Al-Monitor, his writings appeared in Foreign Policy, The Atlantic and Hurriyet Daily News, as well as Al-Masry Al-Youm, Al-Shorouk and Al-Tahrir.

“This is tragic news,” said Al-Monitor Editor-in-Chief Andrew Parasiliti. "His columns on Egypt were must-reads. We will miss his brilliant analysis, his good humor and, most of all, his friendship.”

“Bassem loved Egypt and was passionate about its future, something we all could read in his writing. His loss will be felt by the many people that he touched during his far too short life,” said Michelle Upton, Al-Monitor vice president and managing editor.

Various Egyptian news outlets reported that Sabry apparently died from a fall from a balcony in Cairo on April 29.