The Qatar channel between Gaza and Israel

Qatar, which has taken upon itself major construction projects in the Gaza Strip, has become an indirect communication channel between Israel and Hamas. 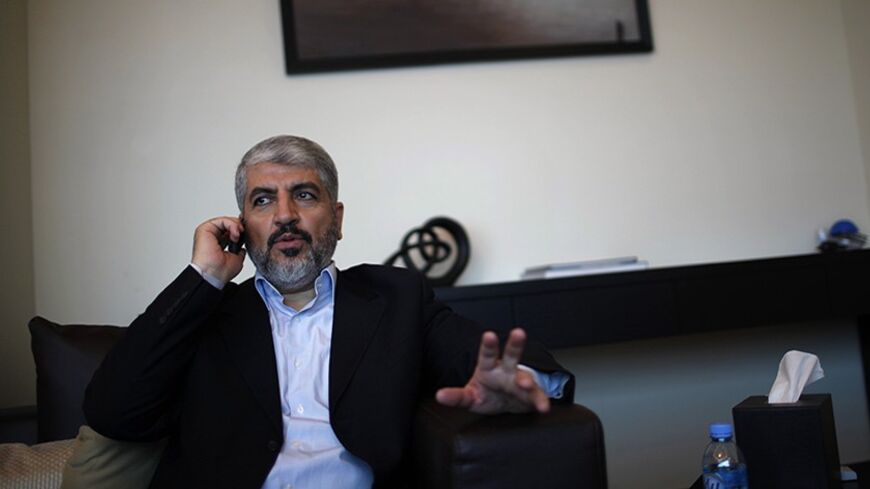 Hamas has already come to terms with the fact that its southern border with Egypt — including its only gate to the outside world, the Rafah crossing — will not open up in the near future. After the initial shock and anxiety over the anti-Hamas mood prevalent among the new Egyptian regime, the time has come for the movement's leadership to recognize and accept this. In the absence of any other option, vital communication channels with the Israeli side were developed to ensure that life goes on as normally as possible in the Gaza Strip.

One Israeli security source described the situation thusly: “Hamas realized that if they have any chance of finding a light at the end of the tunnel, it won’t be in the Rafah region, but actually at the Erez and Kerem Shalom crossings, which link Gaza to Israel.”

Hazem Balousha, a contributor for Al-Monitor’s Palestine Pulse, gave a very accurate description of the enormous embarrassment felt by the movement’s leaders over the relationship between senior Hamas member Ghazi Hamad and the Israeli Gershon Baskin, a relationship that emerged out of necessity because there were no other options. It is worth remembering that the private channel between Baskin and Hamad succeeded in the past, when all others failed, in obtaining the release of abducted Israeli soldier Gilad Shalit in exchange for 1,027 Palestinian prisoners in Israeli jails. This channel has continued to operate on occasion, even after the deal was reached, particularly when it became necessary to relay messages rapidly between the two parties to avoid military escalation.

But the Baskin-Hamad channel is not the only channel of communication between Hamas and Israel. Another important and even more intricate means has been put together via Qatari representatives who link Israel and Hamas, and even relay position papers between the leaders of the two sides, doing so with the support of senior leaders in the wealthy emirate.

Ever since the fall of the Muslim Brotherhood in Egypt in July 2013, Qatar has been accused by the new Egyptian regime of supporting the Muslim Brotherhood. The charge is based mainly on the openly critical position taken by the Qatari news network Al Jazeera toward the overthrow of deposed President Mohammed Morsi by the Egyptian military.

Suddenly, and with no prior collusion, Hamas and Qatar find themselves sitting together in the defendant’s chair. They have both been accused of collaborating with the Muslim Brotherhood, arch-nemesis of the new Egyptian regime.

Qatar currently funds several large economic projects in Gaza, such as the establishment of a large hospital. It also funds the building of new infrastructure and the renovation of existing decrepit infrastructure. This includes Gaza’s crumbling sewer system, which poses a health risk to Gazans (while threatening Israel’s groundwater resources). Qatar also invested tens of millions of dollars to pave Salah al-Din Road connecting the northern Gaza Strip with the south.

Furthermore, Qatari architects, engineers and other professionals, along with some foreign experts representing Qatar, enter Gaza through the Erez Crossing with permits issued by Israel in coordination with Qatar’s Ministry of Foreign Affairs and Economy Ministry.

Additionally, the Qataris have committed to procuring all required raw material from Israel, not only because they have no other choice, but intentionally, out of the belief that this would soften the Israeli position. The purchases are currently valued at tens of millions of dollars, and in the coming years the total investment could amount to hundreds of millions of dollars. In other words, Israeli corporations benefit from the existence of projects funded by the Qataris in the Gaza Strip.

Hamas also benefits because the projects enliven Gaza’s battered economy by providing employment for hundreds of locals. And the Qataris believe it benefits them because they see Israel as a vital bridge to the heart of the US administration.

One of the Qatari intermediaries offered the following cynical description of the emirate’s activities in the Gaza Strip: “We are rebuilding the ruins left by Israel in Gaza, while at the same time helping the Israeli economy.”

This business collaboration has also resulted in the creation of a “diplomatic” channel of communication between Qatar, Israel and Hamas. Qatar is helping to relay messages between the head of Hamas’ political bureau, Khaled Meshaal, and Hamas Prime Minister Ismail Haniyeh on one side, and Israeli contacts on the other. One of these is a prominent Israeli businessman, known to be a close confidante of Israeli Prime Minister Benjamin Netanyahu. Unlike the Baskin-Hamad channel, which is used to relay messages as quickly as possible in times of crisis (or to prevent an impending crisis), the Qatari channel was created to establish long-term strategic understandings between Hamas and Israel.

Hamas and Israel, through Qatari mediation, realize now more than ever that neither of them will vanish from the map. This means that they must reach an understanding that will enable them to live together.

Similar attempts in the past have ended in failure. In the spring of 2006, for example, Meshaal sent messages to Israel through a European intermediary, to no avail. Now the situation is different. The confluence of interests could lead to accommodations that could never have been reached in the past. The Hamas movement is in crisis and suffers from prolonged isolation. Israel is fighting off a wave of international boycotts, and it is obvious to everyone that any new military adventure in Gaza, justified as it might be, would harm Israel's public image.

What remains to be bridged is the psychological barrier. The leaders of Hamas deny, and will probably continue to deny, having any contact with Israel. After many years of bloody warfare between Hamas and Israel, and with so many ideological red lines set up by the movement, any compromise, indeed even any contact with Israel, could be considered an act of surrender by the general public in Gaza and elsewhere. Meanwhile, in the eyes of most Israelis, Hamas remains a terrorist organization, which means that there can be no contact with it whatsoever.

But reality inevitably trumps ideology. So far, common interests have managed to bridge even the most impossible of chasms.