My Conversation With Hamas 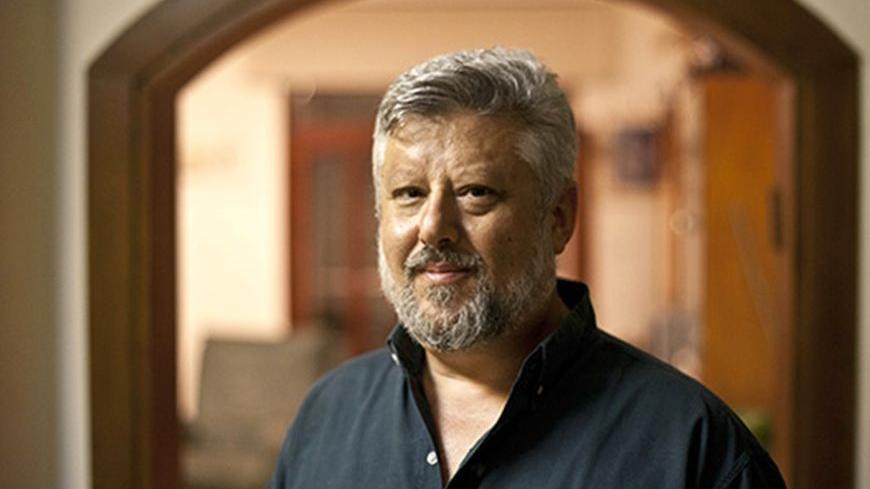 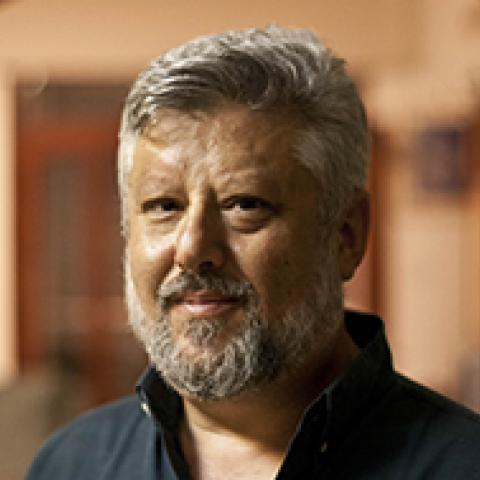 From June 2006 until October 2011, Ghazi Hamad, deputy foreign minister of the Hamas government in Gaza, and I, Gershon Baskin, founder of IPCRI, the Israel Palestine Center for Research and Information conducted a secret back-channel negotiation for the prisoner exchange deal that released Israeli soldier Gilad Shalit for 1,027 Palestinian prisoners. After successfully bridging what were thought to be unbridgeable gaps, we continued to talk to find a way of bringing about a long-term ceasefire between Hamas and Israel. Our last conversation was over the phone on Oct. 2.

We have conducted hundreds of hours of discussions over these years. I am often asked, “Is there anyone to talk to in Hamas?” Hamad is thought to be one of the most pragmatic leaders in Hamas yet even he cannot accept the idea of recognizing Israel and making peace. Can Hamas lead the Palestinian people to a better future? I tried to learn from Hamad if Hamas has developed a new strategy for dealing with their political isolation. Would the closure of the tunnels and the Rafah crossing and the Egyptian accusations against Hamas of collaboration with the Muslim Brotherhood against the Egyptian state create a process of inward searching for new directions?

What I learned from Hamad was that Hamas is lost. It has no direction. The leaders of Hamas do not know what to do. There are struggles within the movement between those who think that they should realign with Iran and Hezbollah. Others think that this would force them to support Bashar al-Assad, which they are opposed to as Assad continues to attack Sunnis in Syria.

The only direction I heard from Hamad was talk of reconciliation with Fatah. With Hamas so weak now, the leaders of Fatah are even more adamant in their demands that reconciliation will only take place on terms set by Fatah — meaning the disbanding of the Izz ad-Din al-Qassam Brigades and other Hamas forces in Gaza and being completely subordinate to the leadership of Mahmoud Abbas. This is a non-starter for Hamas.

Here are some highlights from our discussion, summarized, from Oct. 2, 2013:

Ghazi:  The Gaza situation is not easy. Gaza is like a big prison; Rafah crossing is closed. The Egyptians have shut down the tunnels. 1.6 million people are stuck here including students, patients, families, businessmen, and the situation is so hard. Sometimes people are dying, if they cannot get the correct medical treatment. Many of the students lost the ability to study this year. The goods from Israel are more expensive than those that came in the tunnels. People in Gaza don’t have money.

I think that the main challenge for us is how we can achieve national unity and reconciliation in order to put peace in place between us Palestinians. We must rearrange the whole situation in Palestinian society and make connections between the West Bank and Gaza. I can say frankly and honestly that Hamas is interested 100% in reconciliation, and we have repeated this many times.

Gershon:  But can Hamas support reconciliation when Abu Mazen is negotiating with Israel? Negotiations are going on between Abu Mazen and Israel, Hamas is opposed to these negotiations, will Hamas agree with Abu Mazen continuing to negotiate?

Ghazi:  I think we have to make an assessment of the whole situation. We have to understand what is good for the Palestinians and what is bad — is this by negotiations or resistance or other means? I am not convinced that the leaders of the Palestinian Authority in Ramallah are interested in peace or serious negotiations. The lessons of the past 20 years proves that negotiations lead to nowhere except wasting time while Israel continues to build more settlements and take away more of our land and rights.

I think we Palestinians have to sit together to think about a new political strategy, a new vision [and] how we can face the occupation.

Gershon:  Do you have an alternative strategy that can end the occupation and create a Palestinian state?

Ghazi:  Most people reached the conclusion that peace and negotiations are not useful. Abu Mazen went to United Nations to get membership ... OK, he got the state observer status, but what’s on the ground? What has changed? There is occupation; it did not change the settlements on the ground. I think the Palestinian Authority is also thinking what alternatives we have. We have to sit together, as Palestinians, all Palestinians, to think what are the most useful options for us. Now we have a kind of conflict between the resistance and those who think a political settlement is possible. So we have to think how we work together.

Gershon:  If you want democracy, if you want to ask the people, you need to go to elections.

Gershon:  You had elections in 2006 under occupation and those elections brought you, Hamas, to power. You didn’t boycott the elections then or say that they were not legitimate because of the occupation. It is much harder to agree to elections when you are not popular and it seems that the people in Gaza and the West Bank want to throw you out of power. Now you can say, “How can we have elections under occupation?”

Ghazi:  We cannot be sure that elections under occupation will give us freedom and power in order to be independent and fair.

Gershon:  Hamas is not popular today because your policies brought Gaza under siege due to your refusal to agree to the conditions of the international community to recognize Israel and renounce violence. The Palestinian people, especially in Gaza, are tired of the siege.

Ghazi:  From 2006, Hamas was isolated from the beginning. No one gave them a chance in order to live and govern normally. From the first moment we won the elections, we were under oppression, siege, blockade, political boycott, political isolation, closing off the borders and military attacks.

We have to work together because we are under occupation and so we have to do something together. It is not easy for Hamas in Gaza. We have problems of water, electricity, fuel, blockage ... [and it is] hard to transfer money to the banks. We, Hamas, and other Palestinian organizations have to make evaluations, conclusions, in order to create a new story.

Gershon:  Those are just words; I don’t understand what that means. If you’re talking about another intifada, do you think the Palestinian people are ready for another intifada considering the price they paid in the second intifada? What is the alternative strategy you are hoping to develop?

Ghazi:  As far as the Palestinians are concerned, the peace process is blocked now and there is no hope in the future. The Palestinians cannot be hostage to false negotiations while Israel continues to build settlements and has no intentions of letting a real Palestinian state be created. Every day they are building more cities and taking more land and putting more people in jail.

It’s 20 years that Israel is using negotiations as an umbrella to continue its policy of occupation. I can’t trust these people. I need a declaration to say 1967 borders are the borders of the Palestinians. West Bank and Gaza are not part of your state. You are planting more settlements everywhere, saying you want some military zone, you want the Jordan Valley. I don’t believe that Israel really wants peace, that they want a two-state solution.

Gershon:  OK, so maybe there’s no partner on both sides?

Ghazi:  We have no problem to establish our state on the '67 borders but not to recognize Israel.

Gershon:  But that’s not peace.

Ghazi:  It's mine, this land is mine; you should give it to me. You should not ask me to give you something in exchange. My land was stolen. I don’t have to give anything in return to get my land back. According to international resolutions, according to the UN Security Council, this is Palestinian territory.

Gershon:  Ghazi, in all honesty, it seems to me that Hamas is in real crisis now. You have lost the support of your friends and allies. The Muslim Brotherhood in Egypt is gone. Qatar is not so friendly anymore. Maybe it is time for Hamas to re-evaluate its entire position and come to new conclusions. Haven’t the Palestinian people suffered long enough?

Ghazi:  We will not surrender our rights. We will continue to struggle as long as it takes.

Gershon Baskin is co-chairman of IPCRI, the Israel Palestine Center for Research and Information, a columnist for the Jerusalem Post and the initiator and negotiator of the secret back channel for the release of Gilad Schalit. His new book Freeing Gilad: the Secret Back Channel has been published by Kinneret Zmora Bitan in Hebrew and The Negotiator: Freeing Gilad Schalit from Hamas by The Toby Press.