One of the five Iranian border guards kidnapped by a Sunni militant group has been killed, drawing the ire of Iranians online about a perceived lack of effort by the Iranian government to get them released. 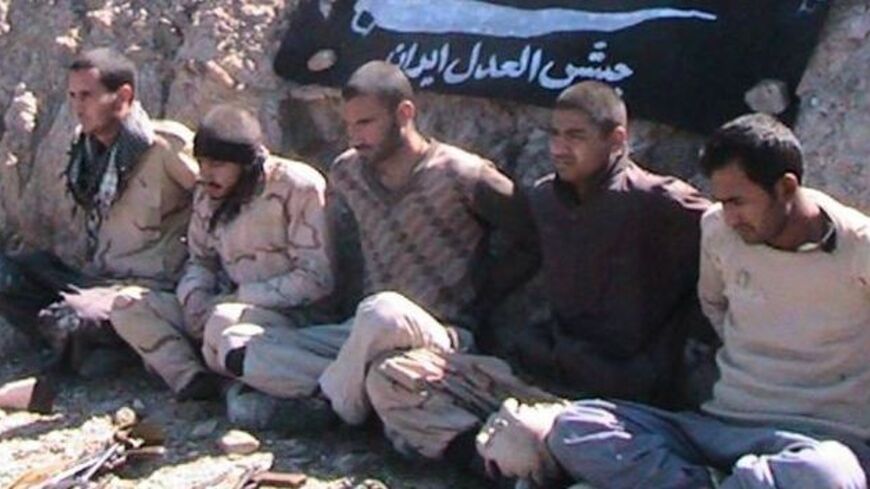 One of the five Iranian border guards kidnapped by a Sunni militant group on the Iran-Pakistan border has been killed.

Jaish al-Adl, a Baluch militant group, announced the execution of Jamshid Danaeifar March 22. After conflicting statements by Iranian officials, the news was confirmed March 24 by Iranian security officials from Sistan-Baluchistan province. Danaeifar, the 27-yeard-old sole officer among the border guards kidnapped in February in Sistan-Baluchistan, had a 10-day-old son.

It has been reported that in exchange for the border guards, the Pakistan-based Jaish al-Adl wants Iran to release 50 members of its group, 200 other Sunni prisoners being held in Iran and 50 female Sunni prisoners in Syria. Ibrahim Hamidi, head prosecutor in Sistan-Baluchistan province, was reported by Fars News today, March 25, as saying that Jaish al-Adl has never officially made the request for a prisoner exchange but that the claims made in the media were “illogical.”

Iranian officials had previously threatened to enter Pakistan’s borders in search of the guards if Pakistan was unable or unwilling to do so. Pakistani officials denied that their efforts were inadequate. “We searched our land inch by inch for the hostages but found no signs of them,” Tasnim Aslam, spokesperson for Pakistan’s Foreign Ministry, told the BBC yesterday.

In what turned into a controversy in both Iranian and social media, Aslam accused the Iranian officials of not cooperating in the search. “A special joint committee of Iranian and Pakistani officials was convened, but Iranian officials never contacted us about this,” she said. The spokesperson from Iran’s Interior Ministry denied the accusations.

Frustrated by the news of the killing and the statements by Pakistan’s spokesperson, some Iranians began sharing pictures of Danaeifar on their Facebook pages juxtaposed next to Gilad Shalit, an Israeli border guard kidnapped by Hamas in 2006 and released in 2011. They compared the steps Israel took to secure the release of its soldier to what Iran has done.

BBC Persian anchor Mehdi Parpanchi, who was one of the earlier Facebook users to share a picture of Shalit, wrote on his Facebook page that after the kidnapping, Israel’s government made “extensive efforts” to secure his release. He added that Israel released 20 prisoners just for a video of Shalit in 2009. He added that after “unsuccessful military attempts and numerous diplomatic efforts,” Shalit was released in exchange for 1,027 prisoners. The post was shared nearly 1,500 times.

Others on social media criticized the comparison, saying that Jaish al-Adl is a group whose origins, funding and location are not even known, and that after only six weeks, it has executed someone.