In an interview with Al-Monitor, Deputy Foreign Minister Zeev Elkin claims that Prime Minister Benjamin Netanyahu is willing to pay a political price for advancing negotiations, unlike the Palestinian partners. 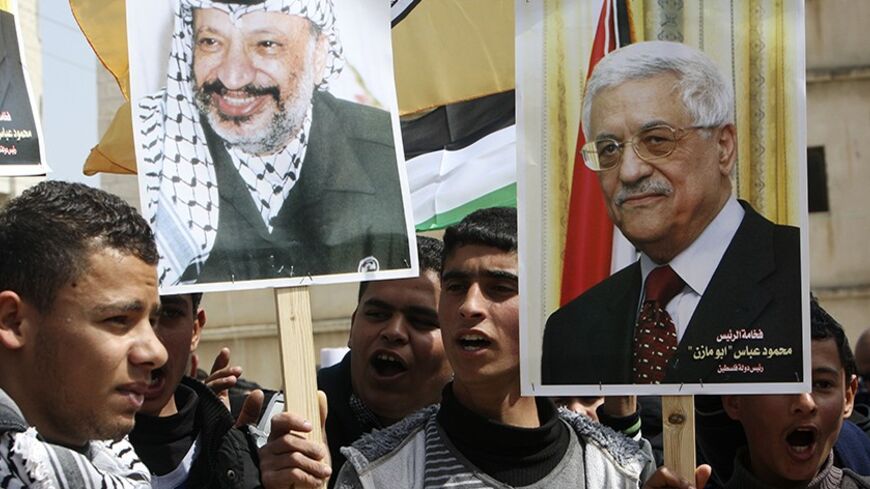 Moments before what looks like the breakdown of the negotiations between Israel and the Palestinians, Deputy Foreign Minister Zeev Elkin, a senior member of the hawkish wing of the Likud Party, is preparing for an information campaign war in the international arena. With the Kerry document about to be released, Elkin blames the Palestinian Authority Chairman Mahmoud Abbas and the Palestinian leadership for the deadlock.

In an interview with Al-Monitor, he emphasizes the steep political and public price that Prime Minister Benjamin Netanyahu has paid for his willingness to conduct the negotiations, and explains why he plans to fight against the implementation of the fourth pulse in the release of Palestinian security prisoners.

Elkin’s comments are an accurate reflection of the mood within the Likud and the right in general. On one hand, it places obstacles in the prime minister's way over the negotiations, while on the other hand it embraces and empathizes with him over the external pressures being placed upon him.

Al-Monitor:  Over the past few days, the number of voices on the right calling on the government to stop the fourth prisoner release has increased. Deputy Defense Minister Danny Danon has even threatened to quit the government over it. Will that have an impact on Netanyahu?

The government authorized the Ministerial Committee to decide on the pulses of the prisoner release. That same Ministerial Committee is authorized to decide that it is not proceeding with the release of prisoners and that it is waiting to see if the negotiations continue. It is quite possible that Israel needs to ask for clear answers from the Palestinians before it releases any more prisoners.

Al-Monitor:  What is causing you to estimate that negotiations will blow up?

Elkin:  Throughout the nine-month negotiation period, just as during the last 20 years, I have not seen any movement whatsoever in the Palestinian position. There has been no movement on anything. In terms of borders, they want the 1967 lines and are unwilling to budge a millimeter on that. They will not accept any long-term Israeli presence in the Jordan Valley, which means that they do not recognize our security needs. They are also unwilling to give up on the right of return, to recognize Israel as a Jewish state or to declare that the conflict could be ended. And I haven’t even mentioned Jerusalem. In other words, the Palestinian side hasn’t budged a millimeter on any of the main issues.

Al-Monitor:  Maybe you aren’t aware of everything going on in the negotiations being led by Israeli chief negotiator Tzipi Livni.

When the US secretary of state says that such recognition already occurred in the UN Resolution of 1947, it is focusing on the crux of the problem. After all, the Arabs never accepted that resolution. Furthermore, the most recent decision by the Arab League [on March 9] not to recognize the State of Israel as a Jewish state validates that. Why are they being so stubborn? Because it really is the core issue of the conflict: In principle, no Arab or Palestinian leader is prepared to come to terms with the presence of a Jewish state here. 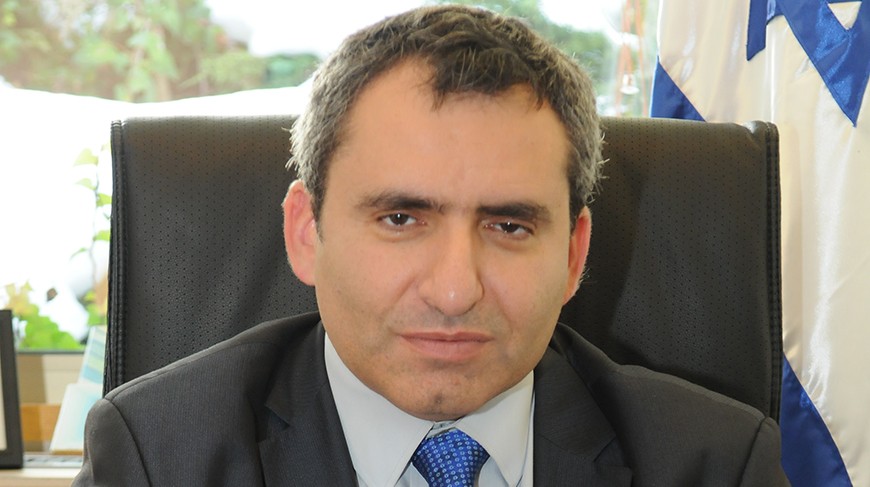 Al-Monitor:  And in which reality will we find ourselves in if the negotiations blow up?

Elkin:  If the Palestinians are really interested in negotiations, there is no reason for them not to continue, with or without the Kerry document. At first, the Americans considered the Kerry document to be a way to expedite the negotiations, but it is quite possible that it has become a problem instead of a solution. In the beginning, the idea behind the document was to get the parties to continue their negotiations, but it is possible that the document is now leading to a full-fledged blowup between the parties.

Al-Monitor:  So that’s it? The accusation games have already started?

Elkin:  We’re not playing the blame game. I think that the Israeli prime minister is paying quite a steep political price for his readiness to attend the talks on the basis of his recognition of a Palestinian state. That is no simple thing for him to do, considering his party and his electorate. He is certainly paying a complicated political price for his decision to release prisoners, even though this goes against the will of an absolute majority of Israeli citizens and 100% of his voters. No one does those kinds of things just to play the blame game. He does it because he really is prepared to engage in genuine negotiations. He paid a price for the freeze on construction, too, while the other side isn’t willing to pay any price.

Al-Monitor:  He was re-elected after construction was frozen.

Elkin:  He was elected by a very slim margin. The number of seats won by HaBayit HaYehudi party is an excellent barometer of the price paid by the prime minister. A significant part of HaBayit HaYehudi’s electoral card was the fact that Netanyahu agreed to a Palestinian state and to a construction freeze [in the West Bank]. Both those issues were part of their campaign. In the last Knesset, nine of our seats came from the religious Zionist community, but in this term, we received just five seats from them. We lost at least four of those seats as part of the political price that Netanyahu paid.

Al-Monitor:  As deputy foreign minister, aren’t you concerned about the boycott and delegitimization of Israel?

Elkin:  Today I am just as aware of the diplomatic threats facing the State of Israel as is Tzipi Livni. That is why I don’t think I can be accused of not knowing. And from this place of knowledge, I believe that there are real challenges that must be faced, but also that the way these threats and boycotts are depicted is exaggerated. There certainly [has been] damage, and we must deal with that, but it would be a tactical mistake to succumb to it. If we get them used to the idea that we are prepared to pay any price in order for the negotiations to continue, then we open ourselves up to extortion.

There was an argument between [Economy and Trade Minister Naftali] Bennett and Livni at the start of the current term. Bennett said that the world doesn’t care about the Palestinian issue. All it cares about is Israeli high tech. Tzipi Livni said that the world will boycott us, and we have to reach an agreement. I am somewhere in the middle of these two positions. There is a problem. Tzipi Livni may be exaggerating, but we would be hiding our heads in the sand if we said what Naftali Bennett said then.

Al-Monitor:  Israel has a serious problem with its information campaign.

Elkin:  Because we haven’t invested in our information campaign over the past 20 years, particularly in Europe. Take the 1970s and 1980s, for example. We were already in Judea and Samaria, but young people from Scandinavia still came here to volunteer on our kibbutzim. Today they come to volunteer at the checkpoints, together with the Palestinians. That reflects the change in European public opinion. It has turned 180 degrees.

We missed out on something deep, which is why we have a serious problem, but that does not mean we have to throw our hands in the air and give up on our national interests as a result. We have to analyze where we missed out and try to correct that mistake. It can’t be done in a single day, but it is important to invest in our information campaign today. It is a national mission.

Al-Monitor:  We fell asleep on our watch, while the Palestinians are working effectively in the information campaign arena.

Elkin:  We invested a lot in the United States, and we rank highly in US public opinion. [On the other hand] we’ve pretty much neglected Europe. We never considered it to be very important because the United States was the world leader, but also because we took Europe for granted. There are also demographic processes underway. There are more and more Muslims in Europe, which means that there is an electoral consideration within the European media and among some of the politicians.

Al-Monitor:  You are ignoring the fact that a peace agreement could improve our situation in the international arena.

Elkin:  Because I do not accept the claim that negotiations will save us from all the boycotts and vice versa. There is a simple fact, all the boycott phenomenon in Europe occurred during negotiations. So here's a proof: Negotiations aren’t what save us. It is much more complicated than that.

Al-Monitor:  And ongoing construction in the settlements doesn’t cause us any harm?

Elkin:  The Palestinians have succeeded in turning construction in the settlements, in the eyes of the Europeans, into the crux of the debate. There were negotiations when [Prime Ministers Ehud] Barak and [Ehud] Olmert were in office, and no one raised the issue then. It is all just a Palestinian propaganda tool, because it is easier for the other side to play in that field. The fact that there was an unprecedented freeze in construction and they did not take advantage of it to negotiate says everything.