Prominent Reformist: We can’t blame everything on Ahmadinejad

In an extensive interview, prominent Reformist Abbas Abdi criticized fellow Reformists for not taking responsibility for the 2005 and 2009 elections that brought Mahmoud Ahmadinejad to power. 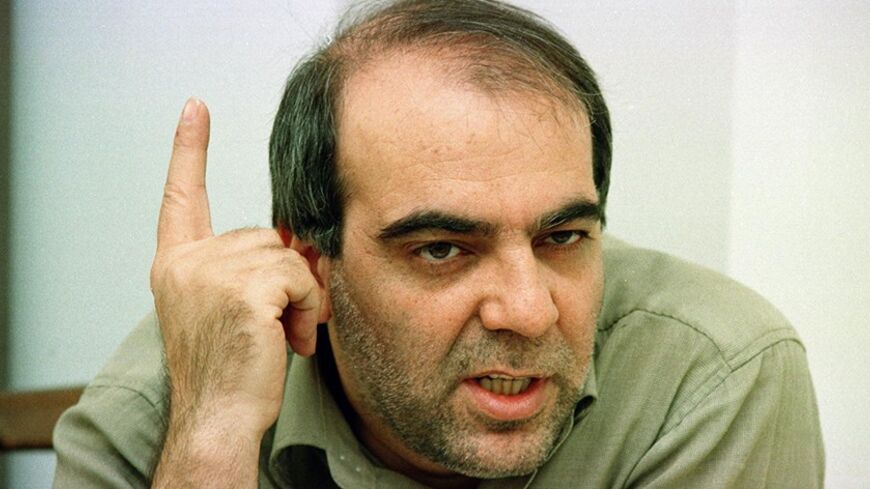 Abbas Abdi is a prominent Reformist in Iran. This undated picture was uploaded by Getty Images from Tehran on Jan. 1, 1999. - HENGHAMEH FAHIMI/AFP/Getty Images

In an extensive interview, the prominent Reformist Abbas Abdi challenged a number of common perceptions and beliefs regarding Reformists and the administration of President Hassan Rouhani, criticizing the former for their ineffectiveness and lack of cooperation with conservatives. He drew the praise of conservative websites for his observations. Abdi’s most controversial comments to the Reformist newspaper Etemaad, in a Nowruz special edition, concerned the 2005 and 2009 elections.

“The legacy of [former President Mahmoud] Ahmadinejad was not just a product [created] by him,” Abdi said. “Others provided the ground for this. Whether it was in the 2005 elections or 2009, unwise policies of others resulted in this dangerous situation. That we want to blame Ahmadinejad for everything only proves our passivity and ineffectiveness.” Abdi further contended that if the Reformists think they had nothing to do with the Ahmadinejad moment in Iran's history, then they must admit that they are “weak and ineffective.”

Abdi explained, “The problem of the country is not the Ahmadinejads, the problem is the Reformists who have to let eight years pass before they can confess to the mistake of 2005 and still will not say if it was a tactical or strategic mistake. And in another four years, they will talk about their mistakes in 2009, and another eight years about their mistakes in 2013.”

Abdi contends that the Reformists made a mistake in 2005 by not uniting their forces behind a candidate, thus paving the way for Ahmadinejad to take power. As for the 2009 balloting, Abdi believes there was electoral infringement on a small scale that would not have altered the reality of an Ahmadinejad victory, rather than electoral fraud, as many Reformists insist. This is a controversial position given that the 2009 protests, followed by a government crackdown, were based on alleged election fraud on a massive scale to keep Ahmadinejad in power.

Abdi also said that it was the responsibility of the Reformists to come to terms with conservatives to create a more open political climate in Iran. “Rouhani and his government came out of a political vacuum between the Reformists and the political structure [conservatives],” Abdi observed. “The Reformists were driven out of power, and the dominant forces within the political structure, because of their past performance, were marginalized among the people. But [Rouhani's] election does not mean that he has been able to or will be able to act beyond these two major political sides' [wishes] or bring them along in his [political] direction.”

According to Abdi, neither side “wants to retreat from their positions and views [doing so] as a humiliation.” He believes that the side that has the most to gain from compromise, that is, the Reformists, should be willing to change some of its behavior, but until now this has not happened. He added that many of Rouhani’s foreign policy initiatives will not reach the desired outcome unless he can bring the two sides together for “reconciliation and understanding,” a feat Abdi described as “harder and more important than the nuclear negotiations.”

Abdi discounted the “miracle of the ballot box,” with its theory that one vote can “solve all of the problems.” He asserted, “The ballot box is only dramatically effective when it reflects real political power.” He added, however, that since “this administration was able to significantly decrease the likelihood of war and to prepare the ground to an extent for cooperation with the world, we have to give it a positive grade.”

When asked if Rouhani could win the elections scheduled for 2017, Abdi demurred, noting that it is difficult to predict what will happen in Iran in the next six months, let alone the next three or four years. That said, given that in 2009 the supreme leader, Ayatollah Ali Khamenei, asserted that an “administration usually needs two four-year terms to advance their policies,” Abdi believes a Rouhani second term would be “natural.”

Abdi's interview was shared among conservative and hardline websites, among them Fars News, Tasnim, and Mashregh.