Malta, one of Israeli tourists' prime destinations, stands out for its exceptional Maltese-European citizenship sale for rich immigrants and for having the highest number of asylum seekers per capita in Europe. 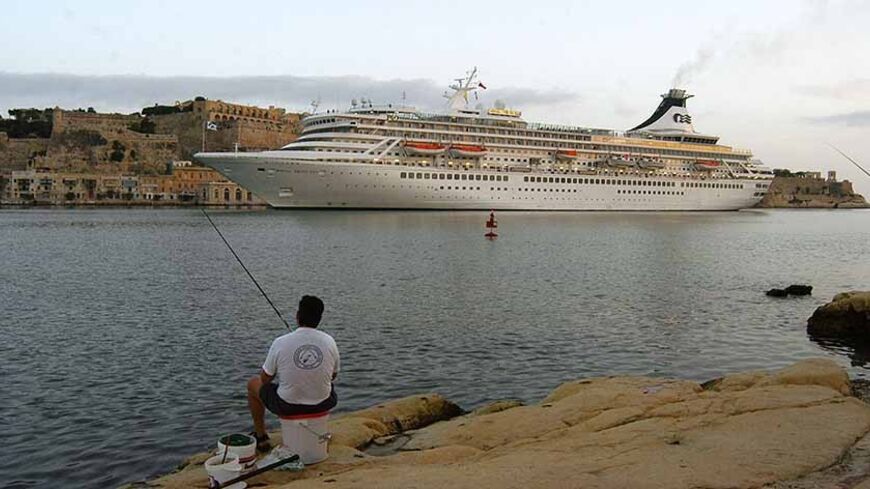 As is the case every Tuesday, last week, as well, on Feb. 4, the Malta Air charter flight that took off from Ben-Gurion Airport was jam-packed. Some three or four years ago, Israeli tourists discovered that the small island is a gem, offering magical landscapes and four lavish casinos.

Seven couples of merry retirees took their seats at the front of the plane, just ahead of us. They exchanged impressions about hotels and exhibited impressive familiarity with the island’s restaurants. Five days later, we met them again at the airport in Valletta, the capital. This time, the conversation centered on their gambling experiences.

It appears that relatively inexpensive package deals have placed Valletta high on the list of favorite Israeli gambling destinations, along with Rhodes, Burgas, Varena and other cities a mere two- or three-hour flight away.

Sea and casinos are not the only temptations Malta has to offer. Following the collapse of the Cypriot banking system at the start of 2013, businesspeople from around the world, including Israel, discovered the opportunities of Malta for those with money to invest. Hundreds of hedge and venture capital funds found refuge on the tiny island, and by the end of last year, more than 500 were operating there.

In an article published Feb. 7 by the Israeli financial daily Calcalist, an expert on international taxation, the attorney Henriette Fuchs, was quoted as saying that Forbes ranked Malta as one of the friendliest tax regimes in the world. (The rating was conducted in 2008.) Malta is signatory to 50 Conventions for the Avoidance of Double Taxation with various countries, among them Israel. With the ratification of the tax treaty with Israel in January 2014, Fuchs believes Malta will stand out as a favored candidate for Israeli investments in Europe. The treaty, according to Fuchs, provides effective protection for Israeli investors from the Israeli tax authorities on revenues from international investments.

Malta has an additional advantage to offer the Israeli investor: As a member of the European Union, it constitutes an attractive gateway to investment in the union. Fuchs noted that the similarity between corporate law in Malta and Israel, which are both based on British law, will help Israeli businessmen adjust to the Maltese business world.

An Israeli tourist who loves shopping, travel or seafood will find the topics of conversation familiar in this small Mediterranean country. In Malta, as in Israel, there is also a heated debate over the issue of asylum seekers from Africa. The number of residents is minuscule, some 411,000, but on the other hand, the population density is one of the highest in the world, with 1,302 residents per square kilometer (about 0.39 square mile) in 2012.

This has not, however, stopped waves of immigration to Malta. Its location, between North Africa and Europe, is likely the reason that in 2011, the number of asylum seekers per capita taken in by Malta was the highest in Europe. That is 10 times greater than the United Kingdom, for the sake of comparison. Malta, followed by Luxembourg and Italy, led the 2012 list of European states with the highest number of undocumented arrivals.

On Oct. 11, after yet another boat of asylum seekers capsized off Malta’s coast, its navy was the first at the scene, helping pull passengers out of the water. “As things stand, we are just building a cemetery within our Mediterranean Sea,” Prime Minister Joseph Muscat said at the time. “I don't know how many more people need to die at sea before something gets done," he said.

When the owner of a small restaurant in the crowded hotel district of St. Julian’s, adjacent to Valletta, heard that we were from Israel, conversation quickly turned to the issue of asylum seekers. “The problem with these Africans, is that they bring children into the world without being able to care for them,” the man said in excellent English, but with somewhat less refinement. “Afterwards, I’m the one who has to feed them out of my taxes.”

The next day, the boat driver who took us to the Blue Cave on Malta’s southern coast told us proudly that he had saved a group of refugees, among them children and pregnant women, whose ship had capsized. The survivors, he said, were heading for Italy, but their harrowing journey ended in one of the “detention camps” that the Maltese authorities have set up for them. These camps, like other such facilities in the Middle East, are the butt of sharp criticism by European human rights organizations.

Malta is coming under additional criticism from its colleagues in the European Union, which it joined 10 years ago, over a new program to provide a Maltese passport to anyone investing 1.15 million euros ($1.56 million) in cash or real estate in the country, or as opponents view it, to sell Maltese citizenship to the wealthy.

The plan is being criticized by Malta’s citizens as well. At the end of January, The New York Times quoted Maltese journalist Herman Grech, writing in The Times of Malta: “Refugees who have been here for years and are paying their taxes and working hard, don’t have Maltese passports. At least have the guts to give passports to everyone. It is completely xenophobic and cynical to only give it to rich people.”

The Maltese debate over the treatment of African migrants is not essentially different from the argument that heated up in Israel following the implementation of more stringent policies against asylum seekers.

The program to grant citizenship to investors includes a unique benefit that might appeal to Israeli businesspeople: It provides a ticket for entry to all 27 European Union states and to 69 additional ones, including the United States, without a visa. The recipient of the Maltese passport is not even required to relocate his or her residence to the island for very long. Unlike other countries seeking to attract the super rich, the owner of the new Maltese-European passport will be required to live for only one year — a condition adopted under pressure from the European Commission — in the country where he or she will become a citizen.

Nonetheless, a senior European Union official told Al-Monitor that the heads of the union were heavily pressuring Malta to scrap the program, and he foresees this happening soon. Anyone seeking attractive investment opportunities in Europe had better hurry.