An Iraqi diplomat has been reported as claiming that Baghdad will sign an arms deal with Iran, but other officials from both sides refute his alleged assertions. 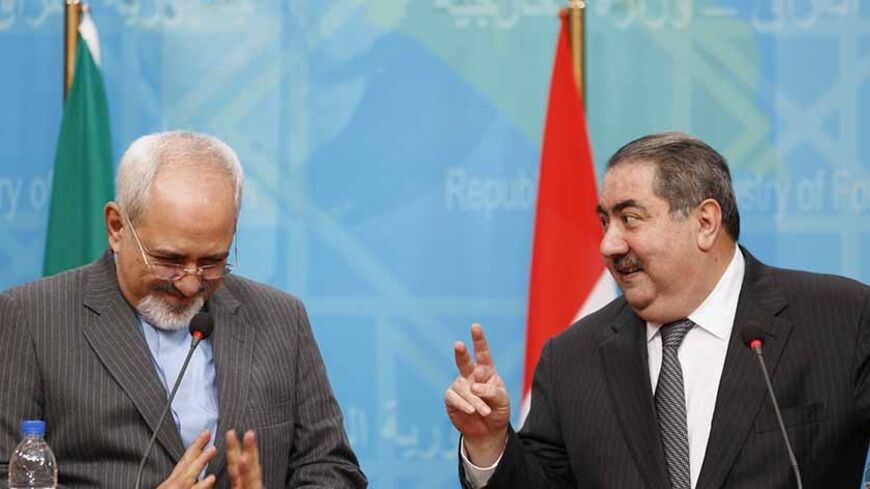 In a Feb. 4 interview with the semi-official Iranian Tasnim News Agency, Mohammed Majid al-Sheikh, Iraq’s ambassador to Iran, was reported to have revealed his country’s intention to strike a deal to buy weapons from Iran. The agency quoted Sheikh as saying, “Some well-informed sources said that the Iranian-Iraqi talks came in light of the Iraqi Ministry of Defense’s vision of the need to supply the Iraqi army with Iranian-made military equipment, given their efficiency and importance.”

This style of statement is inconsistent with the ambassador’s official role, which is to present the official position of the Iraqi government, from official Iraqi sources, not from “well-informed sources.” This calls into question the validity of this supposed news, especially since it has not been confirmed by Iranian authorities or the Iraqi officials typically involved in such deals.

Mohammed Ugail, a member of the ruling coalition in Iraq, had declared in a Jan. 17 interview with a Russian website that the Iraqi government was seeking to strike arms deals with Egypt as well as Iran. In addition, several newspapers and news websites have reported on an Iraqi purchase of Iranian weapons, giving the story additional impetus by claiming that the deal has already been sealed. They quote Sheikh as having said, “Iraq signed a memorandum of understanding with Iran to buy weapons and military equipment.”

Iraqi Defense Minister Saadoun al-Dulaimi had traveled to Iran on Sept. 23, it is thought to discuss ways to promote defense cooperation between the two countries. His visit followed that of Iraqi parliament speaker Osama al-Najafi, to offer condolences to the commander of the al-Quds Force, Qasem Soleimani, on the death of his mother.

Rumors have circulated since those talks were held on paving the way for concluding deals for Iraq to buy weapons from Iran. This raised concerns among the Iraqi opposition parties, with some parliamentarians of the Iraqiya List expressing fear of possible repercussions of such a deal on the US-Iraqi relationship, not to mention reservations about the quality of Iranian weapons, since Iran is not considered in the league of developed countries in arms production.

Iran’s defense minister, Mohammed Hijazi, denied reports of a deal with Iraq, while at the same time expressing his country’s readiness to aid Baghdad in its war against al-Qaeda. In addition, Hassan Dana’I Fer, Iran's ambassador to Iraq, declared that Baghdad had not made a request to purchase weapons from Iran. Members of the Iraqi parliament's Security and Defense Committee claimed to be unaware of any information about an arms deal between Iraq and Iran.

Given that the news of a deal was allegedly announced by an Iraqi official but later refuted by officials from both Iran and Iraq, the possibility exists that it was an attempt to gauge the pulse of the Iraqi public’s reaction to such a deal, as well as that of other parties, including the United States. Therefore, although this "news" appears to be false — as there is no evidence to support it, and there is plenty of evidence against it — it could become a reality in the near future, given that Iraq needs urgently to arm its military, especially since previous arms deals with the United States and Russia faced some difficulties and barriers.

Regardless of whether the news of a deal with Iran is true, such a decision is not likely to be to Iraq's advantage for a number of reasons. First, it would exacerbate the tense sectarian atmosphere, since the Iraqi government has been accused by its Sunni opponents of being led by Iranians and working according to their agenda. Striking an arms deal with Tehran would give additional legitimacy to these claims.

Second, Iranian weapons are reproductions of Russian arms. Thus, Iraq would be better off buying from the original source. It is to Iraq's benefit to resolve the problems and barriers in arms deal with the major powers, rather than resorting to deals with Iran. Third, an understanding is likely to irritate the United States, which has an arms contract with Iraq as part of their security agreement. Fourth, a deal would alleviate sanctions pressure on Iran, which the United States is seeking to keep in check using a carrot-and-stick approach.

It seems that news of an arms deal with Iran has been blown out of proportion within the context of Iraq's sectarian and political conflict. A deal, however, remains on the agenda of the Baghdad government, which faces real problems in equipping the army and providing intelligence support to deal with ongoing insecurity.