As the Geneva II conference resumes, let us hope that efforts like the evacuation of Homs will quickly be repeated in other areas in Syria. 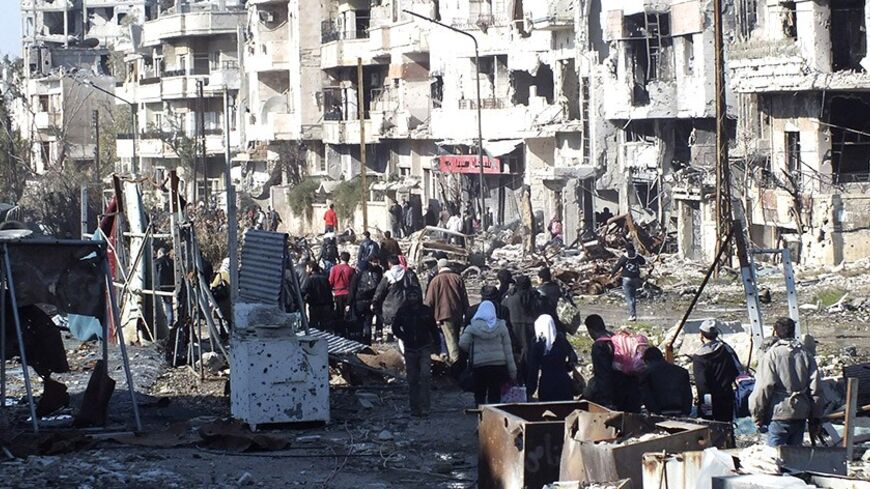 Civilians carry their belongings as they walk toward a meeting point to be evacuated from a besieged area of Homs, Feb. 9, 2014. - REUTERS/Yazan Homsy

Today [Feb. 10], participants of Geneva II resume their deliberations to resolve the crisis in Syria.

There was a glimmer of success in Homs, where some of the civilian population was evacuated successfully by the UN team, and it is hoped that this very limited humanitarian achievement can become a example to be followed more broadly and rapidly in many other areas in Syria.

Of course, the humanitarian priority is an urgent one to address and ultimately resolve the suffering of the Syrian population. It is hoped that the government of Syria as well as the opposition can start a political resolution process that would restore the national unity of Syria, resume its role in the region, prepare for a transition team that can be empowered to expedite bringing back the thousands of refugees who have been displaced. If measures are taken that lead to the success of the Geneva conference, this would start resolving not only Syria’s crisis but also the political anxiety in Lebanon, which as of the writing of this blog post has not had a functioning government for the last ten moths. Also measures that lead to success in Syria would help alleviate the dangerous sectarian crisis in Iraq that threatens to provide opportunities for an outright civil war.

So while chances of success at this moment do not appear to be what the international community considers feasible, it must be expected that the UN-brokered process directed by Lakhdar Brahimi with the help of the sponsoring powers the United States and Russia can bring forward elements of a resolution of this conflict, which has created immense suffering for the people of Syria and a great deal of anxiety among the entire Arab population of the world.

Perhaps this optimism is not yet reasonable, but it is undeniable that any major steps in the direction of a resolution would restore the hope that has eluded many in the international community for too long.

Let us hope that this skepticism about the chances of the Geneva conference will be answered by a breakthrough started by expanding the role the UN has taken on in Homs into many more areas.

It is crucial to lift the prevailing pessimism concerning Syria, the throbbing heart of the Arab nation. That this heart must immediately stop bleeding must be a collective expectation for the meeting parties.