The Egyptian presidency has submitted a proposal to establish a youth commission, yet while some welcomed the move, others considered it merely another attempt by the authorities to control youth movements. 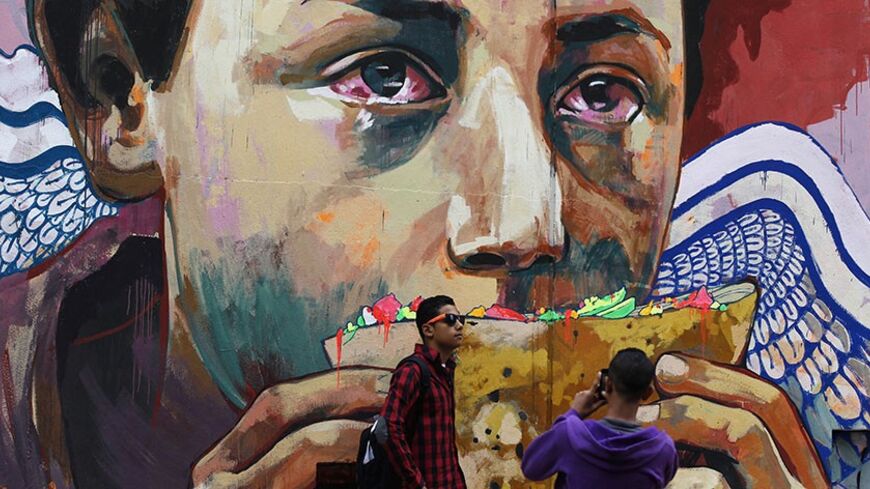 CAIRO — The issue of establishing a youth commission by the office of the president in Egypt, to enable young people to participate in decision-making within state institutions, sparked a controversy between the youth affiliated with various political movements in the Egyptian street. While some believed it a good opportunity to integrate youth into the political process, others considered it an attempt to distract the youth via a parallel entity, without including them in a clear way in state institutions. The latter group thought that this commission came within the context of other promises made to the youth by the office of the president that have not been carried out. Thus, it is important to determine the views of the various youth forces and consider the importance of the commission in empowering youths in political life.

In the context of the importance of young people' role in implementing the Egyptian road map, Mostafa Higazy, the adviser to the president for strategic affairs, proposed the establishment of a national youth commission, where the young people themselves would be in charge of planning. It was aimed at taking young people from the stage of merely having knowledge about politics, to empowering them, providing them leadership roles and giving them responsibilities in all state institutions. A series of meetings on this topic was held beginning in September 2013. The most recent was a meeting by experts representing various sectors of the national forces on Feb. 5, to discuss the articles of a draft law for the commission, with the aim of determining its final form as a prelude to launching a dialogue with various youth forces.

The proposed youth commission is not the first attempt to create an entity that gathers various currents of young people, especially after the revolution of June 30, 2013. It was preceded by a serious attempt to establish a "national council for youths," proposed by young people in the National Salvation Front (NSF) during a meeting with former Deputy Prime Minister Ziad Bahaa Eddin. This council was aimed at serving as a support body for the government during the transitional phase, and the idea later evolved into the youth commission.

Al-Monitor met with head of the Socialist Alliance Party Abdul Ghaffar Shokr, who presented a proposal to interim President Adly Mansour to create the youth commission. "The purpose of the commission is to enable youth to play a greater role in society. This will be achieved via providing them with humanitarian knowledge and experience in social work, so that they can manage a dialogue on issues and problems affecting society. Moreover, [the commission will enable them] to issue publications to express their opinions and implement service-based activities," said Shokr.

Shokr stressed the importance of not postponing the implementation of this project, in light of repeated calls to delay the establishment of the commission until after the presidential and parliamentary elections. According to him, a delay will lead to a draining of the efforts of young people.

Shokr clarified that there is a big difference between the commission and other proposed youth organizations such as the National Council for Youth, given that it is characterized by independence and is a nongovernmental organization.

Shadi al-Ghazali Harb, a political activist and member of the National Partnership Current, criticized the establishment of the youth commission. Speaking to Al-Monitor, he said, "The youth commission is an attempt to reproduce previous attempts to contain youths that occurred in the era of [former President Hosni] Mubarak and after the January 25 Revolution, because the youths currently maintain a kind of independence and are not expected to orient with the regime." According to Harb, this attempt will end in failure.

Harb believes that the best alternative to the commission is integrating youths within independent political currents and parties, and not creating a government entity for youths, regardless of whether or not it is independent. This is because the government is the one that proposed the draft law, and therefore the commission would be affiliated with the government, according to Harb.

Al-Monitor spoke with Ahmed Ban, a researcher specialized in the affairs of Islamic movements and a defected Muslim Brotherhood leader, who attended the meeting on the draft law for the commission. He noted that the problems that have affected state institutions for more than four decades have harmed the structure of youth movements. Thus, according to him, youths appeared unable to carry out their political role, as a result of lacking many skills. Ban said that this commission would not be a political arm of the state.

When asked about the potential for Muslim Brotherhood youth joining the commission, Ban said that he does not think this is possible. "The Muslim Brotherhood youths have turned their backs on the Egyptian state and the projects associated with it, including this commission and all other political efforts. They consider them to go against the legitimacy of the [Morsi] regime," Ban added.

Yet, Mohamed Fouad, a member of the April 6 movement's political bureau, disagrees with Ban. Speaking to Al-Monitor, he said, "We were not invited to the meeting [on the commission's draft law], and we refuse to sit down with any representative of the current regime. We have announced our demands since the January 25 Revolution, and we reaffirmed them on June 30, 2013."

Fouad continued, "Empowering the youth should be carried out on scientific grounds, for example via a committee or specialized group that enlists youth who are specialized in a particular field. This means they would be highly competent to take charge of a particular post." He added, "The problem with this commission is the people they have selected. We reject [taking charge of] posts, because we are concerned with national interests, not achieving personal interests."

He added, "The commission constitutes a form of the conflict within the office of the president between presidential media adviser Ahmad al-Muslimani and presidential strategic affairs adviser Mostafa Higazy, and their competition to attract youths."

Yet at the same time, according to Fouad, the April 6 movement does not oppose negotiations with the government. However, the movement has conditions for these talks — they should be based on a foundation with clear features, where the government sits down with each youth party separately, to reach common points. This method is necessary in light of the significant disagreements among the youth, according to Fouad.

Amira al-Adly, a member of the NSF youth movement, expressed her dissatisfaction at the delay in the implementation of the commission, in light of the transitional government's apprehension to take important decisions. Adly told Al-Monitor that the interim government is waiting for a president and parliament to be elected to address this issue, despite the fact that "empowering youths" is a part of the road map. Adly expressed regret at the fact that decisions are not being implemented in Egypt, despite the continuous presence of constructive ideas. Adly emphasized the importance of the commission as an entity that brings together partisan youths from various governorates and described it as a "bank of ideas." According to her, it is not merely a step to contain or empower youths.

It seems that there is a state of uncertainty surrounding the creation of the youth commission. From time to time, the office of the president makes a statement about a meeting between representatives from the youth forces and various currents. Yet, the visions and ideas that are proposed are not implemented. Furthermore, the project to create the commission has transformed into a competition between Higazy and Muslimani to attract the support of as many youth forces as possible. It seems that Higazy is focused on establishing the commission, while Muslimani is concerned with preparing meetings between youth forces. The abundance of calls coming from the office of the president could limit youths' influence in political life.