The Israeli-Palestinian peace talks eventually come down to the map. 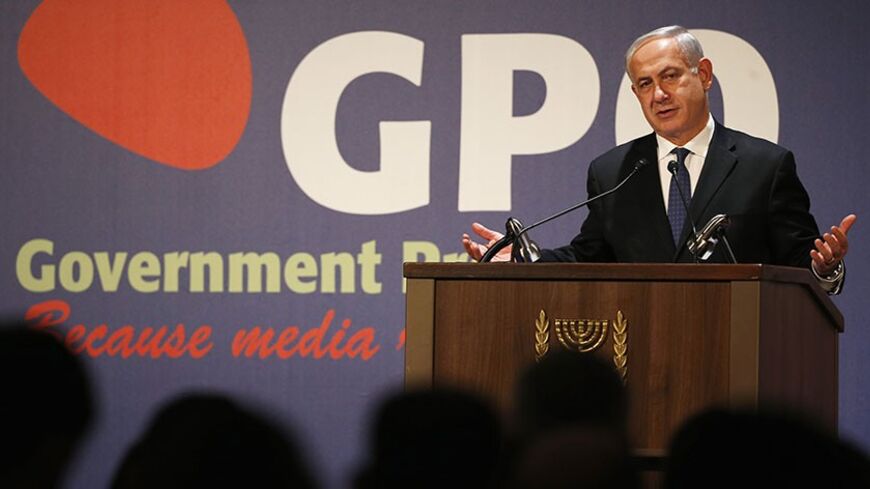 The conflict between Israelis and Palestinians is about the map — who gets what and how much of historic Palestine. US Secretary of State John Kerry may well have an opinion about this — it is hard to believe that he does not — but President Barack Obama's White House has yet to decide whether to break with the history of the last four decades and draw an American picture of what the states of Israel and Palestine should look like.

No such hesitation is to be found among the Palestine Liberation Organization and its chairman, Mahmoud Abbas, the signatories to the Arab Peace Initiative or members of the Organization of the Islamic Conference (OIC). They accept the June 4, 1967, border as the line dividing the state of Israel from the yet-to-be-created state of Palestine. They are prepared to consider modifications to this map, the so-called land swaps, not because they want to, but in order to satisfy Israel’s territorial demands over this demarcation.

In contrast, Kerry is not close to divining the picture that Israel is prepared to draw. Israel’s rejection of Gen. John Allen’s Jordan Valley security ideas is the latest evidence of this debilitating weakness. Netanyahu will, like all those Israeli leaders before him, continue to struggle mightily to avoid getting to the point in negotiations where he will have to present Israel’s bottom line, which will necessarily define the limits of Israel’s territorial appetite in Palestine.

This map, Bibi’s map, has never been taken out of the drawer. Chances are, Netanyahu and his advisors have never drawn such a map, even for themselves. Why bother, when, Kerry’s effort notwithstanding, there is no serious American or international pressure to do so? Presenting such a picture, even if only among themselves, would suggest that Israel is indeed coming to the point where it will be forced to make a choice. Why would Netanyahu, who has yet to demonstrate that kind of leadership while becoming Israel’s longest-serving prime minister, put himself in such a predicament?

Drawing a picture of an agreed upon final status map is complicated for the Israelis. Since the earliest days of the Zionist movement, its leadership has preferred to create facts on the ground rather than limit its vision by drawing lines on paper. By preference, and as a matter of negotiating principle, then, the Netanyahu government wants everything, or almost everything, of Palestine between the Jordan and the Mediterranean.

As always, Netanyahu’s point of departure is the satisfaction of Israel’s expansive security and settlement interests. The leavings become Netanyahu’s Palestinian state, relegated to a little more than half the West Bank plus Gaza.

Areas A and B comprise the bits of the West Bank that have too many Palestinians for Israel’s purposes. At 40% of the West Bank, they form the heart of Netanyahu’s Palestine. Had the Oslo II accords not created them, Israel alone would have invented something like Areas A and B as a mechanism for squaring the circle — that is, keeping the land (Area C) but not those who live on it (Areas A and B). A state based on this concept lacks the territorial, inspirational (Jerusalem) and security prerequisites necessary for the exercise of sovereignty, and that of course, is Israel’s core strategic objective and the corollary to its settlement and security demands.

Netanyahu’s desire for the West Bank is limited only by those factors that Israel considers to be irreconcilable with its own vision. The Palestinian demand for East Jerusalem, last week seconded by the OIC in Morocco, or the division of the city according to the Clinton parameters, is therefore a non-starter. Ditto for Israel’s surrender of settlement blocs including Ariel, Givat Ze’ev or Ma’ale Adumim. Even the separation barrier, reluctantly established by Prime Minister Ariel Sharon, has not limited Netanyahu’s vision. Israel expects that the Palestinians and the international community have internalized its assumption that all the territory west of the barrier is already naturally part of Israel. Meanwhile, east of the barrier, settlements continue to flourish. In recent days, Netanyahu himself has declared that settlements in the central Palestinian heartland, around Ramallah and Hebron, are also considered inseparable parts of Israel’s permanent sovereign domain. Together, these areas comprise 13% of the West Bank.

Kerry’s focus on the Jordan Valley has hardly made an impression on Jerusalem. Netanyahu is happy to pocket Kerry’s willingness to accept the principle permitting the deployment of Israeli troops beyond its sovereign borders and its control of Palestine’s border with Jordan, but he has refused to reconsider any diminution of direct Israeli control there, including removing the Jordan Valley’s civilian settlements and its settler population of less than 10,000. In Netanyahu’s ideal world, the Jordan Valley, totaling one third of the West Bank, remains outside Palestinian control.

Bibi’s current ideas suggest a willingness to expand Areas A and B from the current 40% agreed to in the Oslo II accords almost two decades ago to approximately 54% of the West Bank. This map of Palestine would require Israel to evacuate close to a quarter of its recognized settlements and scores of unrecognized “outposts” established since 1996. Perhaps 20,000 settlers would find themselves on the wrong side of the new border and thus candidates for evacuation. They represent barely a quarter of those identified on the map then-Prime Minister Ehud Olmert put before Abbas in September 2008.

For the time being, Netanyahu’s notions have yet to claim any diplomatic space, which continues to be dominated by issues that fall far short of drawing the lines of a new map of Palestine and Israel. This elusive map, however, hovers over the considerations of all concerned, who wait in fear or hopeful expectation of a change in the map created in June 1967.