The US State Department's response to recent Israeli insults reflects the new, tougher stance adopted by the Obama administration. 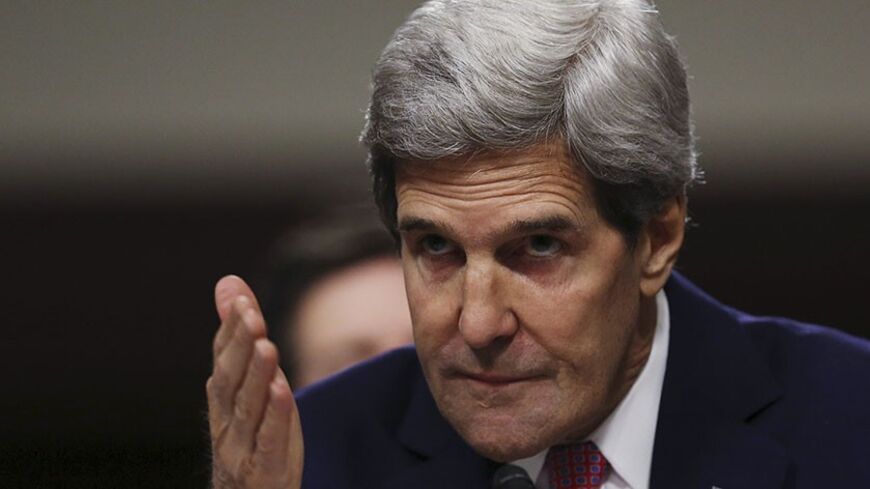 US senior officials, including President Barack Obama and Secretary of State John Kerry, have for years been the subject of Israeli criticism and overtly nasty insults. For the most part, they have tried to absorb such attacks and continue to pursue a healthy, positive relationship with their most important ally — until now. Secretary Kerry has shown Israelis and the world that he is human and that he and his State Department are not going to take it any longer.

The most recent Israeli attacks coincided with Washington’s plans to provide a bridging plan to break out the fruitless Palestinian-Israeli direct talks. While suggesting such ideas is bound to create opposition on both sides, the Israelis responded with a nastiness the Americans said is unfitting of a trusted ally.

The hard-line Israeli defense minister, Moshe Ya’alon, has been telling anyone willing to listen how he loathes Kerry and his plans. He went so far as to say the secretary's efforts stemmed from an “incomprehensible obsession” and that his drive for peace was “messianic.” At one point, Ya'alon stated that the US security plan designed by Gen. John Allen is “not worthy of the paper it is written on” and that Americans do not know anything about security. In perhaps the most insulting of all such statements, Ya'alon is quoted as saying that he hopes the US secretary of state wins the Nobel Peace Prize and then “leave us alone.”

Ya'alon was not the only cabinet minister whose statements irked Kerry and his hard-working team. The right-wing minister of housing, Uri Ariel, claimed that a Jan. 13 announcement on new settlement units was made “in coordination” with and "after the approval” of Kerry.

State Department officials and its spokeswoman, clearly with Kerry's approval, responded forcefully to both statements and demanded an apology. On the sidelines during a visit to Rome on Jan. 14, the department spokeswoman said that Ya'alon’s statements, if true, were "offensive and inappropriate" and that they are not reflective of what one would expect from an ally. State Department and White House officials later chimed in on the issue. Regarding Ariel's utterance, a State Department official made it clear on Jan. 14 that no Israeli official has the right to speak on behalf of the secretary, that the US position on settlements has not changed and that Kerry has never met Ariel nor coordinated an announcement with him.

These responses to the Israelis' statements reflect a more aggressive stance that Washington seems to have adopted. It is clear that the Americans want both parties to know that they will not allow them to intimidate or use the media and other means to change the rules of the game. Kerry's newfound spine reflects the rumors that the Americans will not stand by silently when either party acts against their efforts to bring about a lasting peace. The Palestinians have been threatened with the potential cut of financial aid from the United States and Western countries, while Israeli writers note that the Americans have so many ways to make life unpleasant for Israel in public arenas.

The secretary of state's sternness is not simply a reaction to the hard-line Israeli cabinet members' position on the Palestinian-Israeli talks. Israeli media reports have argued that the ministers reflect the real thoughts and attitude of their boss, Prime Minister Benjamin Netanyahu. The Americans are also angry with Tel Aviv for its ongoing fanning of the flames in regard to Iran despite the breakthrough made in Geneva. The strong push by Netanyahu and the pro-Israel lobby for Democratic members of the Senate to vote for more sanctions against Iran has clearly angered the White House and the State Department. The feeling in Washington is that these senators are nudging the United States toward war against Iran and that their position would not be so hawkish were it not for the uncompromising and exaggerated anti-Iranian position of the Israeli prime minister.

The Americans' new spine is not really new. Every now and then, the United States fires back at countries that take its close relationship for granted. In the case of Israel, such positions usually do not last long and are soon publicly forgotten. Will the Americans stay tough this time? Will Kerry continue to show that he has a political spine? Will we see another capitulation in a month or two?