For the duration of the US secretary of state’s latest visit, the Israeli government will avoid announcing new bids for settlement construction. 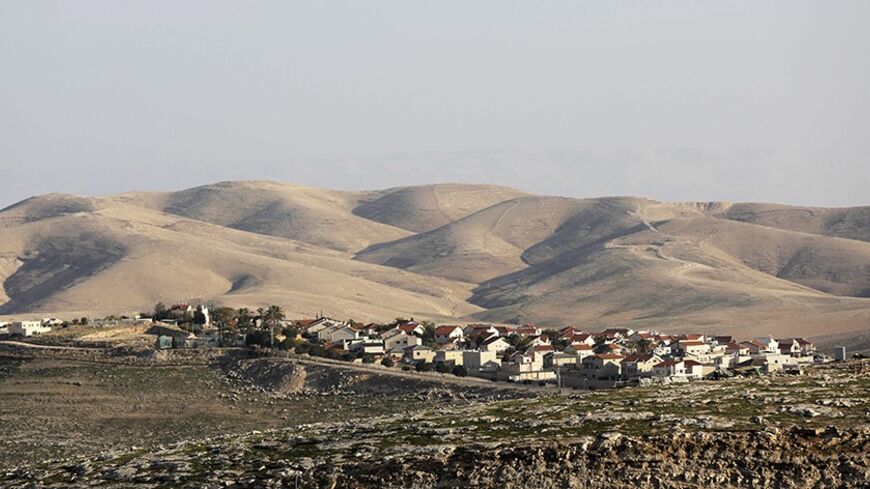 A general view of the West Bank Jewish settlement of Maale Adumim is seen near Jerusalem, Jan. 3, 2014. - REUTERS/Ammar Awad

Israel, according to an anonymous Israeli official interviewed by The New York Times, will delay “an expected announcement of bids for new settlement construction for the next few days while [US] Secretary of State John Kerry is in the region” to avoid "a potential high profile clash over the contentious issue.”

So, from now until Jan. 5, Palestinians can be assured that no bidding for houses in East Jerusalem will take place, due to an apparent understanding between Israeli Prime Minister Netanyahu and his Housing Ministry for the duration of Kerry’s visit. The question is, to what extent does the Israeli government underestimate people’s intelligence? Do they really think that this is in deference to Kerry’s visit? Do the Israeli official and his government believe that any serious discussions, let alone negotiations, can take place with such a mindset?

To underline what I consider a provocation, The New York Times quoted the Israeli official as adding, “We will respect John Kerry and not act to spite him.” I wonder, can this be true?

Rubbing salt into the wound, the official continued, “A day here or there makes no difference.” So perhaps the only serious deterrence is for Kerry to get a permanent residence in Jerusalem. It appears that in the mind of Netanyahu, the couple days’ postponement of a settlement increase is solely to avoid temporarily embarrassing Kerry.

Here again is an insight into why the ongoing “negotiations” are futile, and therefore, if there is to be a serious resolution of the conflict, the US administration must take measures to ensure that the settlements it has repeatedly called illegitimate are dismantled, not just frozen.

Yes, a day or two will make no difference, but the thrust of this statement encapsulates the mindset of a conqueror.

If the Palestinian Authority is not jolted by this Israeli approach to Kerry’s visit, then providing a license to what Oslo has started will continue.

This is the time for the Palestinian Authority to make clear that it takes seriously the UN resolution that defined its status as one of "military occupation” and will negotiate accordingly. Then, negotiations will be consequential.

A framework agreement at this moment will become a further and serious obstacle to an authentic peace settlement rather than what Kerry sees as the first step toward it.