Iraq a hotbed of human trafficking

Although the Iraqi government enacted a law criminalizing human trafficking in 2012, it's rarely if ever enforced. 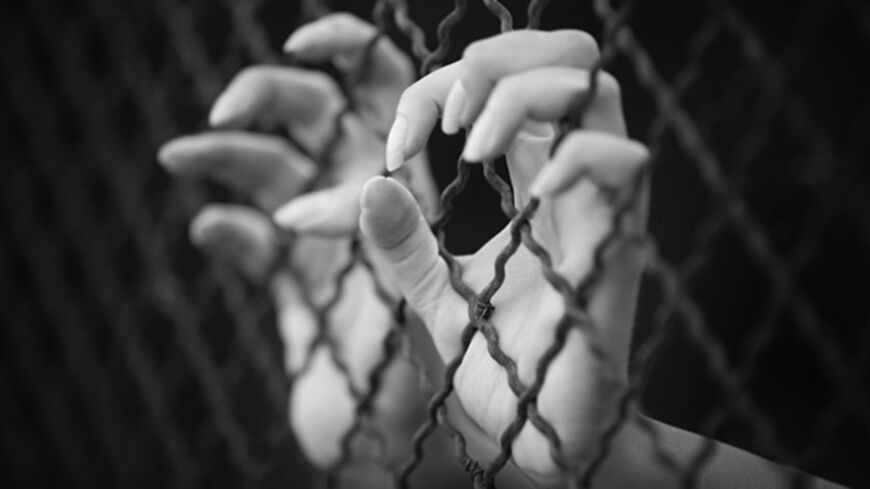 The Heartland Alliance, a US organization that deals with human rights issues, has tracked 100 cases of human trafficking in Iraq during the past two years, including in Iraqi Kurdistan. - www.basnews.com

The Heartland Alliance, a US organization that deals with human rights issues, has tracked 100 cases of human trafficking in Iraq during the past two years.

Razan Dyler, a representative of the organization in Iraq, told Al-Monitor, “It was very difficult to track these cases, which occurred throughout the Iraqi provinces, including some in Iraqi Kurdistan. The situation in the latter is even more complicated [than in the rest of Iraq], in light of the absence of laws criminalizing human trafficking in the region. Thus, people can easily carry out trafficking there, and the perpetrators have no reservations and fear nothing.”

Dyler added that the majority of the cases the organization has tracked involve human organ trafficking, female sex trafficking and child slavery. These acts are committed by gangs that organize begging and exploit foreign workers, through enslaving the majority of them and depriving them of their basic labor rights such as full wages and regular vacations. Moreover, Dyler clarified that the easiest cases to track are those involving exploitation of women for prostitution. Most victims of such forms of trafficking are originally from provinces in south and central Iraq.

According to Dyler, despite the fact that human trafficking in Iraq has clearly become a widespread phenomenon, the Iraqi government waited until 2012 to pass a law to combat this phenomenon.

The Iraqi courts have so far not issued any rulings in human trafficking cases, according to the organization’s records.

The organization found that many human trafficking victims are being pursued by security institutions and have faced judicial sentences in Iraq. This is despite the fact that they might have been abducted, sold or forced into doing what they were doing, especially in the cases of prostitution and begging, Dyler said.

The Heartland Alliance — in addition to other local and international organizations such as the UN, the Gender Studies and Information Organization and the Rasan Organization for Defending Women’s Rights in Iraqi Kurdistan — called for the enforcement of the human trafficking law that was issued by Iraqi courts in Baghdad. They also noted that Iraqi Kurdistan's parliament needs to ratify the same law, to stop the exacerbation of the phenomenon in the country and prevent it from getting out of control.

These organizations have recently set up a workshop in the city of Erbil to work to achieve their demands and search for ways to spread community awareness against human trafficking in Iraq.

“Human trafficking operations are not carried out randomly, but in a very organized manner by gangs that are involved in these operations at all levels — including begging, prostitution and organ trafficking. Children are being kidnapped and forced to beg, while young girls are being forced into prostitution in private homes. They all live under dire conditions that resemble slavery,” she added.

For her part, Joan Ismail Aziz, a member of parliament for the Kurdish Movement for Change told Al-Monitor that during the current session, parliament ought to discuss and adopt a law against human trafficking and impose severe penalties on perpetrators. She also added that the absence of a law to curb the growing phenomenon of human trafficking in the country “is a serious flaw in the government’s performance at the level of Iraq in general and the Kurdistan Region of Iraq in particular.”

In 2013, the US State Department released a report on human trafficking in the world, revealing that countries from Morocco to Iraq witness the worst cases of human trafficking, namely prostitution.

According to the US report, Iraq was categorized as a hotbed of human trafficking and smuggling from all over the world. This is not to mention that the Iraqi government has yet to fully comply with the law against human trafficking, but is exerting efforts to do so in the future. Moreover, the report mentioned the states that are still experiencing an increase in the number of cases of human trafficking and have failed to demonstrate that they are making a concerted effort to limit this phenomenon. Therefore, they must remain under the microscope.