Despite the support of various segments of government, Iran's "resistance economy" continued to struggle, paving the way for the Rouhani administration to implement reforms and get outside help. 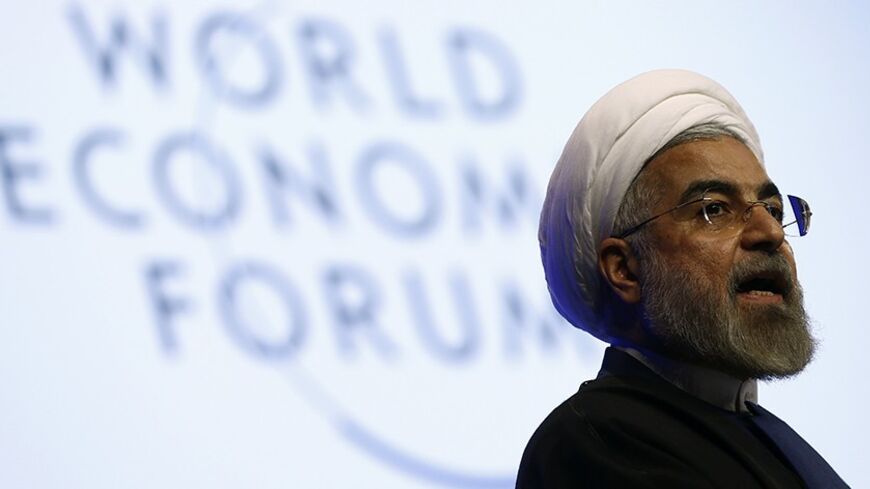 TEHRAN — Iran made the decision to prescribe “resistance” for its ailing economy more than three years ago, after US-led sanctions against it gained momentum. The strategy was an attempt to thwart the effects of the sanctions and accelerate the implementation of a long-awaited plan to reduce the country’s reliance on oil exports. The United States, however, moved too quickly for Tehran on new sanctions, leaving large parts of Iran’s nearly $1 trillion economy disconnected from the rest of the world and shattering hopes that the new strategy adopted by ultraconservatives would have time to work.

The idea to adopt a “resistance economy” came from Iran’s supreme leader, Ayatollah Ali Khamenei, who announced it in a speech in summer 2010. He later proclaimed the new year starting March 2011 as the “Year of Economic Jihad.” Twelve months after that, he proclaimed the “Year of National Production,” encouraging authorities to produce a revolution in the country's economy in defiance of Washington’s demand that Tehran abandon its nuclear energy program or face continued economic punishment.

The strategy required the government to take prompt measures to reduce reliance on oil revenues, which constituted approximately 60% of the country’s foreign revenues. Many also interpreted the call to “resistance” as a reaction to the populist President Mahmoud Ahmadinejad’s economic policies, which ultimately increased liquidity to 4,730 trillion rials ($190.3 billion) in June 2013, a sevenfold increase compared to 2005 figures, and increased inflation by more than 40% for the first time in years.

At present, the majority of political groups believe the economy simply did not respond to resistance, while a minority argues that the timing was not right early on. The groups who opposed the strategy from the beginning assert that the resistance economy was always a “myth.” They contend that the nuclear deal reached in Geneva between Iran and the P5+1 powers in November was a more true solution to the decadelong dispute with the West. The six-month agreement — which includes easing sanctions and releasing $4.2 billion in frozen Iranian oil revenue assets — is expected to breathe fresh air into the Iranian economy. In addition, President Hassan Rouhani has vowed to pursue a more comprehensive agreement in the near future that he hopes will further break the ice on relations with Iran’s greatest foe.

During Rouhani's January visit to Davos, he spoke about the possibility of reopening the US Embassy in Tehran, after 35 years of hostility. His remark elicited immediate and harsh criticism from hard-line conservatives in parliament, who accuse the moderate president of compromising with their long-time enemy while it continued to spout warmongering rhetoric against Tehran. These lawmakers believe the resistance strategy would work if given enough time.

With such groups in Tehran attacking Rouhani’s diplomatic efforts on a daily basis, neither the Geneva deal nor any possible future agreement can guarantee that resistance will not make a return as Iran's economic and foreign policy doctrine. It seems that a looming threat of an economic collapse has for now, at least in part, kept conservatives from adamantly insisting on their preferred policy.

With sanctions targeting Iran's economic Achilles’ heel, the petroleum sector, its oil exports have fallen to around 1.2 million barrels per day (bpd), down from 2.5 million bpd in 2011. The decline in one year alone, 2012-2013, reduced oil revenue by $26 billion.

Sanctions have affected other sectors as well. The automotive industry, which ranks second, after oil and gas in terms of revenue generation, is also in bad shape. In 2011, Iran produced 1.65 million cars, with exports to Africa, Iraq, Russia, South America and Syria. Production plunged by 40% in 2013, pushing the industry’s world ranking to 21st, down from 13th two years prior, and affecting 700,000 employees, constituting 4% of the workforce.

Iran has more than $100 billion in foreign exchange assets amassed around the world, but it has not been able to touch them due to the financial restrictions of the US-led sanctions. A shortage of foreign currency coupled with depreciation of the rial in the last couple of years caused food prices to jump multifold, raising fears among authorities that “resistance” for millions of Iranians living below the poverty line was exhausting them.

So, the Geneva deal was a relief for everybody, including ultraconservatives, despite their publicly expressed outrage against Rouhani’s “compromising.” In May 2012 in Tehran at the first conference held to discuss the “resistance economy,” Saeed Jalili, former secretary of the Supreme National Security Council and 2013 presidential hopeful, said that further sanctions would result in “further resistance and growth.” In less than a year after Jalili’s remarks, while he was Iran's top nuclear negotiator, Tehran secretly entered into direct negotiations with Washington, well before Rouhani took office as president, to address the problem in a different way. It was this effort that eventually led to the historic deal in Geneva.

So, conservatives correctly came to the conclusion that their strategy had failed to achieve its objectives, that is, to increase indigenous production and persuade Iranians to shun foreign imports in favor of domestically made goods. In the past three years, Iran has been forced to barter oil for low-quality goods, mainly from China, raising serious safety and health concerns among consumers. By letting the Rouhani administration, backed by prominent pro-reform figures, reach the interim deal with the United States and its allies, the right wing is itself getting some fresh air.

As the process moves forward, conservatives will have plenty of time to reconsider their strategy should Rouhani fail in his efforts to guarantee the Islamic Republic its “rights.” Advocates of the resistance economy, however, have already learned that it is not a strategy for the long term and that it would fail if the physical and financial infrastructures of the economy are not sound enough for an all-out confrontation.