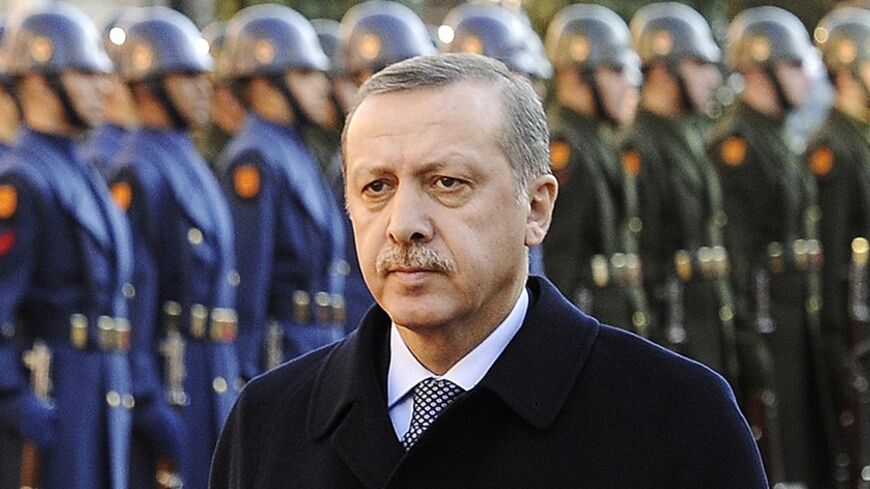 The “Year of Truth” may spell the end of the Erdogan era and with it, the eventual demise of so-called moderate Islam. 2014 derives its importance because the words “Turkey” and “Recep Tayyip Erdogan,” which in many ways are synonymous, and the “Year of Truth” cover it all.

The “Taksim-Gezi incidents” in their mildest definition or “Gezi riots” in their most extreme — they broke out at the middle of 2013 and rapidly spread to nearly the entire country — have tarnished Erdogan’s image on an unprecedented scale and basically brought an end to his dreams of being elected a “president with increased powers” in 2014 and installing an executive presidential system in Turkey.

Erdogan had dreams of ruling Turkey with an “one-man rule” until 2024 by securing constitutional amendments that would enable installing a kind of Latin America-France-Russia-mixture presidential system that would enable him to be elected president for two successive five-year terms.

Until the middle of 2013 he was seen as an unchallenged leader who had the absolute possibility of realizing his project.

Gezi put an end to that dream. Nevertheless, calculations for a “powerful and effective” president continue.

The probable fatal strike came with the “bribery and graft” investigation that unexpectedly began on Dec. 17, 2013. The graft scandal since then has become the Achilles’ heel for the Erdogan government, as it would be for any government in any country. The tendency now is to describe the graft scandal as a power struggle, a kind of “civil war” between two former coalition partners within Turkey’s pro-Islamist state system, between Erdogan’s Justice and Development Party (AKP) and Fethullah Gulen's Cemaat [faith community] followers, who are formidably powerful in the judiciary and police.

Indications to back up this analysis are plenty. Erdogan’s reactions to the scandal, which has led to changing of 10 cabinet ministers, the detention of the sons of three ministers and the consequent arrest of two, and which appeared to be aiming at Erdogan’s son and culminated in the detentions of the CEO of a major public bank and an Iranian-born businessman, have been to totally revamp the police structure, to launch a legislative war against the judiciary, to ignore the rule of law, to purge the bureaucracy — in short, to do anything conceivable to dilute the graft investigations.

Although it wouldn’t be wrong to perceive what has been happening as a cutthroat power struggle and an “intra-Islamist civil war” with unpredictable consequences, there is also an external, that is, an international facet of the struggle that goes beyond the Erdogan-Gulen strife. Many are talking of an “end of the Erdogan era,” even a “demise of moderate Islam in the region.” That analysis is based on the high probability that Erdogan’s name has been crossed out by the Western world, led by US President Barack Obama.

Erdogan and all his supporters have insisted that what has been happening since the Dec. 17 graft scandal is but an international conspiracy. Erdogan is desperately trying to promote this thesis at every opportunity.

The latest was on Saturday, Jan. 4: Accompanied by his ministers and advisers, he brought together his supporters in the media at an Istanbul breakfast, where he declared what was happening as a “global assassination.” What he meant by “global assassination” was that the international conspiracy actually targeted Turkey’s economic growth and tried to prevent Turkey from emerging as a global power.

When one remembers that for quite a while Erdogan has been using his own name, his party and Turkey's future as interchangeably synonymous, there is nothing surprising in his “global assassination” designation. But remember, during the last days of 2013 he was talking of a “war of independence” for a “new Turkey.” We can easily surmise that toward the March 30 local elections he will counterattack the “global assassination” by mobilizing massive local support.

It won’t be a “global” mobilization, but a local one, because Erdogan and his ruling party are in a desperate power struggle, isolated without international support, barring Qatar and the Kurdistan Regional Government. Although in these first days of 2014 he is still a leader with no alternatives in sight, there is a serious possibility that his party may lose the mayoral elections in Ankara on March 30 and fare worse in Istanbul, where he began his political ascent as a mayor in 1994. If the first quarter of 2014 shows a trend of Erdogan’s votes going below 40% and, more importantly, if he loses Ankara and Istanbul, then how Erdogan will manage to the end of 2014 will be seriously debated.

Although the last two weeks of 2013 illustrated the rapid downhill slide of Erdogan, it was still not easy to predict the damage that could be inflicted by new developments in the graft scandal and the consequences thereof.

All the international criticism abundantly voiced nowadays in a way might be seen as vindication of Erdogan’s claims of “global assassination” or an “international conspiracy.” But it also verified the possibility that 2014 could be a “Year of Truth" for himself and Turkey, and a harbinger of the “end of the Erdogan era.”

But whether Erdogan is justified or not in feeling persecuted, his dreams of unchallenged one-man rule are a thing of the past.