Samer Issawi's release set off exuberant celebrations in the streets, but more importantly has refocused the spotlight on his fellow hunger strikers in prison. 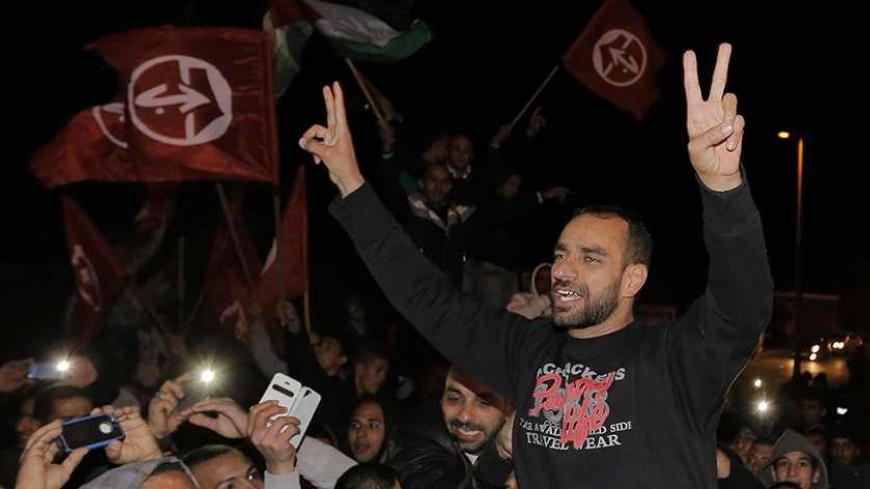 On Monday, Dec. 23, the village of Issawiyeh and Palestinians from the neighboring areas turned out in thousands to participate in the homecoming of Samer Issawi, 30, who after 17 months in an Israeli prison was finally released. Issawi had embarked on an epic 266-day hunger strike shortly after his arrest in July 2012, when he began refusing meals in protest of his imprisonment.

Women ululated and an atmosphere not unlike a wedding took place within the Issawi crowded family home. The young men and children outside chanted Issawi’s name and shouted against the Israeli prisons and occupation amid the backdrop of fireworks and lively activity in preparation for Issawi’s return.

“I can say that all the people from the village were out in the streets,” Muna Hasan, an activist and photographer from Jerusalem said. “Dozens came also from all around Jerusalem.”

This display of festivities in the village went on as planned despite the Israeli army interrogating members of Issawi’s family a day in the early morning on the same day of his release and warning them from having the celebrations.

Issawi was among the 1,024 prisoners released from Israeli prison in the 2011 October prisoner exchange, after spending 10 years of a 30-year sentence. He was also one of the first former prisoners of that deal to be rearrested by Israel, in his case on July 7, 2012, for “violating the terms of his release” that included he could not transgress beyond the borders of the Jerusalem governorate. At the time, he was in Kufr Aqab, a village that is mostly located within the Jerusalem municipality.

Issawi began his nine-month hunger strike on Aug. 1, protesting his imprisonment without any charges. Tireless campaigning by his sister Shireen, a lawyer and who was herself imprisoned for a year in 2010, aimed to raise awareness and end his arbitrary detention. But it transpired that the Israeli authorities were holding Samer based on Article 186 of Military Order 1651, which stipulates that on the basis of a secret file, a former prisoner caught violating conditions of his release could end up serving his original sentence.

As Issawi’s hunger strike stretched on for months, the Israeli army — as reported by Jillian Kestler-D’Amours for Al-Monitor — arrested over 100 Palestinians from Issawiya, including 40 children, and demolished the solidarity tent set up in the village over 30 times to deter public showings of support. Yet, Issawi adamantly refused to end his hunger strike, rejecting any deal that would secure his release in turn for a 10-year exile, and stressed that he would be released only back to Jerusalem. On April 23, a deal was struck between the Israeli authorities and Samer Issawi: in return to ending his hunger strike, he would be released on Dec. 23.

Issawi’s hunger strike, the longest in Palestinian history, began by initially refusing meals, before escalating into a complete strike. This would be accompanied almost immediately with nutrients and salts delivered through an IV, which reduced the risk to his life, although for such a prolonged strike it would cause damage to his vital organs.

On an international level, a group of Twitter activists formed the Free Samer Issawi Campaign — later renamed the Global Campaign for Palestinian Political Prisoners (GCPPP) — and began trending campaigns informing everyone of who Issawi was and how many days he had been on hunger strike. According to Abbas Hamideh, an Ohio-based Palestinian originally from Deir Yassin and GCPPP coordinator, since Feb. 3, trending campaigns occurred daily. This link captures the hash tags that trended worldwide on Twitter.

While systematic trending usually generates media coverage, Hamideh pointed out that the goal of these campaigns were to counter the traditional mainstream media bias when it comes to the Israeli occupation — something that does not need to be solely reliant on Twitter.

“Intensive efforts are undertaken to keep this media bias in place to keep the world community from responding with indignation to continuing Israeli atrocities,” Hamideh said. “We can clearly see that the hunger strikers have found the Achilles' heel of the Israeli detention system that oppresses the Palestinians. They are obviously failing to come up with a response that is able to defuse the determination of the prisoners when it comes to the issue of hunger strikers.”

For his part, Issawi saw that he was merely following in the footsteps of former prisoners who went on hunger strike to be released. “I had no doubts on continuing with my hunger strike until I achieved victory,” Issawi told Al-Monitor. “What drove me on was the popular support and the justness of my cause.”

Issawi’s act followed the momentum generated by the series of other individual hunger strikes that took place in 2012, the most prominent of which was Khader Adnan, who was compared to the Irish hunger striker Bobby Sands. But as a tactic, do these singular hunger strikes strengthen or weaken the overall Palestinian prisoners’ movement?

Murad Jadallah, a legal advocate for the prisoner rights group Addameer, explained to Al-Monitor that the hunger strikes are a reflection of the general condition of the prisoners’ movement.

“[The movement] has been weakened, fragmented and demoralized ever since the failed mass hunger strike in 2004, in which the Israeli Prison Service managed to end the strike in a way that dismantled the organizational structure of the movement and broke the concepts of the struggle to strike,” Jadallah said. “This resulted in the tendencies of individual self-interests to appear and the dependence and transfer of their demands toward the Palestinian Authority [PA] to improve their conditions, rather than insisting on their rights guaranteed in international conventions.”

This led to agreements signed by the PA and the Israel Prison Service to divide Palestinian prisoners according to the charges against them, the areas they are from and the organizations they belong to, and most significantly to improve the conditions of their detention over their basic rights.

“There is no doubt that the decision of a prisoner to undertake a solo hunger strike is completely his right, and we should not minimize or belittle his actions, or the struggle that he endures,” Jadallah emphasized. “It should be noted, however, that when we review the individual strikes, we must acknowledge the fact that these strikes cast a shadow over the ability of the prisoners’ movement to coordinate mass hunger strikes and put a strain on the collective ability to arrive at a consensus regarding timing and goals.”

While the hunger strikers have achieved symbolic status through their courageous acts steadfastness — “they put their own lives at risk in their struggles against injustice, in stark contrast to the more opportunistic and pragmatic attitudes of the PA” was how Hamideh put it — they have also briefly united factions in support of their endeavors.

“We can only expect the Palestinian prisoners to be affected by the frustration and dejection felt by the Palestinian public in light of increased punitive measures by Israel, as well as by the shift of the collective human rights discourse to the individual amid a lack of national strategy,” Jadallah concluded.

To date, there are three Palestinian prisoners on hunger strike: Thaer Abdo and the brothers Islam and Mohammad Badr. The three began striking on Nov. 15 in protest of their administrative detention (held without charges) and have been moved from solitary confinement in Ofer Prison to the Ramleh Prison hospital on Dec. 12. 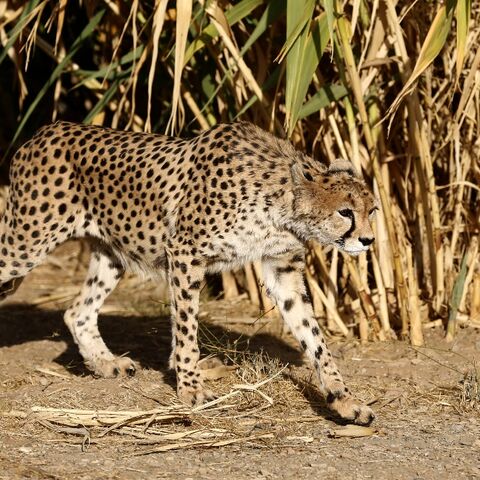