Israel, the Palestinian Authority and Hamas are all concerned about the changes underway in the West Bank's Salafist movement, which is transforming itself from a welfare organization into an armed terrorist organization. 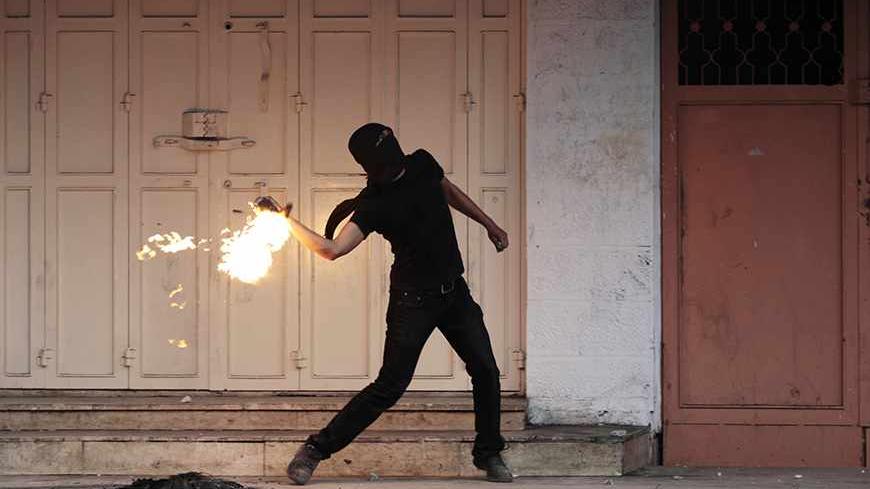 We learned last week that Israel, the Palestinian Authority and Hamas have at least one thing in common. They are all concerned about the changes underway in the West Bank Salafist movement, which is transforming itself from a welfare movement into an armed terrorist organization that is actively planning attacks. Three Salafist terrorists from the Hebron region were killed Nov. 26 by Israeli counterterrorism forces in the village of Yatta after plotting to launch a major attack in Israel. Overnight, the Salafists of the West Bank became known as a terrorist organization.

The Salafist movement in the West Bank was founded in the 1950s. According to current estimates, it has a few thousand supporters, most of them in the Hebron region, who view the establishment of an Islamic caliphate as a supreme value. Despite the movement’s name, the Freedom Party never was a political movement, if only because it did not recognize the Palestinian Authority as a governmental body with which it could cooperate. Most of its resources were spent recruiting supporters, establishing welfare and communal institutions and aiding the weaker segments of society.

Like the Muslim Brotherhood and Hamas, the movement’s welfare institutions are known as dawa. The literal meaning of the word is “call to prayer,” but over time it has become a comprehensive term among all the Islamist movements for their communal branches, which act zealously to help the needy, while at the same time preaching the groups’ beliefs and objectives.

Animosity between the Salafists and Hamas is intense, both in the West Bank and in Gaza. Nevertheless, the two movements have much in common. Hamas was also founded as a welfare and community organization by Sheikh Ahmed Yassin. The Islamic Center he headed raised enormous sums of money to establish that movement’s dawa institutions, which cared for the needy in Gaza’s refugee camps. Until the first intifada erupted in December 1987, activists affiliated with the Islamic Center received the backing and support of the Israeli Civil Administration.

The dawa created by Hamas, just like the Salafists’ dawa, operated on the basis of religious principles that called for cleansing society of its ills; aiding the needy, the elderly, and the sick; and bringing them into the embrace of religion. Hamas emerged from Yassin’s Islamic Center and the dawa institutions of the Gaza Strip and became an armed movement that placed jihad against Israel at the top of its priorities.

With Hamas, the transition from dawa to jihad occurred in the late 1980s. The same process is taking place in the West Bank with the Salafists, but with one important difference: The Salafists dream of establishing an Islamic caliphate without any borders, headed by an emir who inherits the role of the Prophet Muhammad and restores the Golden Age of Islam. The current emir of the Salafists is Ata Abu Rashta, a native of Hebron, whose current place of residence is kept secret.

The Salafists boycott the Palestinian Authority because they regard it as a secular government with no religious authority to rule over Muslims. They believe it is incumbent on every Muslim to oppose this illegal rule. But they also consider the Hamas government in the Gaza Strip unsuitable, because the Salafists believe that Hamas has abandoned its objectives and ideological ideas, such as jihad against Israel, in favor of the benefits of power.

Why did Salafist activists in the West Bank transition from a focus on productive and free welfare activities to the establishment of an underground jihadist movement? One official within the Palestinian Authority believes that there are several reasons behind the creation of the movement’s military wing. One of these is the weakness currently exhibited by Hamas, combined with the desire to replace it as the group that raises the banner of jihad against Israel. Furthermore, difficult economic conditions in Palestine, particularly in the refugee camps, attract young and old alike to the Salafist movement, where they can benefit from the aid offered to the needy, just like they would have received from Hamas in the past.

But the same source said that the most significant reason is the rise of the Salafists in Egypt, who were transformed overnight from an underground group to a widespread movement that won almost a third of all votes in the country’s last election.

On Nov. 30, Palestinian security forces in the West Bank made a wave of arrests of Salafist activists, who until then were considered religious figures and community activists. More than 20 activists were arrested, and another wave of arrests was anticipated soon. In the Gaza Strip, Hamas also conducts occasional arrest operations of Salafist activists who threaten its hold on the government, but the main concern is Salafist terrorism in the Sinai, where it would be detrimental to the already shaky relationship between Hamas and Egypt. The last thing that the government in Gaza needs right now is another conflict with General Abdel Fattah al-Sisi and with public opinion in Egypt, which is already hostile to Hamas.

And so, almost overnight, Hamas, the Palestinian Authority and Israel all found that they have a common enemy. It can only be hoped that by working together, whether directly or indirectly, all sides will succeed in preventing this relatively young fundamentalist movement from growing. It can also be hoped that the way Israel handles the change will be better and more effective than the way it tackled the rise of Hamas when it was a nascent terrorist organization.