The true face of Israeli poverty

Reports published lately indicate a growing number of families that are under the poverty line, while experts warn of an even worse report next year, unless drastic measures are taken. 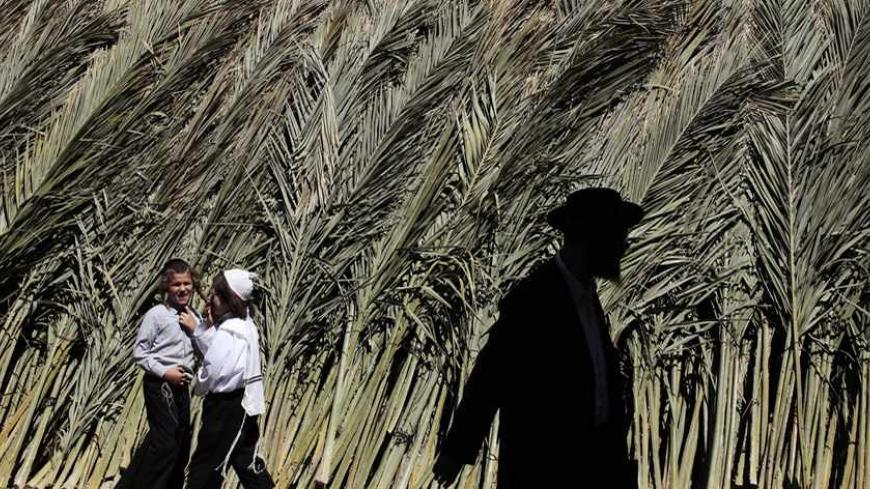 One day this last year, I was invited to visit a development town of Kiryat Malachi in the south of the country, to see the cruel face of poverty from up close. This time, the encounter was especially difficult because the impoverished faces were those of schoolchildren. I saw 8-to-10-year-olds as well as youths just a bit older. I arrived in the morning, a few minutes before the children were summoned to enter the school. They waited in the large yard and, when the bell rang, they ran to their classrooms. However, the steps leading to the classrooms were too narrow to accommodate them all. They pushed one another and used their elbows to get to class on time. It took a 8 minutes until all the schoolchildren were in their seats. A few were still panting to catch their breath, others were irritable and annoyed.

The overcrowding was not confined to the stairs. Almost 40 pupils were crammed into each room. In one of the classrooms, the pupils in the first row sat only half a meter (1.6 feet) away from the blackboard. They would need to have elastic necks to keep their heads erect while looking at the blackboard. The air conditioners were not functioning and the heat was unbearable. Outside, it was more than 35 degrees Celsius (95 degrees Fahrenheit).

One of the teachers told me that the physical conditions make it hard for the pupils to concentrate. He feels that this is the reason that less than 20% of the previous years’ pupils had passed the matriculation exams. Even this is of little help because those few who earned the matrix still cannot dream of enrolling for prestigious university studies — the level of difficulty of college entrance exams precludes this.

At the end of the school day, I accompanied several pupils. They were headed for a warehouse in the city where meals are distributed. These meals usually include a slice of chicken, some rice and a small salad squeezed into a plastic container. Some of the children hesitated, embarrassed to reveal their hardships in front of a guest. Others entered the warehouse eagerly and took their food portion. There were those who asked for another portion for their mother at home. Some asked for a portion for their younger sibling who has nothing to eat either.

The woman running the food warehouse told me that if it was not for this institution she operates, many families in the town would remain without enough food. “I know that it is hard to believe, but today in Israel there are people who do not have anything to eat,” she told me, barely hiding her distress. She asked me to respect the poverty-stricken individuals and not to reveal their names, nor her name. “The hardest thing for me is seeing the children come to me to ask for food for their parents and siblings,” she continued. “I ask, how can such a child grow up normally? How can these parents raise children, if they do not have anything to put on the table for them?"

In Israel 2013, one of the world’s strong, thriving economies, a debate is underway regarding poverty and its dimensions. Social workers who are in direct contact with needy individuals claim that there are hungry children in Israel. Others, mainly politicians and government officials, believe that this is not about actual hunger affecting children and adults, but instead people suffering from “lack of security social welfare matters.” One way or the other, if we base ourselves on the Annual Poverty Report of the National Insurance Institute of Israel that was released on Dec. 17, Israel has not had so many people who do not manage to support themselves on the minimal dignified level since the state’s very inception.

The Annual Poverty Report 2012 states that one in three families in Israel is poor, with 440,000 families living under the poverty line and 820,000 children classified as poor. The percentages would even be higher if not for the stipends handed out by the government to the needy — stipends or allowances for children, the unemployed, the elderly, single parent families, those offered occupational training and so on.

The "Latet" ("Giving") organization, which assists needy families, publicized its own alternative, more descriptive poverty report with the following frightening statistics: 9% of children stole food last year to survive, 12% of children were forced to scavenge food from the floor or from garbage cans and half of the poor families reported that occasionally their children go to sleep after an entire day where they had nothing to eat at all.

Stanley Fischer, former governor of the Bank of Israel, announced that the dimensions of poverty in Israel and the gaps between rich and poor threaten the social resilience of Israeli society more than any security threat. In his farewell speech to the Knesset’s Finance Committee in June, Fischer warned that the state’s very existence is threatened if it does not take action to narrow these gaps. When the report was publicized, a similar message was delivered by Meir Cohen, minister of welfare and social services, who announced that poverty is not only a problem of the poor but of the government and the state as one. Even President Shimon Peres did not pick and choose his words to express his shock and consternation. “I feel terrible that there are more than 800,000 hungry children in Israel,” he said when he received the report. “We cannot simply make our peace with this [reality], and each time it is more difficult. What kind of nation are we?” he added.

This year’s report arouses worry due to the polarization that is revealed in Israeli society. And all the pundits think that next year’s report will be even worse, as it will reflect the economic decrees that were imposed this year, headed by the cutback in child benefits.

In 2013, as in earlier years, newspaper headlines emphasized the extent of poverty and its ills. Television and radio commentators went out of their way to describe the harmful impact poverty has on human dignity. But, again, the poverty issue quickly surrendered its place in the media to no less existential issues such as the following inter-party wrestling matches: Which stately individual is worthy of manning the Knesset’s Foreign Affairs and Defense Committee? A fiery debate raged on the necessity of establishing a new residence for the prime minister and acquiring a plane for him, to bring him up to the level of other world leaders of his rank. Let's not forget the childish scrimmage between the two young and restless figures who soared into the highest political echelons and, since then, have not ceased quarreling and making up. Finance Minister Yair Lapid and Economy and Trade Minister Naftali Bennett pushed poverty off the headlines, for the benefit of another round of arguments between them.

The school principal in the development town said to me, “Each and every child is an entire world,” and added that if she only had a little more money she would repair the air conditioning in the classrooms, decrease the number of pupils per class and employ better teachers. “It would make all the difference,” she declared, “between a student who has no chance and a student for whom you improve the odds to succeed in life. It hurts to know how little you really need to change a child’s fate.”