Israel's right of self-defense should not include attacking Iran

An Israeli attack on Iran could not be legally justified as self-defense, considering that Iran so far has not breached the NPT, to which Israel is not a signatory. 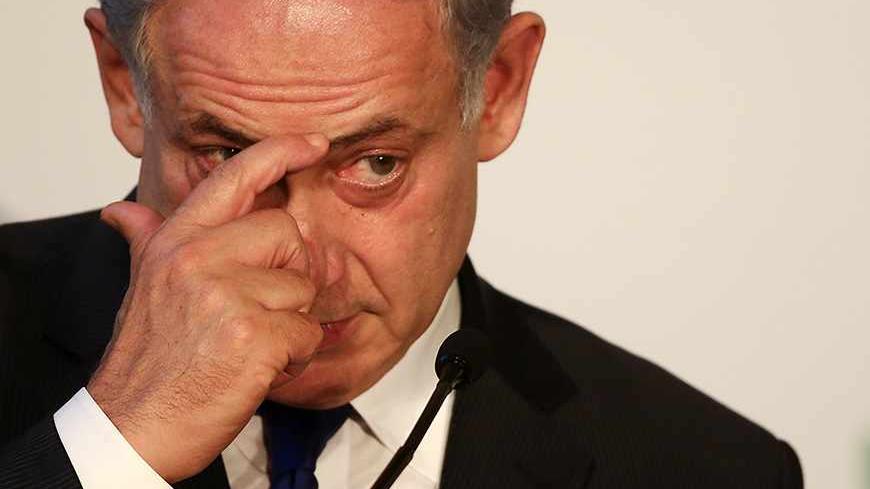 To the sentence “Israel will not be the first to introduce nuclear weapons into the Middle East” — which is summed up in the term “the policy of ambiguity” — another expression has been added in recent years: “Israel maintains the right to defend itself.” In slight variations, this sentence has been repeatedly stated by Prime Minister Benjamin Netanyahu, following the agreement with Iran that was signed in Geneva on Nov. 24.

This, if you wish, is a delicate phrasing of an explicit threat on Iran and the five permanent UN Security Council members and Germany, or P5+1 forum, that if the agreement that was reached by diplomatic means will not be satisfactory to Netanyahu, Israel will exercise the right to self-defense to forcibly stop the Iranian nuclear program. In Netanyahu’s view and that of US congressmen who side with him, a retreat from the nuclear program requires the closure of the uranium enrichment plant in Fordow and the heavy water reactor in Arak, through which Iran could create plutonium.

Against “Israel’s right to defend itself,” Iran pits its right to enrich uranium and develop plutonium. This position finds support in a document attached four months ago to the report published by the Congressional Research Service ahead of a Senate hearing. Appendix C to the report quotes William Foster, who was the head of the Arms Control and Disarmament Agency and the head of the US mission to the Treaty on the Non-Proliferation of Nuclear Weapons (NPT) talks.

In testimony before the Senate in July 1968, a short time after signing the treaty, which he had helped formulate, Foster said that according to US interpretation, a nation that is a signatory of the treaty (but not in the nuclear club) such as Iran is allowed to enrich uranium and to store fissionable material for civilian purposes. Likewise, there is no prohibition on such a nation to develop reactors fueled by plutonium, including researching plutonium’s metallic properties. All this holds as long as the nation does not violate paragraph 2 of the treaty, where it agrees to refrain from creating and acquiring nuclear weapons or nuclear explosive devices. Another condition is that the activity that takes place in its facilities should satisfy the inspectors of the International Atomic Energy Agency (IAEA).

The Security Council has not determined that Iran has violated paragraph 2 of the treaty, and US intelligence reports in the last three years note that the question of Iran’s compliance with this clause remains “unanswered.” The conclusion that arises is that unequivocal proof has not been found for Iran’s development of nuclear weapons. Therefore, there is no basis for Netanyahu’s claim that the United Nations, and/or the United States and/or the P5+1 forum do not enforce the treaty (which Israel refuses to sign) upon Iran, as well as resolutions of the Security Council.

Therefore, it’s quite doubtful whether an Israeli strike on Iranian nuclear facilities, whose construction doesn’t constitute a proven violation of the international treaty, could be considered within its right to self-defense. Is the suspicion (which is quite probable) that Iran will mislead the IAEA inspectors enough for a neighboring country to mete out its own justice?

The UN Charter grants every nation the right to defend its citizens against an attack by an enemy nation. However, the right to self-defense is an exception to the prohibition on the use of force that applies to the world’s nations. The same article notes that a nation that acts on this right should report it immediately to the Security Council to receive authorization for continued defense. This right is granted solely for defense, and not as a pretext for an act of aggression. It’s hard to believe that the United Nations would grant Israel an authorization to attack Iran in the course of negotiations held by the P5+1, aiming to reach an arrangement that would prevent a violent conflict. Even more so, an Israeli strike on Iran after an agreement is reached will not be considered self-defense.

Article 51 of the UN Charter grants every nation “the inherent right” of self-defense and of launching a war of self-defense if and while an armed attack occurs against it, and as long as the Security Council has not taken the measures necessary to safeguard its security. Needless to say,  this article would not be applicable if Israel were to launch a deliberate attack on Iran. Following the attack on the nuclear reactor in Iraq, in 1981, Israel was harshly condemned by all members of the Security Council, including the United States, for its “illegal and aggressive action.”

In an article published in October 2012 in the Israel Bar Association journal The Lawyer, Eyal Benvenisti, who is an expert on international law, wrote that given the entire body of information acquired on the Saddam Hussein regime, it had been argued by some that the attack on the Iraqi nuclear reactor was a legitimate act of self-defense. “However, it is wisdom in hindsight,” notes the senior legal expert from Tel Aviv University, and warns against the negative consequences of the expansion of the right to self-defense, the most destructive of which is, of course, uncalled-for wars.

In this light, it’s important to remark that although Iran’s new political leadership doesn’t recognize Israel and insists on calling it “the Zionist entity,” it does not threaten to hurt its existence or its security. In talks with the P5+1 forum, the Iranians repeatedly emphasize that they themselves require defense against the nuclear weapons held by their neighbor Pakistan. In the above-mentioned article, Benvenisti went on to note that, in the absence of evidence of hostile intent, neither Pakistan nor India would have any justification to attack each other, just because both have in their possession nuclear weapons.

Netanyahu’s preference for the “discourse of rights” rather than the “discourse of compromise” is a double-edged sword of which Israel should beware. No nation in the world recognizes its right to keep millions of people under military rule for 46 years, and to settle in territories that international law determines do not belong to it. And if we’re talking about rights, ignoring the value of international law or consensus, then Europe “has the right” to take sanctions against Israel to advance its interests.

The so-called “right” to “defend itself” — that is, to attack Iran — could not have been expressed if Israel had not received a long series of exceptional rights. The most important right Israel benefits from is the latitude, stated in numerous foreign sources, to develop nuclear weapons without being a member of the nuclear club, and the blind eye turned to its refusal to sign the treaty on nuclear non-proliferation.

This right is granted to Israel because of its location in a problematic region, neighboring hostile or irresponsible nations. The declaration that the agreement, advanced by many of Israel’s allies, is a “historic mistake,” and the use of aggressive rhetoric such as “Israel maintains the right to defend itself,” turn Israel into one of the neighborhood punks. Luckily, our punk has a big mouth and little courage.