Like the giraffe that died in the Giza Zoo last week, Egyptian political forces seem to be knocking their heads against the wall. 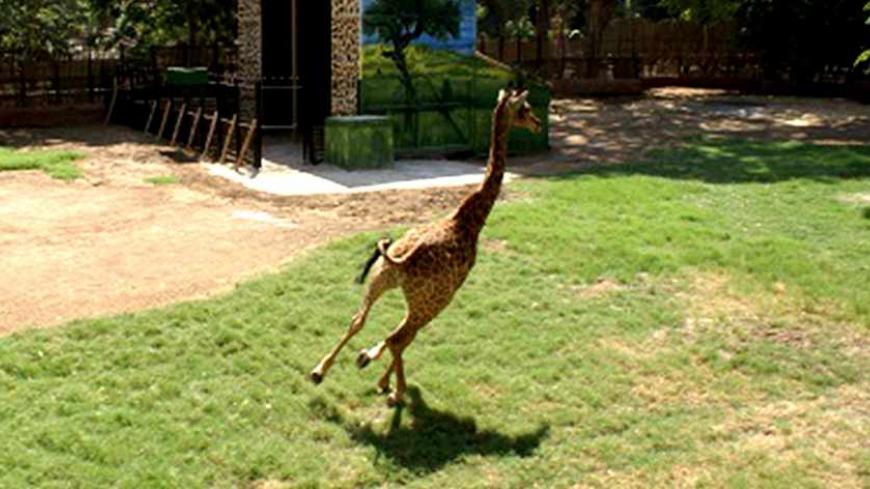 Rocca, one of three giraffes brought to the Giza Zoo in 2012, died on Dec. 5, 2013. There are many stories surrounding her death, including suicide. - www.gizazoo-eg.com 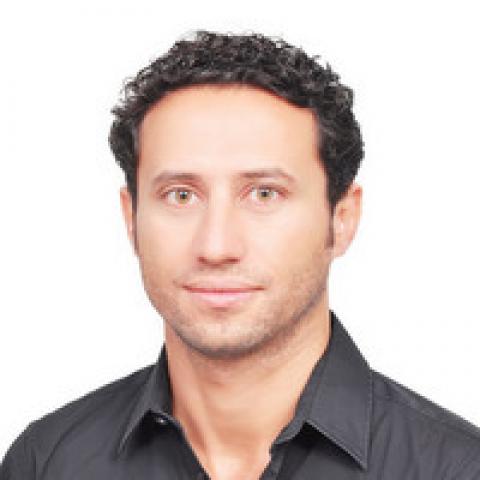 A giraffe named Rocca died last week in the Giza Zoo. One of the stories about its death is that it banged its head until it died, committing suicide. The current Egyptian political scene suffers from the same syndrome: various players banging their heads against the wall, committing political suicide and unfortunately killing every chance for this country to get on the right track and start performing.

The Muslim Brotherhood continues demonstrating every weekend to bring ousted President Mohammed Morsi back to power. According to several reports, the demonstrators have attacked bystanders who dared disagree with them. In addition, the Brothers never condemn attacks on military and police forces by militant groups. All this has led to even lower Brotherhood popularity among Egyptians, and makes it even less possible for Morsi to return to power, or for the Brothers to return to the political scene. It's a futile effort leading nowhere.

On the other hand, some revolutionary groups — though nowhere near the Muslim Brotherhood's sheer numbers or level of organization — have begun chanting, "Down with all betrayers: military, old regime, Muslim Brothers." Although the chant may sound catchy (at least in Arabic), it is beyond reason to be against everyone and expect to win anything.

Over the last three years, secular revolutionaries have taken to the streets and fueled the revolution, but have won no political gains. On the contrary, their popularity today is at its lowest point. Even worse, this harms the popularity of the secular political parties they are affiliated with, at a crucial time when elections are approaching. Before, their attacking the Supreme Council of the Armed Forces (SCAF) pushed it into the arms of the Muslim Brothers. Now, their chants of "Down with military rule" are pushing the military into the arms of the feloul, or remnants of the regime of deposed President Hosni Mubarak. These revolutionary groups are offering no political alternatives, nor a viable road map; they aim for the stars, but have no wagon to hitch to. Down with everyone, but we offer no one else! Yet another wasted effort.

Spurred by the Muslim Brotherhood's acts of sabotage during its demonstrations, the police force today is firmly and steadily trying to return to its former Mubarak-era practices. Instead of turning a new page after people re-accepted them post-June 30, the police are now back with a vengeance and longing for the old days. They fail to realize that times have changed and this generation will no longer accept their repression. The old ways will not work in the new days, and they'd better stop trying.

The military's actions are also confusing, or maybe just confused. SCAF did appoint democratic ministers to the cabinet, but has gone in undemocratic directions ever since. The council adopted the revolutionary groups' road map, but are now allowing the police to attack activists. This raises red flags about possibly establishing yet another authoritarian regime. The military promised free and fair democratic elections, but passed a law allowing the administrative authority (the interior minister) to approve or deny any political or electoral campaigning, public assemblies, public seminars and virtually any assembly of more than 10 people. This renders both the referendum and the elections neither free nor fair. Additionally, allowing the Interior Ministry to arrest high-ranking members of some of the political parties that started after the revolution brings to mind Mubarak-era control tactics.

All this puts the interim period and the road map at risk. The military must immediately start sending strong and clear messages that it does not aim to bring back an authoritarian regime. Any attempt to rebuild one would lead to the failure of the second interim period.

The one commonality shared among all players in Egypt's current political scene is their failure to recognize the existence of the other parties. It is exactly the same mistake that led to the Muslim Brotherhood's failure to stay in power. Everyone is so blinded by their convictions that they are unable to see that they are on a dead-end road. The road map will probably be implemented, but how long will the regime it creates survive? How long will the various parties be able to hold their ground? And how long will the economy and the public bear the consequences? When will the various parties realize that no one party can win all, and no one party can reach all its goals at once?

Will the various parties realize their mistakes and start working together, or will the "Rocca the giraffe syndrome" continue to dominate the political scene?