In Lebanon’s 70th year as an independent republic, the series of treaties and agreements to overcome internal disputes can all contribute to a more comprehensive solution to the question of national unity. 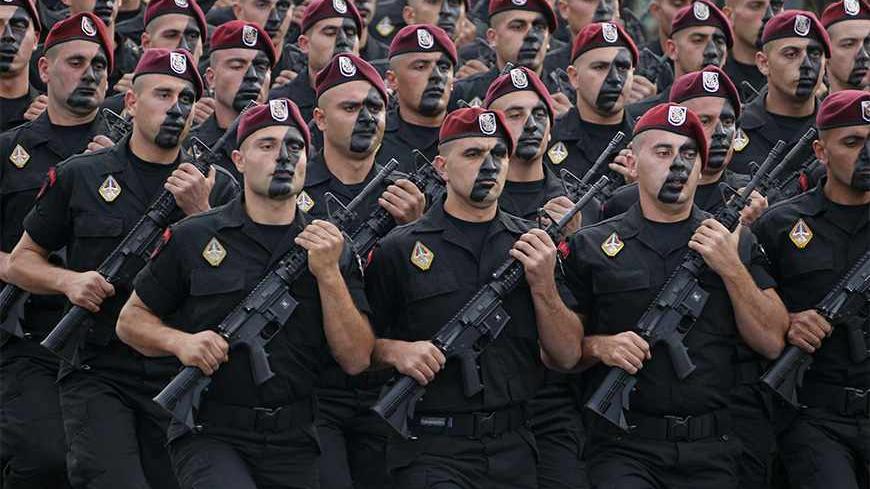 Bloody explosions have claimed the lives of innocent citizens and turned streets overshadowed by fear into ghost towns. The flames of sectarian rancor have been reignited, while the ground is drenched in the blood of division. This is how Lebanon celebrated the 70th year of its independence — an anniversary which holds several lessons.

First, the 1943 National Pact, which laid the foundations of the Lebanese state and a cornerstone in reaching independence, has been obliterated under the pressure of regional conflicts and their corresponding sectarian strife in Lebanon. The pact was the first attempt to distance this small country from the conflicts of the region. It allowed local parties to steer clear of foreign tutelage projects and affiliations to unite around the project of a state that effectively guarantees their rights as individuals first and foremost, and second, as sects. The 1943 draft presented a unique composition that divided authority among the different sects. Moreover, it was based on a pact that represented two parallel refusals. Christians, most of whom considered the French occupation a guarantee for their rights as threatened minorities, refused this occupation. Muslims, specifically Sunnis, refused the project of an Arab state that included Syria, Lebanon, Palestine, Jordan and Iraq led by King Faisal.

A lot was said and written about the fragility of the Lebanese composition and of the pact that did not firmly decide on essential issues such as Lebanon’s identity. It did not settle the discussion about Lebanon being an Arab state, either, and maintained a sectarian system that impeded the country’s economic and social development and progress.

The pact committed an “original sin.” Shared rejection was not enough to draft a common project agreed on by all parties, and the resulting Lebanese draft was a hybrid.

Lebanon did not become a secular state that transcended the confessional barrier, especially in terms of the rights of individuals, whereby the Personal Status Law remained under the power of sects. Better yet, neither was Lebanon a federal state that acknowledged the cultural pluralism of Lebanese society, and accordingly built a special state project regarding its foreign politics.

Consequently, this contradiction did not protect Lebanon from the successive crises that rocked the Middle East in the mid-20th century. Due to foreign intervention, its infrastructure was ruptured and proxy wars were fought on its territories, the last of which ended in 1989 with the signature of the Taif Accord that decided on the issues of Lebanon’s Arabism and its Palestinian presence.

The Taif Accord dedicated a clause to special relations with Syria, specifically to bridge the gaps in the National Pact. It should be noted though that this clause, which was approved under pressure from the Syrian military, did not lead to the departure of Syrian forces, as the lawmakers had wanted. Instead, it became the gateway for Syria’s tutelage over this small country — tutelage that only ended when the Lebanese people rebelled in 2005.

However, the Lebanese revolution, otherwise known as the Lebanese Spring, was not complete in March 2005. The Iranian-Syrian axis managed to return to Lebanon. Several factors made this return easy, most important of these was the divide between Lebanese and the absence of a common vision regarding Lebanon's stance vis-a-vis the Israeli-Arab conflict.

Indeed, the March 8 camp was formed in line with the Syrian-Iranian axis, raising the banner of opposition and resistance. On the other hand, the March 14 camp refused to run off the rails of the Arab consensus and the Arab peace initiative, which was launched in Beirut in 2002. It advocated a different idea, that Lebanon was an arena of dialogue and peace. These two approaches are irreconcilable to the core.

Unlike Lebanon under the 1943 National Pact, which kept the country's foreign policy vaguely between two different rejections, Lebanon after 2005 put forth two clear yet totally contradictory approaches. To what extent is this divide rooted in the Lebanese consciousness? In reality, it is only a reflection of sectarian division, which today has taken a dramatic turn in light of the war raging in Syria.

This war has extended to Lebanese territory and is likely to drag on as the moderate forces are dwindling and the solutions for the raging crises have ended in stalemate. Perhaps the Baabda Declaration — which was placed on the negotiating table in 2010 and approved by all parties before Hezbollah reneged on it — is the only chance to spare Lebanon from the flames of sedition. This declaration sought to neutralize Lebanon from the war raging in Syria.

It should be noted that Hezbollah initially agreed to this declaration, as it served its interests after it learned that weapons and militants were entering Syrian territories through northern Lebanon.

This is when Lebanese President Michel Suleiman headed to Saudi Arabia and met with the Saudi king, asking him to help shield Lebanon from the ongoing conflict in Syria and control the Lebanese-Syrian border.

The president recalled this incident during the conference held in the Phoenicia Hotel in Beirut on Nov. 16 in response to Hezbollah's criticism of the Baabda Declaration. The truth of the matter is that the impartiality of Lebanon is vital to its existence and survival. The Baabda Declaration is a step in this direction.

The declaration did not provide for neutrality in foreign policy along the lines of the Swiss or Austrian models, but it stressed the necessity to neutralize Lebanon in terms of the war in Syria and its regional dimensions.

From this perspective in particular, the Baabda Declaration serves as a complement to the 1943 National Pact. These two documents, along with what was provided for in the introduction of the Taif Agreement, could be at the basis of a foreign policy that would lay down the principles of positive neutrality, which would uphold the righteous Arab causes and at the same time prevent the country from slipping into conflicts. Both documents gathered a consensus, and undermining either means entering into the unknown and hammering a nail into the coffin of independence.