Jordan's October announcement that it would build two nuclear reactors has ignited a local anti-nuke campaign. 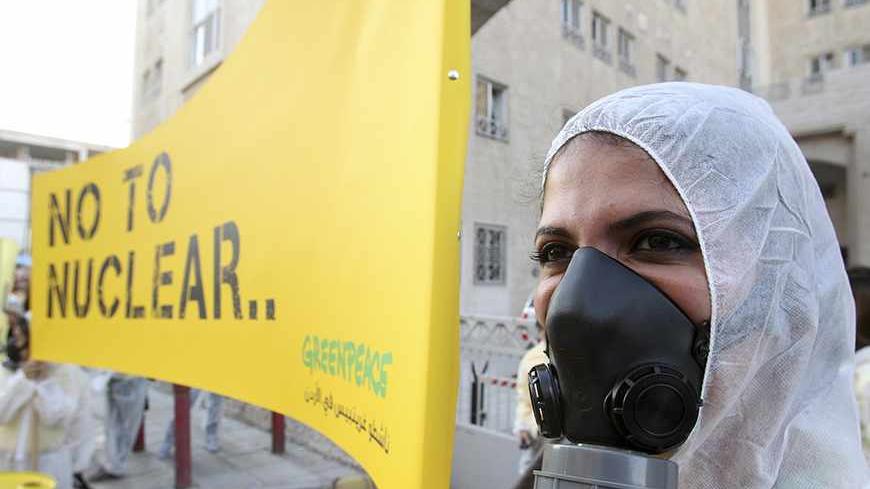 A Jordanian environmental activist takes part in a protest against Jordan's nuclear program in front of the Ministry of Energy in Amman, June 29, 2011. - REUTERS/Muhammad Hamed 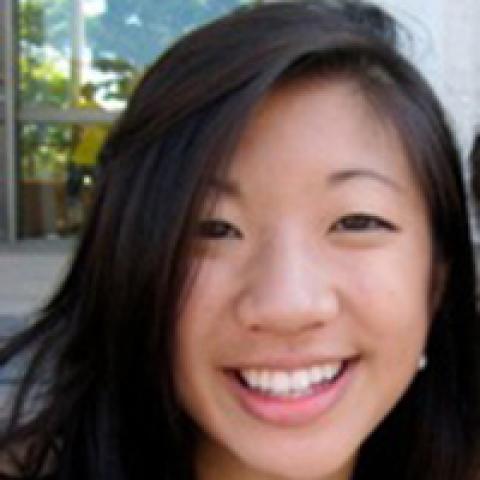 AMMAN, Jordan — Mona, a self-declared “very apolitical” Jordanian mother, sat on a plastic chair at the Jordanian Welfare Party headquarters in Amman, watching the conference table fill with engineers, activists and politicians. They wore blue jeans, black suits or traditional robes, assembling under a white banner that read, “Conference of Jordanian Parties Against the Nuclear Program.”

“I’m just worried about my family,” Mona whispered. She came after seeing a Facebook post about the meeting, where party leaders are drafting a statement against Jordan’s nuclear plans. “This isn’t politics. This is health. It’s not funny, you know?”

Jordan spends more than a fifth of its GDP importing fuel. Cuts in Egyptian gas and globally unstable oil prices have triggered blackouts, price hikes on electricity and fuel and consequent mass protests. Jordanian officials say the nuclear project will lower electricity costs by 70% and bring domestic energy output from 3% to more than half the national needs.

Critics like Safa Al Jayoussi, Greenpeace’s Jordan campaigner, disagree. No environmental or feasibility assessment has been done for this plant, Jayoussi said in an interview with Al-Monitor. There is no nearby water source for cooling. The proposed wastewater solution takes water needed for Jordan Valley agriculture. The last parliament voted to suspend nuclear planning, but the Jordan Atomic Energy Commission (JAEC) went ahead anyway. Even if the project stops, it has already depleted hundreds of millions of dollars, funds Jayoussi thinks would be better invested in solar and wind renewables.

Most of all, Jayoussi said, nuclear power is dangerous — especially in Jordan, where the proposed site sits between two tectonic plates and in a political conflict zone.

“You can’t guarantee against earthquakes,” Jayoussi said. “There’s no liability. No one will take responsibility if something happens like in Japan.”

Two forces are driving this program, opponents say: the nuclear lobby, which lost momentum after the Fukushima incident and seeks new prey among developing countries, and the elites directing Jordan’s atomic-energy programs, untouched by democratic dissent.

“Everybody is running away from nuclear,” Ayoub Abu-Dayyeh, a member of the UNESCO Committee on Clean Energy, told Al-Monitor in an interview. Jordan is a foolish exception, he said. “Nuclear power does not shift underdeveloped countries into developed countries,” said Abu-Dayyeh, citing Bangladesh, Pakistan and the Philippines as examples. “These countries had nuclear power, but their economies have deteriorated. Nothing proves that nuclear power makes you strong.”

Ali Mur, former governmental director of uranium research, said in an interview that the nuclear project started “haphazardly,” not as part of any national energy strategy.

“It was imposed upon the energy plan. Parliament voted against it. All the universities are against it,” Mur said. Yet the project is proceeding. “It’s just an idea in the head of one man,” said Mur.

This man is Khaled Toukan, JAEC chairman since its inception in 2008. A nuclear engineer with a PhD from MIT, Toukan is tall, with a booming voice and an office embellished with royal portraits and plaques from nuclear-energy establishments in Russia, Turkey and Indonesia.

“Totally unfounded and unscientific,” Toukan responded when asked about earthquake concerns. He brings up the eighth century Umayyad castle that has made Qusayr Amra a UNESCO World Heritage Site. “Even if earthquakes happened, these stone castles are still standing,” he said.

As for water, Toukan pulls out a laminated photo of the Palo Verde nuclear plant in Arizona, US. Desert-surrounded nuclear plants are completely viable, Toukan said, if you use wastewater and make cooling reservoirs — the Americans proved it. (Later, a Google search shows that the Palo Verde site has the second highest number of safety violations among American nuclear facilities and is currently shut down due to a $15 million leak.)

Nuclear technology brings development,  according to Toukan. “It builds a generation of technologists, scientists, engineers,” he said. “What made Korea a country? It was nuclear.”

In March, Jordan refused to sign a US nuclear accord that would restrict it from enriching uranium. Enrichment is a sovereign right and potential source of Jordanian income, Toukan said. He envisions Jordan as a future “regional fuel bank,” mining, enriching and selling uranium around the Middle East.

“Fifteen, twenty years down the road, I don’t see why not,” he said, unperturbed by the potential disapproval of global powers. “The world changes.”

Sovereignty also underlies Toukan’s argument against the parliament. Their anti-nuclear vote was unconstitutional, he said, because there was no nuclear-energy law then. Next year, Jordan will send an intergovernmental agreement to parliament.

“If they reject it then, we’ll stop,” said Toukan. Until then, he thinks, legislators should stick to their own jurisdiction and let the executive branch do its job.

JAEC is an autonomous commission, independent from the Ministry of Energy, its leaders directly appointed by the prime minister. It has its own budget, which is “very modest,” said Toukan, specifying that JAEC spending has not exceeded $100 million so far. Meanwhile, the Jordan Nuclear Regulatory Commission (JNRC), a Ministry of Energy body independent of JAEC but appointed by the same prime minister, provides accountability.

“Jordan is a democracy. People have the right to express concerns,” Hawwari said, eyes half-closed as he adjusted a bulging torso against the leather couch in his office, similarly bedecked with photos of the king. “But they don’t know exactly what they are talking about.”

Energy planning is the government’s sovereign right, said Hawwari. “You cannot just go and ask everyone in Jordan if they want nuclear or not.” A public hearing will happen, he said, but only for locals, who must back their opinions with science.

“This is the future of Jordan,” said Hawwari. “It’s much more important than your opinion.”

Parlament member Hind Fayez, a member of the Beni Sakher tribe that lives around Qusayr Amra and its elected representative, disagreed. She entered the party conference late, having just led a sit-in at the plant site, and stalked across the room, heels clacking.

Toukan convinced a Beni Sakher sheikh to approve of the plant and is saying this proves local compliance, Fayez announced. “Don’t say this one sheikh represents the whole tribe of 250,000 people,” she said. “We, the MPs that represent this area, have to show the king and government that we are against it.”

When asked about the Beni Sakher protests, Hawwari narrowed his eyes. “I’m not sure those people live there,” he said. “I don’t know who they are.”

Hawwari described Qusayr Amra as a military wasteland. The local population is negligible, if even existent, he said, saying, “There are nomads, a few shepherds. It’s a Bedouin area. It’s not heavily populated by any means.”

When told about Hawwari’s words, Fayez was speechless. Then she fired questions like bullets, her voice rising: “Is he underestimating us? We’re shepherds? We’re illiterate people? Does he think we’re stupid? It’s the desert, but what if we had an accident? Where does the radiation go? How will they control the leakage?”

JAEC will operate its own public-awareness campaign in the upcoming months. In the meantime, sit-ins continue every Saturday.

“They’ll build that plant over my dead body,” said Fayez.