Amid the deteriorating security situation in Iraq over the past few years, officials have been hesitant to apologize or admit to mistakes, and instead resort to scapegoats and ready excuses. 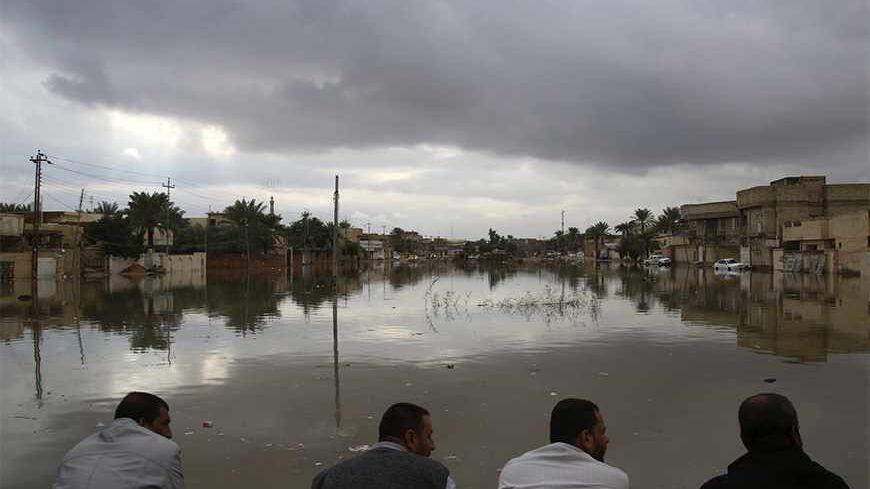 None of Iraq’s political factions —or officials and others with political, economic or security influence — will truly answer the question: “Have you erred?” Sometimes their response is generalized and clichéd, such as: “Perfection is left to God alone.” This in itself is pure prevarication, because it points to a lack of desire to admit wrong, and precludes any readiness to apologize for mistakes.

Since 2003, Iraq has been on a path strewn with mistakes that have reduced its forward momentum to a crawl filled with pitfalls. Yet, not one official has ever come close to apologizing for errors committed, to a point where the trend has become akin to an institutionalized political tradition.

This article was motivated by the abject failure of Baghdad’s authorities to protect the city from being flooded after only 48 hours of rainfall. Their ready excuse is that the design of the sewer system is unable to cope with rainfall amounts that exceed those prevalent 40 years ago!

Such an example is worthy of study. It is an indicative example of utter failure that reflects a denial of responsibility by city officials who, instead, consign its causes to mistakes committed by past administrations.

Electric power generation has increased in Iraq during the past few months, but transmission grids that transport electricity to homes were built 30 years ago: another ready excuse for the continued daily power outages.

The Iraqi government signs shady deals worth millions of dollars to buy ineffective explosive-detection devices, as well as defective weapon systems and equipment lacking the necessary complementary technologies. In all that, the justification is that “Iraq is passing through exceptional circumstances, and has fallen prey to internal as well as external conspiracies! Furthermore, low-level government employees and politicians have been tried for corruption as a result of those deals.”

Enumerating the mistakes committed would be a never-ending task, yet we never hear the state truly apologize to its people for the daily infractions to the covenant that exists between them.

A prominent politician, who requested anonymity, told Al-Monitor: “The people do not understand the concept of apology, and do not endorse the culture of apologizing. They view apologies as a sign of weakness that destroys the future of any politician.”

The same politician described the current state of affairs in Iraq as “a tacit understanding between rulers and ruled to quietly keep the ball rolling, and endure any missteps or repercussions.”

This is a very harsh characterization, a description that best falls in line with dictatorial thought. Saddam Hussein never apologized, his supporters and members of his regime never apologized, even when some of them were being marched to the hangman’s noose.

The prevalent construct in Iraqi political circles is, “The Iraqi people quickly forget, and are a good-natured people who also quickly forgive!” Truth is that there aren’t any good or bad peoples, for peoples are an amalgam of experiences and laws.

On this basis, Iraqi political elites who say the Iraqi people refuse to forgive past mistakes do not need to talk about forgiving present mistakes.

No one ever apologized for the catastrophes that the Iraqi people have, and still are enduring. For every former or current official possesses a long list of excuses and justifications. Some of the latter go back to Saddam Hussein’s regime, while others necessarily revolve on terrorism, international conspiracies, and internal conflicts. Transgressions are blamed on minions, advisers, and low-ranking — as opposed to senior — employees.

It is a vicious cycle that must be broken. Those who resist taking responsibility must understand that mistakes carry consequences. They must realize that leading a country is predicated upon the possession of the highest levels of awareness, as well as moral and legal responsibility. They must be ready to admit to their wrong and apologize for it, when an apology is all that is required.