Israel is anticipating how to manage the consequences of a thaw in US-Iran relations. 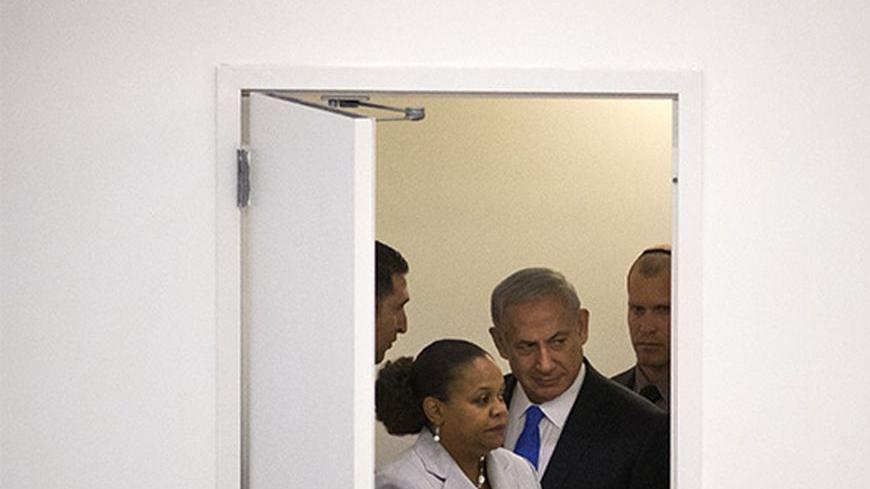 The “new thinking” about Syria and Iran that has rocked the international scene in the last month may prove to be an isolated and short-lived experiment. But if the successful US-Russian cooperation on Syria and the associated engagement between Washington and Tehran take hold, the change will be felt throughout the region and beyond. No more will this be the case than in Israel, which will be challenged to defend and rationalize its rejection of any change in its doctrines in a rapidly changing regional and international environment — or modify them to suit and to influence the new rules of the game. Adapt … or die, as the saying goes.

The current thaw suggests the possibility of a welcome change in relations between Iran and the United States and more broadly in Iran’s place in the international community. Such a development would by its very nature challenge the rules of regional security that have long been in place — rules that Israel, and not Israel alone, has found so comfortable.

If its signature policy initiatives in the region progress, the Obama administration too will be challenged to refashion policies regarding Israel's place in the region with which it has lived comfortably for two generations, policies which are in many respects the mirror opposite of its policies toward Iran. Any effort to base the “new Middle East” on the preservation of Israel's unilateral prerogatives in non-conventional arena — nuclear, chemical, and biological — may well undermine Washington’s broader regional security objectives in the newly emerging environment.

It is impossible to deny that these are the stakes of the game unfolding. Progress in relations between a US-led coalition and the “resistance axis” is necessarily placing not only Israel's nonconventional capabilities in the spotlight. The transformations occurring throughout the region are challenging a broad array of policies that have long defined Israeli interests in the region.

On Palestine, short of PLO Chairman Mahmoud Abbas' surrender, Bibi (Israeli President Benjamin Netanyahu) is not much interested and feels that he has no need of an agreement. Attention to Gaza is far more active. In Israel's view, Hamas alone has the power to enforce the truce in Gaza and limit rocket fire into Israel.

“What we want is calm and security in the Gaza Strip,” explained the IDF's Southern Command chief Maj. Gen. Sami Turgeman in a Sept. 24 interview with Israel’s Channel 2 television station. “Hamas, currently the sovereign power in the territory, has the means and the know-how. I see no alternative to control being exercised by Hamas.”

This recent public endorsement did not occur in a vacuum. Israel has declared its support for Hamas' rule in Gaza, now in word as in deed. The intended audience for such authoritative remarks includes Cairo as well as Ramallah, and perhaps Washington as well. No need to tell Gaza. It has long known and depended upon this assessment of Israel's interests.

Israel is moderating ever so slightly its siege — in effect maintaining Hamas' ability to rule in the face of draconian Egyptian moves driven by perceived threats to Egyptian national security.

Israel remains committed to keeping Gaza on the “diet” it has imposed, but it has demonstrated flexibility in its adaptation to the transformation of the regional environment. Where it once sought to force Egypt to “swallow” Gaza and to make it responsible for its welfare, it has now confirmed an interest in participating in stabilizing the area in an effort to accommodate an aggressive Egyptian push-back. It has done so not because of US or international pressure. All seem to have forgotten Gaza's engineered penury at a time when Egypt is embarked on a sustained and escalating campaign to weaken the Hamas movement in Gaza, and the US policy on Hamas continues on autopilot.

In Sinai, Israel has agreed to Egypt's violations of the limitation on arms in Sinai that it had steadfastly refused to modify for decades under the ineffective prodding of the Mubarak regime. Israeli officials praise Egypt's motivation to confront the Sinai insurgency, but this is a tactical response to what is a strategic change in the terms of the treaty, terms that represented a strategic Israeli victory: the demilitarization of Sinai. This victory is being undone in the new Middle East.

Like many whose initial enthusiasm for the Syrian opposition was greater than Israel's, Israel has come down in favor of a version of the status quo — that is, a weak Syria nominally led by the military-security system Hafez al-Assad put in place. The circle of those prepared to support such an outcome is growing.

The deal on Syria (like Sinai and Iran) also suggests a new regional security environment in which longstanding features of Israel's security policy and doctrine will be challenged. The agreed-upon destruction of Syria's chemical weapons arsenal is an important piece of this new puzzle, but as much as Israel might welcome the success of this effort, it mightily opposes the precedent that it establishes.

Russian leaders have made clear the relationship between the Syrian chemical stockpile and Israel's nonconventional capabilities. This association is also being reawakened in international forums. It would not be unexpected to see the merging interest in Syria's disarmament and a regional approach to chemical weapons, in which Israel's refusal to ratify the chemical weapons treaty is highlighted.

But on the central question of Iran, Israel's policy appears to be less flexible and imaginative than its response to either Sinai/Gaza or even Syria. Israel sees advantage in Iran's isolation and economic weakness and in maintaining Iran as a country whose needs and (security) interests are not recognized as legitimate by its strong neighbors and the superpowers. There are rumblings about the need to confront and defeat the budding engagement led by Washington, including such fanciful notions as solidifying an Israel-Gulf combination against the effort. Good luck with that.