Netanyahu Stuck On Repeat on Palestine 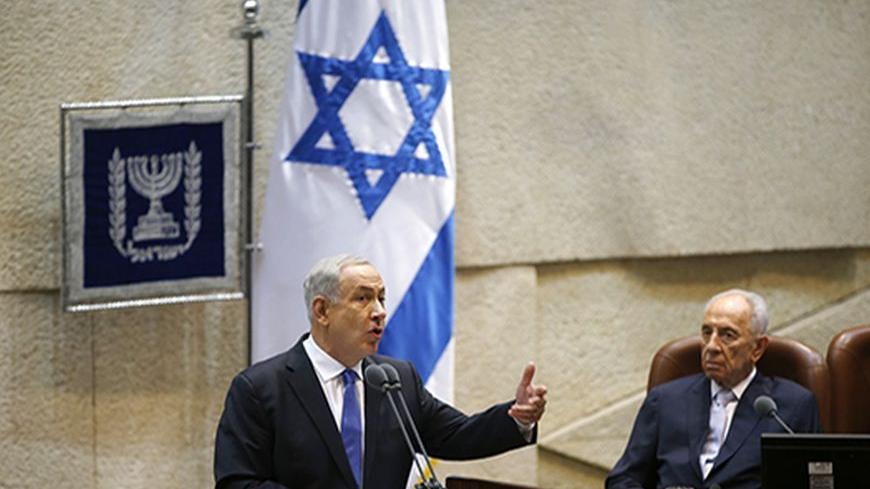 Here we go again! In addressing the Knesset on Monday, Oct. 14, Israel’s Prime Minister Benjamin Netanyahu stated that he is making "a real effort" to reach peace with the Palestinians, "but vowed to maintain' his hard-line position during the relaunching of the "negotiations." In the speech, he reiterated that he "never will back down" from his position, namely that Palestinians must "recognize Israel as the Jewish homeland." Before negotiations resumed, he ruled out allowing UN international troops to safeguard a final peace whenever it takes place.

Declaring a priori that Palestinians have to recognize Israel as the Jewish homeland entails two crucial, dogmatic policies: One, that Israel is the homeland for the Jews, which implies that more settlements will be forthcoming, the need to expand becomes inevitable and the border line of 1967 as the starting point for the forthcoming Palestinian state would definitely be excluded from whatever negotiations take place.

Two, with Israel’s refusal of Palestinian refugees gaining the right of return, and that Netanyahu and the government of Israel do not acknowledge or recognize that their presence in Gaza, the West Bank, and East Jerusalem is one of occupation, banned by the fourth Geneva Convention.

This renders the prospects of an independent Palestinian state, with its capital East Jerusalem, totally emasculated from any attributes of state sovereignty.

Furthermore, if Israel the homeland for the Jews, the Israeli Arabs' presence and their future will be further threatened in addition to what they are experiencing now, namely institutional discrimination.

Netanyahu’s choice of words undermines any serious discussions, let alone negotiations, and proves that no outcome will lead to two states in historical Palestine.

One wonders whether the six visits by Secretary of State John Kerry give the impression that instead of being successful in persuading Netanyahu, Netanyahu remains dictating the terms prior to resuming any serious "negotiations."

Furthermore, Netanyahu wants to give the impression that his speech at the UN and subsequently his visits to President Barack Obama were either sidelined or the US position was not clearly defined or understood.

If the US policy is as stated by President Obama in his address at the UN General Assembly, the outcome of any serious negotiations will mean an independent sovereign Palestinian state with East Jerusalem as its capital.

Netanyahu, besides dictating his rigid intransigence as a starting point for resumption of negotiations, insults the intelligence of those who take seriously Palestinians' rights and the near unanimity in the international community of deference to the national aspirations of the Palestianian people.