Maliki to Appeal for US Help In Fighting Terrorism

Iraqi Prime Minister Nouri al-Maliki will make the case that terrorism in Iraq is directly related to the war in Syria. 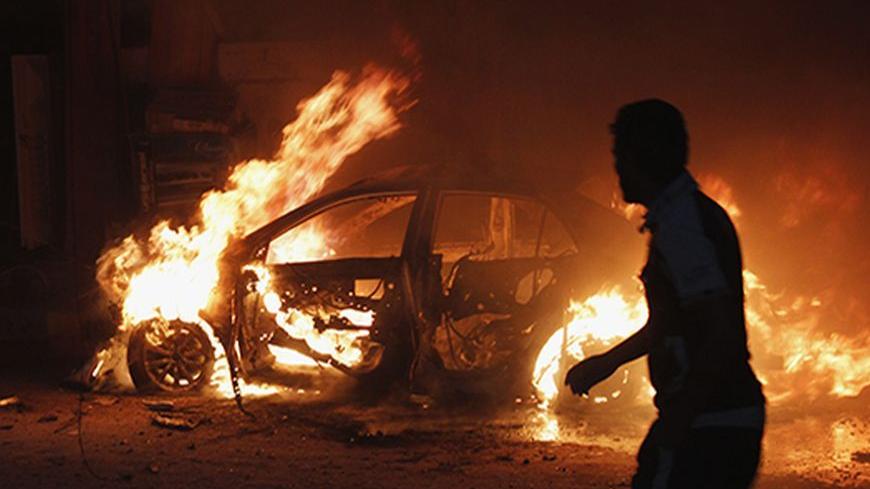 The visit of Iraqi Prime Minister Nouri al-Maliki to Washington on Oct. 30 offers an unwelcome reminder of the bloody persistence of instability that has become the norm in Iraq in the wake of the US destruction of the country's core institutions a decade ago. In addition to endemic political warfare and a polarization of relations between Maliki's ruling party and disaffected and besieged opponents, Iraq has been caught in the maelstrom of bloodletting now dominating Syria next door. More than 7,000 innocent Iraqis are reported to have been killed this year in the streets and souks of Iraq, in a frenzy of sectarian terror led by Sunni jihadists of various stripes — all of whom share kinship with Syrian President Bashar al-Assad's opponents across the border in Syria.

In Washington discussions about Syria it has been commonplace to advise policymakers to take a long look at US policies toward Iraq — then do the complete opposite. The Obama administration did not quite take this advice. Today, Iraq — which itself suffers from “a crisis of its entire political system,” according to the Iraqi prime minister — is also endangered by the destruction of Syria's state institutions, whose protection is now belatedly recognized in the White House as one of the key objectives of the stalled Geneva II negotiations.

“The main axis of the planned visit to Washington is a discussion of bilateral relations, especially the Strategic Framework Agreement between the two countries. … The visit will also include discussions of the overall security situation in the region and the issue of terrorism and how to confront it,” Maliki explained.

“Terrorism” is Maliki's shorthand for the Sunni jihadists upending Iraq's domestic scene. “The weapons provided to those killers in Syria have been smuggled to Iraq, and those wolves that came from different countries to Syria are now sneaking into Iraq,” Maliki charged.

Maliki's visit will focus on the breakdown in internal Iraqi security as a consequence of war in Syria and enlist Washington’s support for military sales, including drones, to better defend the country's porous western border with Syria.

Such requests put the Obama administration in the ironic and uncomfortable position of being challenged to enhance Iraq's ability to confront security challenges that it itself has in part precipitated by its support for Assad's ouster.

The prime minister told Al-Monitor that the campaign of domestic terror is “directly related to the developments in the Syrian crisis and its repercussions on the Iraqi arena. We are very worried about the Syrian arena transforming into a field that attracts extremists, terrorists and sectarians from various parts of the world, gathering them in our neighborhood.”

The United States would prefer to be oblivious to Iraq's current troubles, which mark the latest indication of Washington's failed effort there. Americans are famously inattentive to foreign affairs, and few are interested in being reminded — as the Erdogan government never tires of arguing — that the key strategic result of the campaign to unseat former Iraqi President Saddam Hussein has been to consolidate Iranian (read Shiite) influence on the Euphrates for the first time in a millennium.

There’s a sense of almost absolute detachment from events in Iraq, as though the departure of US troops after the crowning failure of reaching a status of forces agreement closed the door on US interest there. The self-comforting narrative, “America did its best for Iraq; it’s not our problem if they can’t get their act together,” regularly places Iraqi events on newspaper back pages and all but out of contemporary US consciousness.

Syria, however, dominates news from beyond. Maliki's visit shines an unwanted lens not only on Iraq's predicament but also its relationship to the debacle that is Syria. Maliki will tell his US hosts the uncomfortable truth that Iraq and Syria are in critical respects joined strategically and that Washington’s — and US allies Turkey and Saudi Arabia — effective support for Assad’s jihadist opponents is blowing back in Iraq in souks and mosque attacks, the likes of which have not been endured since the darkest days of the US occupation. Washington's pursuit of regime change in Damascus and its support of the Syrian opposition, which in Maliki's view “cannot be considered parties that support democracy or freedom, or even elections,” is also endangering its ally in Baghdad.

Maliki’s visit and Iraq's pained history with Washington also highlight the perils of an unhappy ending to the US-led NATO occupation of Afghanistan as well as the common space that can be created there if US-Iranian relations improve. Maliki is a firm proponent of an Iranian-US rapprochement, from which Iraq can only gain. Washington and Kabul are now engaged in talks that will govern what will be left of a US military presence in the country after the withdrawal of most US and foreign forces in 2014. The American public, in contrast, long ago disengaged from the faraway war, even as policymakers contemplate annual expenditures of $4 billion annually to keep an aid-dependent regime in place. The most expensive US foreign aid effort in history is winding down with shaky prospects for preserving whatever uncertain gains were won in America's longest war in its history. Policymakers in Washington are preoccupied with the form that Kabul’s post-evacuation relationship with Washington will take, but as the Maliki visit and Iraq’s troubles demonstrate, however much Washington may want, it will not easily be able to tie what little will remain of its obligations to Afghanistan in a neat, workable package.