Progress in the nuclear talks may have taken terrorism off the agenda. 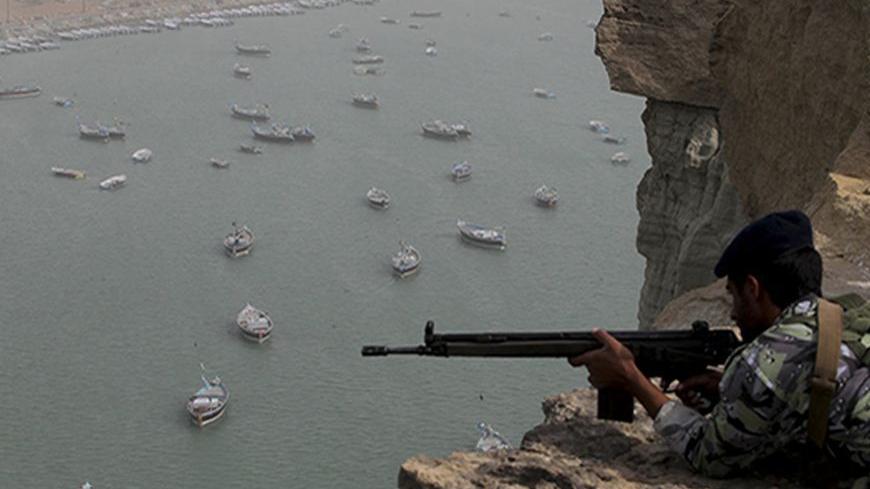 Iranian military personnel participate in the Velayat-90 war game in unknown location near the Strait of Hormuz in southern Iran, Dec. 30, 2011. - REUTERS/Fars News

Last week, Oct. 24, the Institute for National Security Studies in Tel Aviv held an important conference titled “Iran at a Crossroads.” Top-notch experts on nuclear arms, on Iranian politics in the President Hassan Rouhani era, on Shiite-Sunni relations and on the implications of a military strike on Iranian nuclear facilities participated in the conference. Virtually missing from the agenda, just as from the 5+1 discussions that have taken over the headlines again, was the topic of “conventional” Iranian terror.

While international intelligence organizations are divided over Tehran’s intention to threaten world peace with atomic bombs, as well as over the timeline of its nuclear program, there is no disagreement that Iranian terror has long been around. In May of this year, the annual US State Department report on international terror stated, “In 2012, there was a clear revival of Iran’s state  sponsorship of terrorism, through the Islamic Revolutionary Guard Corps-Quds Force (IRGC-QF), its Ministry of Intelligence and Security, and Tehran’s ally Hezbollah, who remained a significant threat to the stability of Lebanon and the broader region.”

The official American report determines that the tracks of those responsible for terror attacks in Europe, Africa, the Middle East, South Asia and the Far East have led to the Quds Force or Hezbollah. The terrorist activities of the Lebanese organization, the report says, have reached a scope in the last year that has not been seen since the 1990s, including attacks plotted in Southeast Asia, Europe and Africa. The authors of the report note that “with deep roots among Lebanon’s Shiite community and significant backing from the Iranian government, Hezbollah remained the most dangerous and prominent terrorist group in Lebanon.” Moreover, according to this new report, in 2012, arms smuggling continued from Iran to Palestinian terror organizations in Gaza through the Egyptian border.

The 2012 report, which surveyed terror activities in the previous year, determined that the Iranian regime took part in the planning and funding of the assassination plot against the Saudi ambassador to the United States as part of its program to further Iran’s diplomatic goals through international terror. The report accused Iran of providing weapons, training and funding to Shiite militias in Iraq that target Iraqi and American forces, as well as civilians.

According to the same document, since 2006 Iran has been responsible for arms shipments to Taliban forces in Afghanistan and members of the Quds Force have been training Taliban members. The reports’ authors accuse Iran of supplying weapons to Syrian President Bashar al-Assad’s regime, causing the deaths of thousands of Syrians. During the same period, Iran has armed Hezbollah forces in Lebanon, trained them and provided them with hundreds of millions of dollars, in breach of Security Council Resolution 1701, which was intended to put an end to the violence on the Israeli-Lebanese border.

The exposure of arms shipments from Iran has caused a serious diplomatic crisis between Iran and several West African nations.

Gambia has declared the severing of its diplomatic relations with Iran. Senegal has accused Iran of subversion in its territory and has returned its ambassador from Tehran. Nigeria’s security forces announced in February of this year that they have exposed a terror network sponsored by Iran. The network plotted an attack against American and Jewish-Israeli targets in Lagos. At the head of the cell was a Shiite Muslim religious leader, who had trained in Iran and received training in assembling explosive devices.

In February 2012, a terror and spying network was exposed in Azerbaijan; the network had plotted to attack Israeli and American targets as well as delegations of US allies like Saudi Arabia and Bahrain.

From time to time, an Iranian spokesman can’t resist the temptation to boast to a local audience of the “successes” of terror exports. Thus, for example, in a speech he gave this year at a conference at Qom, the commander of the Quds Force, Qasem Suleimani, said that Iran has the capacity to shape the protest movement in the region and to direct developments against its enemies. Suleimani, who was promoted to the rank of general (the highest rank in the Revolutionary Guard) in 2011 by Supreme Leader  Ayatollah Ali Khamenei, admitted at that occasion that Iran has forces in southern Lebanon and in Iraq, and that it has a degree of influence in these regions.

Following the revelation of the assassination plot against the Saudi ambassador in Washington, Suleimani was added to the American list of terror agents. The director of US National Intelligence, James Clapper, determined at that time that the incident testifies to Iranian readiness to attack on US soil.

At a time when the international community is deeply involved in discussions over economic sanctions against Iran in order to stop the nuclear program, the Revolutionary Guard, the long arm of the regime in Tehran, is acting like an independent political-social-economic corporation. In a September  article in the journal Military and Strategic Affairs published by the Institute for National Security Studies, institute researchers Sami Kronenfeld and Yoel Guzansky write that the organization is the most robust economic body in Iran, and that it possesses holdings in a great variety of industries, among them defense, energy, construction and communications.

The two authors of the article note that the regime of heavy sanctions on Iran has turned the Revolutionary Guard into a central force in Iran’s economy and trade, including the drug trade. They describe in detail how the Revolutionary Guard brings together drug trafficking and terrorism as a means of exporting the Islamic revolution. Its control of border crossings and its sponsorship of criminal organizations working in this arena enables it to accumulate a fortune from the “taxation” of illegal smuggling operations.

According to a 2010 UN report on the international drug trade, Iran is being used as a central route (about 80%) for the export of heroin from Afghanistan to Western countries. The article cites an Iranian who defected from the Revolutionary Guard, who says, “We were told that the drugs will destroy the sons and daughters of the West, and that we must kill them. Their lives are worth less, because they are not Muslims.”

The prevention of Iranian nuclear weapons is, of course, a worthy goal. But we should remember that for the Iranians, the bomb — like the weapons of terror, incitement and smile diplomacy — is not a goal. All these serve as means to attain power, hegemony and prestige. It’s hard to understand why the leaders of the West, including Israeli Prime Minister Benjamin Netanyahu, for whom the fight against terror was his calling for many years, allow the Iranians to sweep these dangerous weapons under the rug in the nuclear negotiations room.

Akiva Eldar is a columnist for Al-Monitor’s Israel Pulse. He was formerly a senior columnist and editorial writer for Haaretz and also served as the Hebrew daily’s US bureau chief and diplomatic correspondent.