Egypt: Neither Coup Nor Revolution

The recent clashes in Egypt suggest the country still has not realized the potential of its revolution. 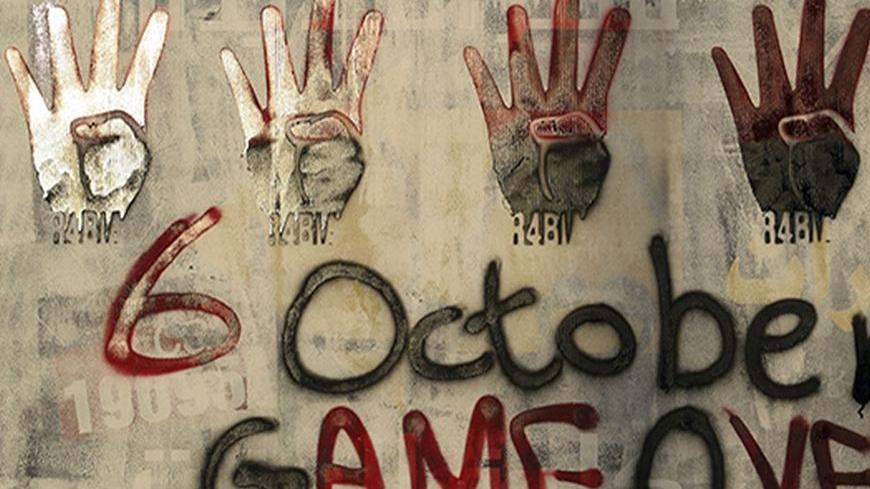 Signs of the "Rabaa" or "four" are seen during a protest against the military by members of the Muslim Brotherhood and supporters of ousted Egyptian President Morsi near Rabaa al-Adaweya Square in Cairo, Oct. 4, 2013. - REUTERS/Amr Abdallah

The unprecedented level of clashes in Egypt since the overthrow of President Mohammed Morsi is definitely not in tune with the history and traditions of the Egyptian people.

What has recently been taking place, however, especially the "celebration" of the Egyptian army's October 1973 success in repelling Israeli attacks has unfortunately been less celebratory than violent. This is also to a large extent unprecedented in Egyptian history.

While the marking of Oct. 6 is understandable, the aftermath proved that late President Anwar Sadat used this military success as a license to undertake negotiations for an Egyptian peace treaty with Israel. Hence, the rush to celebrate by the Egyptians should have been restrained, as the ultimate result of the event was that Egypt lost its deterrent role in Israel’s suppression and denial of Palestinian national and human rights.

Perhaps the only justification that leads the army in Egypt to celebrate is that the October war redeemed the Egyptian army’s defeat in June 1967.

In an appearance on an Egyptian TV channel two days ago, there was a panel debate on whether the Egyptian army’s takeover was a “coup” or a “revolution.” I listened to the debate, of course, and when the anchor asked me for my evaluation, I answered, “It was neither a coup nor a revolution. It was not a coup, because the huge demonstrations and the millions and millions of Egyptians in Tahrir Square on June 30 became a serious attempt to restore legitimacy to Egyptian governance. In this context, the army was an 'enabler' for an Egyptian government to be not only legal, but also legitimate. It was not a revolution," I continued, "because if it was, the Camp David Accords and the peace treaty would not have remained.”

In my view, furthermore, while Morsi was legally elected, his one-year tenure as president — the sum total of his record in governance — led to the gradual erosion of the legitimacy which accompanied his legal and fair election.

Whatever judgment history renders on this sad controversy, a focus on the restoration of an authentic consensus in Egypt remains crucial for the Arab states in general. Why? Egypt is the largest and most populous Arab state, and it has always enhanced the consciousness of Arab unity. It sustains this yearning.

As the arena of convergence between Arab Africa and Arab Asia, Egypt's role in Arab aspirations continues to be key. Let’s hope that what has been taking place during the last few weeks is an aberration and not the norm. This is not wishful thinking — Egypt has recovered from such turmoil before and will do it again.