It is time to end the debate of whether what took place in Egypt was a coup or  revolution. 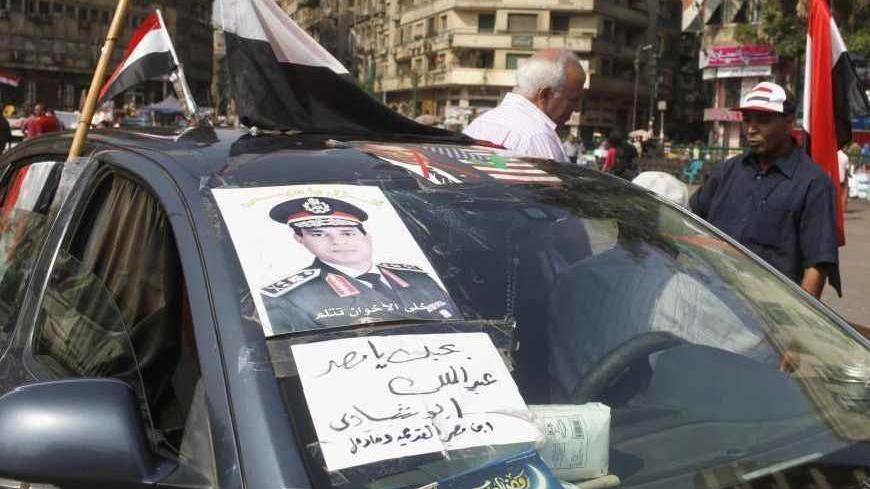 A man with a poster of the chief of Egypt's armed forces Gen. Abdel Fattah al-Sisi on his car talks with a protester in Tahrir Square, in Cairo, July 9, 2013. The sign reads, "I love Egypt." - REUTERS/ Asmaa Waguih

There is too much discussion on whether what took place in Egypt on June 30 was a coup or a revolution. The ongoing debate is now moot. In retrospect, we can now describe the army only as an enabler. The alienation of Mohammed Morsi's regime of a wide sector of the Egyptian population suggested that while he was a legally elected president, his presidency lost during his tenure much of its legitimacy as opposition grew even from a substantial number of those who voted for him. It is now clear that they voted for him because he was opposite Ahmad Shafik, the last prime minister of former President Hosni Mubarak's regime.

At the outset, a major sector of the international community treated the overthrow of Morsi as a “coup.” Now, more countries who at the beginning were reluctant to recognize the new regime — such as the United States and the European Union — are acknowledging the legitimacy of the changes — albeit with an expectation that the new elections will take place in as short a time as possible.

Now the new Prime Minister Hazem el-Beblawi is promising an inclusive cabinet whose members are, according to him, knowledgeable with a proven record of integrity. I am definitely persuaded that the transition will be easy and that Egypt will constitute the corrective to the flawed so-called “Arab Spring.”