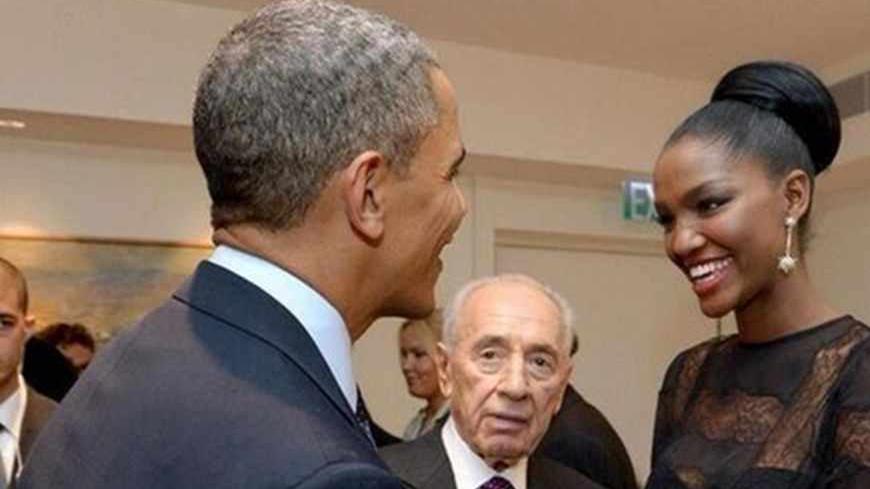 Miss Israel 2013 Yityish Aynaw, the first winner of Ethiopian descent, meets with US President Barack Obama in Jerusalem on his visit to Israel on March 21, 2013. - tumblr.com 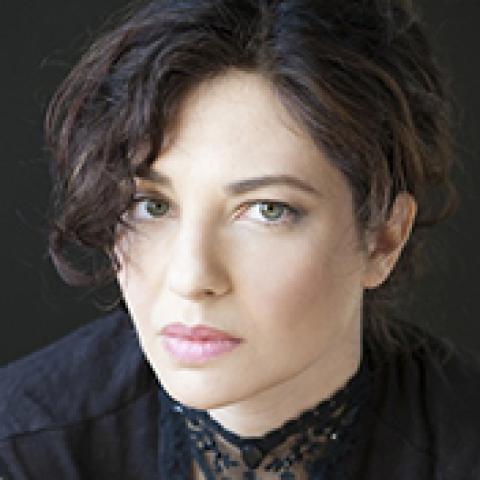 Several years ago I talked with artists of Ethiopian origin about the cooperation between Israeli singer Idan Raichel and singers from the Ethiopian community. The Idan Raichel Project, regarded by many veteran Israelis as a generous gesture toward the Ethiopian community, was nonetheless received by some young people in the community with a mixture of gratitude and suspicion. Several months prior to our conversation, the media published interviews with singers who took part in the Raichel Project and spoke of feeling used.

“It’s OK,” a guy named Yohannes Azanaw told me at the time. “We can do the same thing. We’ll take a couple of Russian immigrants, turn them into a band and cash in.”

Azanaw’s Russian project did not materialize, but in 2009 he executed a different, more practical idea: “YAmodels,” the first agency in Israel for dark-skinned talent and models. Today his agency has the country’s largest pool of dark-skinned actors, models and movie extras. Their look, he says, represents that of the Israeli majority in 2013. Yet since its founding, YAmodels has not received a single significant order.

The idea of establishing a talent agency brewed in his mind for years. “The older I got, the more aware I became that dark-skinned people were not represented in the media,” says Azanaw. “This came up mainly in conversations with friends. We’d talk about movies and television series and sometimes someone would stop and say: ‘Do you realize there’s not a single Ethiopian there?’ We understood that Israeli-ness in the advertising world was a parallel universe from which we were absent. I knew dozens of beautiful and talented people of dark skin and I decided to pick up the gauntlet.”

Without funding, he set out to hunt for talent: He advertised, went to events and sought suitable candidates on social networks. The response was tremendous. In the coming months, he will be conducting an additional big audition to recruit talent. So far he has gotten applications from 80 potential candidates. “Everyone is welcome,” he says. “Jews, Arabs, Indians, even Sudanese, as long as they have a work permit.”

Despite the impressive numbers, Azanaw, as well as the young people expected to attend YAmodels’ upcoming audition, know one thing: The chances of getting a significant role in the industry are very small. Four years after its founding, YAmodels only gets orders for small projects such as makeup displays at beauty schools and cooperation with independent photographers.

Azanaw was amazed by the response of advertising executives and others in the fashion industry. He says, “They smile, compliment, say they’ll call, and disappear. Occasionally one hears a more authentic response, like that of an ad executive who told me he could not cast an Ethiopian in the role of a bank manager.”

After several such comments, Azanaw decided in 2013 to mount a campaign entitled “Israeli Beauty,” which enabled him to talk about the lack of representation of dark-skinned people. The campaign drew positive reactions, but did not increase the number of work orders received by YAmodels, or the number of dark-skinned talents in the media. Therefore, he is now working on a second campaign, which will run on billboards and not only in newspapers, on radio or television.

Azanaw, 29, is an optimist. He seems to have decided as a child that optimism would escort and guide him through the tumult of his integration in Israel, to which he immigrated in 1990 with his mother and seven brothers. The father decided to stay in Ethiopia to try and free his brother, who was jailed there for smuggling Jews to Israel and suffered torture and beatings in prison. When he managed to obtain his brother’s release a year later, the father came to Israel and the family moved to the southern city of Beersheba.

Azanaw recalls a happy childhood, during which he did not encounter discrimination. The path he chose seems similar to that of many Ethiopian immigrants of his generation. Like them, he went to a boarding school in his youth, but unlike most, he was the one who chose boarding school, not the state immigration authorities. “It was a decision I made of my own free will because I wanted to be independent,” he explains. “The integration institutions did not operate out of malice or evil, but their decisions regarding the fate of Ethiopians were sometimes insensitive and thoughtless. The mass referral to boarding schools was one of these moves. It did not enable parents to decide where to educate their children and undermined their ability to become authority figures and role models for the children.”

“I made a conscious decision to go to boarding school and also displayed initiative and leadership there, but there were other youths who went through tough times, who wanted to live at home, who did not have a parental eye to watch over them 24 hours a day. The results are clear: many Ethiopians did not study properly and did not get to university. I will be leaving my children at home.”

So far, 2013 has been a particularly good year for three women of Ethiopian origin: Pnina Tamano-Shata was elected to the Knesset, Titi Aynau was picked as Miss Israel and Tahunia Rubel was named the winner of the popular “Big Brother” reality show.

For three months, Azanaw served as Tamano-Shata’s parliamentary aide. “Her election campaign was intensive and exciting. Almost every day, and for most of the days, we met with all kinds of Israelis, at gatherings in homes and at schools. On this journey, I met Israel’s society and understood that at its core, it is a healthy, non-racist society. The veteran Israelis we met were curious and felt the Ethiopian candidate should be given a chance.”

On the tours with Tamano-Shata, he noticed, too, the changes undergone by the community of Ethiopian immigrants. “There was tremendous involvement. The Ethiopian community began to understand that it had to be part of Israeli politics and not to deal only in internal politics. When you see the number of Ethiopian candidates running [in next month’s elections] for local councils, you understand what a significant moment this is.”

Do these latest successes contradict Azanaw’s assertion about the lack of representation for those of dark skin? “This is a claim I’ve heard dozens of times,” he laughed. “But I know thousands of beautiful and talented dark-skinned people living in Israel, and no one lets them express themselves.”

Publicists have told him this lack of representation does not stem from racism, but from a marketing strategy. Advertising targets the average Israeli, who is neither too fair nor too dark, and the Ethiopian market is regarded as being too small. “A poll was conducted this year among Ethiopians to examine consumption habits,” says Azanaw. “I don’t believe we are not a public worthy of outreach.”

He rejects the argument that his agency is irrelevant. “I was approached about running an agency abroad, where dark-skinned models are successful, but I decided to try and develop the agency in Israel,” Azanaw says. “There were also significant monetary offers on the part of business people who wanted to become partners in YAmodels, but that would have meant losing ownership of the company and I couldn’t agree. An Israeli publicist suggested I merge into his agency as a division. ‘Eventually, you will have to make a living,’ he said. I turned down that offer, too. For me, the agency is an example for an entire generation of dark skinned young people, an enterprise that has business but also social value.”

Meanwhile he devotes almost all his time to developing a new marketing model for the agency and the campaign, and reporting on his activities to more than 5,000 Facebook followers. “Yohannes, make my dream come true,” an Ethiopian acquaintance wrote him, “I’ve already closed this chapter in my life but I can’t wait to be a grandmother and see a picture of a dark skinned baby boy or girl on a diaper or wipes package.”

The dream is to appear on diaper packaging?

Gitit Ginat is an independent journalist. For the last decade she has covered International stories for Haaretz Weekend magazine, and was a culture critic for the online edition of TLV City Mouse.