If US President Barack Obama fails to win the congressional vote on the authorization to use force against Syria, Iran will conclude a nuclear deal is out of reach. 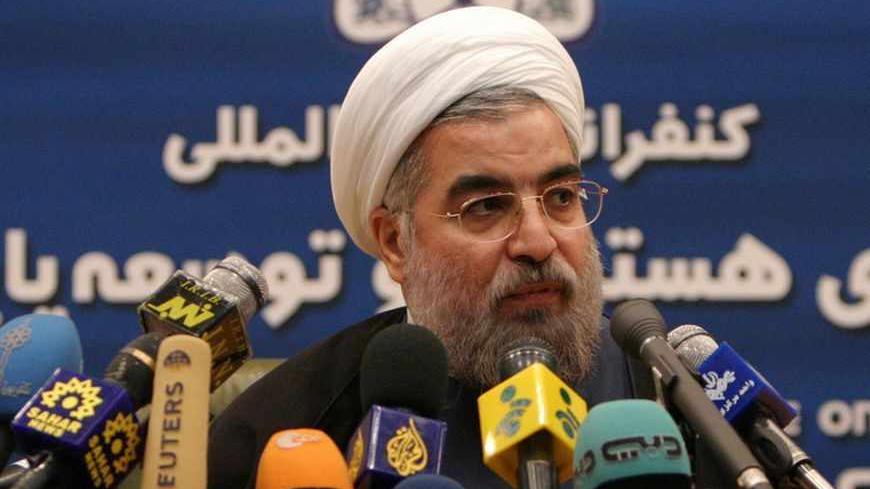 Hassan Rouhani, while Iran's chief nuclear negotiator, speaks to the media after the International Conference on Nuclear Technology and Sustainable Development in Tehran, March 5, 2005. - REUTERS/Raheb Homavandi 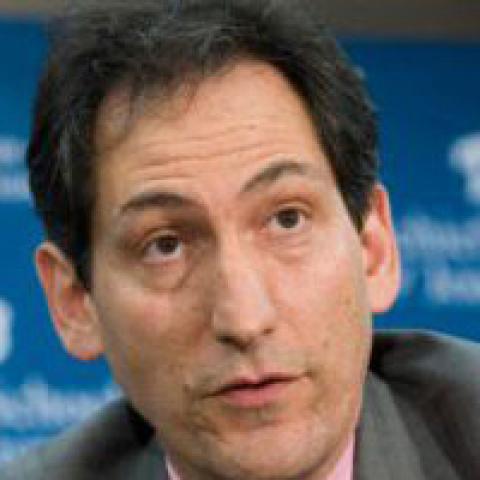 Many have pointed out that the Iranian government is watching closely what the Barack Obama administration does in Syria. With the president having declared a year ago that the Syrian government’s use of chemical weapons “would be a game changer,” the Iranian government wonders what the new game will be. It does so not only out of interest in its clients in Syria, but more important, to judge what Obama’s reaction might be if Iran acquires a nuclear weapons capability, which the president has declared as another red line.

Focusing solely on events in Syria, however, misses a large part of the Iranian calculus, if not the largest. What really matters to Iran is how successful Obama is in winning congressional support for his Syria policy. If he fails, it will deal a double blow to the president. Not only will the Iranian government dismiss the possibility of negotiations with his administration, it will also conclude that Obama can be defied with impunity. The international cost of domestic political failure would be profound.

To start, it is worth noting the extent to which foreign governments are sophisticated consumers of American political information. Decades of international cable news broadcasts and newspaper websites have brought intimate details of US politics into global capitals. Foreign ministers in the Middle East and beyond are US news junkies, and they seem increasingly distrustful of their embassies. For key US allies, the foreign minister often seems to have made him- or herself the US desk officer. Most can have a quite sophisticated discussion on congressional politics and their impact on US foreign relations.

The Iranian government is no exception. While former president Mahmoud Ahmedinejad was emotional and shrill in his opposition to the United States, there remains in Iran a cadre of Western-trained technocrats, fluent in English and nuanced in their understanding of the world. President Hassan Rouhani has surrounded himself with such people, and Supreme Leader Ayatollah Ali Khamenei has charged them with investigating a different relationship between Iran and the United States.

As they do so, they cannot help but be aware that on the eve of Rouhani’s inauguration, the US House of Representatives voted 400–20 to impose stiff additional sanctions on Iran. The House saw Rouhani’s electoral victory as a call for toughness, not potential compromise.

If Iran were to make concessions in a negotiation with the United States, they would surely seek sanctions relief and other actions requiring congressional approval. To make such concessions to Obama, they would need some confidence that he can deliver. A president who cannot bring around a hostile Congress is not a president with whom it is worth negotiating.

In this respect, Syria is a dry run for Obama's lobbying ability on foreign policy. Until now, his record with Congress has been checkered. Congressional representatives complain that the White House has given them the cold shoulder time after time, and there seems to be little warmth between the president and his former colleagues in the legislature. Persuading Congress to back a military action that the majority of the public opposes will require presidential charm, pressure, and a good measure of buttonholing and jawboning. Based on his past performance, Obama appears to be neither a joyful nor an especially skillful practitioner of these political arts.

As difficult as it is for Obama to persuade Congress to fight another battle in the Middle East, it would be even more difficult to persuade it to accept a negotiated deal with Iran. Suspicions about Iran run deep in the United States, as well as among many US allies in the Middle East. Should the White House decide to focus principally on the president’s domestic legacy, it may seem less costly to deter Iran and maintain that no clear nuclear threshold has been crossed than to sell a deal to a skeptical Congress. That would then put the onus on Iran to make any approach to the United States sufficiently attractive to gain the president’s attention. Iranians will surely view a demonstration of the president’s inability to bring Congress along on Syria as a sign that there is no hope of his delivering Congress on Iran. US-Iranian negotiations, surely in the offing for later this year, would be stillborn.

There is, however, an even more stark consequence of Obama losing the Syria vote in Congress. Should the White House, with its immense power and prestige, fail to build sufficient support, leaders around the world will conclude that this president can be defied with impunity. If he cannot win the support of those close to him, what hope does he have of winning over those at a distance?

The consequence here would be a combination of much more difficult diplomacy and even more bad behavior around the world that requires diplomacy to address. Hard-liners in Iran and their allies around the Middle East would certainly be emboldened, and regional states would be far less likely to rely on US cues in managing their own issues. Arab-Israeli negotiations, as well, would be dealt a fundamental blow, as each party would retreat to its own maximal position. China, Russia and a host of other countries are watching closely as well.

Whether seeking congressional approval for military action against Syria was the right decision, it is a gambit President Obama cannot afford to lose. What he has done is raise the stakes, not only for the remaining years of his presidency, but also for the US role in the world. For a president who has sought to end unnecessary US entanglements in the Middle East, his entire foreign policy legacy hinges on persuading Congress that one more entanglement is necessary. If he cannot do that, the results will resound for years to come.

Jon B. Alterman holds the Zbigniew Brzezinski Chair in Global Security and Geostrategy and directs the Middle East program at the Center for Strategic and International Studies (CSIS). Prior to joining CSIS in 2002, he served as a member of the Policy Planning staff at the US Department of State and as a special assistant to the assistant secretary of state for Near Eastern affairs. In addition to his policy work, he teaches Middle Eastern studies at the Johns Hopkins School of Advanced International Studies and George Washington University.

More from Jon B. Alterman