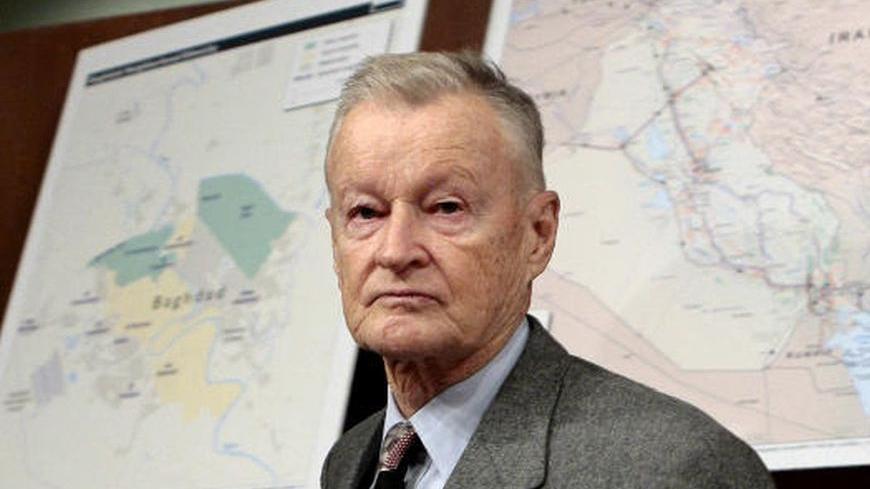 Zbigniew Brzezinski knows something about dealing with Iranians and his advice to President Barack Obama is this: Don’t start a war with Iran. National security adviser three decades ago when the Carter administration struggled to free U.S. hostages in Iran, Brzezinski says that Obama should not attack Iran’s nuclear sites even if that gives political ammunition to his more hawkish Republican opponents.

Brzezinski still harbors his own memories of such a trade-off: President Jimmy Carter negotiated freedom for the 52 American hostages – but lost the 1980 election. The hostages were released on the day Ronald Reagan took office.

Brzezinski said a military solution to the Iranian nuclear program is not “credible or desirable,” that war with Iran would be far easier to start than to end and that the costs would be borne primarily by the United States “both in blood and money.”

Even if Iran develops a nuclear weapon, Brzezinski said, it can be deterred and contained in part by extending a U.S. nuclear umbrella over U.S. allies in the Middle East.

Iran’s nuclear ambitions are far from the only regional issue on Barack Obama’s agenda: No U.S. leader has faced such a turbulent Middle East in a presidential election year since 1980. A veritable “arc of crisis” stretches from North Africa to the Persian Gulf and beyond, challenging Obama’s plans to run for a second term by focusing on the gradually recovering U.S. economy. This article focuses on three such crises: Iran, Syria and Egypt.

In recent weeks, the Obama administration has issued a stream of sometimes confusing statements affirming its ability to strike Iran but asserting that sanctions are having a serious impact on the Iranian economy and might dissuade Iran from continuing its nuclear development.

Despite Obama’s recent comment that the U.S. is in “lockstep” with Israel on Iran, leaks by other U.S. officials, such as Defense Secretary Leon Panetta, suggesting that Israel might unilaterally attack Iran as early as April appear intended to pre-empt those advocating a pre-emptive strike on Iran.

Such leaks, accompanied by hawkish comments by Israeli Prime Minister Benjamin Netanyahu and Defense Minister Ehud Barak, have had another impact – pushing Europeans to tighten sanctions against Iran. At the same time, members of the Israeli defense and intelligence establishment – including the current and previous head of the Mossad – have called attacking Iran’s nuclear sites counterproductive and even stupid.

Typically when Israel is ready to strike an adversary, it does so without warning. The unusual public debate brings to mind the sheriff in the old Mel Brooks movie, “Blazing Saddles,” who held a gun to his own head and pleaded with others to stop him from killing himself.

While an Iran with nuclear weapons would certainly be destabilizing, potential downsides of an attack are numerous. Iran’s nuclear program is so dispersed and hardened that some of it would survive. Iran would be handed a clear justification to quit the Nuclear Nonproliferation Treaty and rush openly toward a bomb.

Oil prices would spike, jeopardizing fragile Western economies. Iran-supplied missiles to the Lebanese militant group Hezbollah might rain down on Tel Aviv. Iranian proxies would likely target Americans in Iraq and Afghanistan, destroying chances for an orderly U.S. exit from combat in Afghanistan by 2013 or 2014.

“The last thing Barack Obama wants is another war in the Middle East,” said Anne-Marie Slaughter, a professor of politics and international affairs at Princeton who served as director of policy planning at the State Department from 2009-2011 and is a rising star in U.S. foreign policy circles. “His entire administration has been about getting us out of wars in the Middle East and South Asia and just getting us out of land wars period.”

At the same time, both Slaughter and Brzezinski also expressed concern that economic sanctions may have gone too far and become counterproductive.

“We’re in danger of a situation where we are risking the sanctions being so tough that they close off the negotiating track rather than opening it,” Slaughter said, referring to efforts to choke off Iran’s oil exports. “That’s a real danger because then we’re left with a game of chicken.”

Iran is now signaling that it is ready to return to the negotiating table, but Washington is wary.

“The problem has been we’ve come to the table, we’ve cut deals and they’ve [the Iranians] backed off,” Slaughter said. “They’ve used talks to simply delay, delay, delay. If we thought for whatever reason, the Iranians were really ready to deal, this administration will deal despite the election.”

A more effective means of containing Iran might be by focusing on another country – Iran’s chief Arab ally, Syria. A change in government there could deprive Iran of its front seat on the Arab-Israeli conflict and conduit to Hezbollah, Hamas and other anti-Israel groups.

The dual Russian-Chinese veto Feb. 4 of a U.N. Security Council resolution that called for President Bashar al-Assad to step down has forced the Obama administration, working with Turkey, other NATO allies and the Arab League, to resort to a George W. Bush-style “coalition of the willing” to support the Syrian opposition. The U.S. State Department calls it a “friends of a democratic Syria group” and it is due to meet for the first time Feb. 24 in Tunisia.

The U.S. has ruled out American military intervention but is contemplating offering medicine and food to beleaguered Syrians. NATO has been surveying Syria for months and could patrol the skies over a buffer zone or humanitarian corridor on the border with Turkey or Jordan.

While the prospects for an early resolution of the crisis are dim, Slaughter said she is “guardedly optimistic” that Assad will fall.

“The opposition has gotten braver and braver and more determined,” she said. She also highlighted the role of the Arab League, which sent monitors into Syria and drafted a plan for Assad to cede power to his Sunni vice president.

League members have “gotten themselves so far into this that there’s no way out other than forcing him [Assad] out,” she said.

A third crisis confronting the United States in the Middle East is coming from a long-time ally.

Egypt has forbidden several Americans – including the son of U.S. transportation secretary Ray Lahood – from leaving the country pending trial on charges that they illegally spent foreign funds to promote democracy.

The Americans worked for groups including the International Republican Institute and National Democratic Institute, which provide training in the nuts and bolts of democracy and do not back specific candidates. However, their efforts to register in Egypt have been blocked for years – first by the Hosni Mubarak administration and now by his successors. As of this writing, the ruling military council appears ready to risk $1.5 billion in U.S. aid – most of it military – rather than back down.

The dispute could be a temporary ploy to stoke nationalism and divert attention from the interim government’s abysmal performance. It is also another sign of declining U.S. influence in the Middle East.

Brzezinski suggested that some of that decline is the Obama administration’s fault and singled out its failure to make progress on Israeli-Palestinian peace.

“One basic lesson to draw is not to say we’ll do certain things and then to act like a minor power and abandon the effort when someone objects to it,” he said, referring to initial Obama demands – since dropped -- for Israel to halt Jewish settlement construction in the occupied West Bank.

“America has to be steadfast in its principles which sometimes can be costly,” added Brzezinski, who has just written a new book on how to maintain U.S. influence called “Strategic Vision: America and the Crisis of Global Power. 1”

According to Brzezinski, “We have to think of our long-range interests and not our immediate political prospects…What really damages is when America wobbles.”