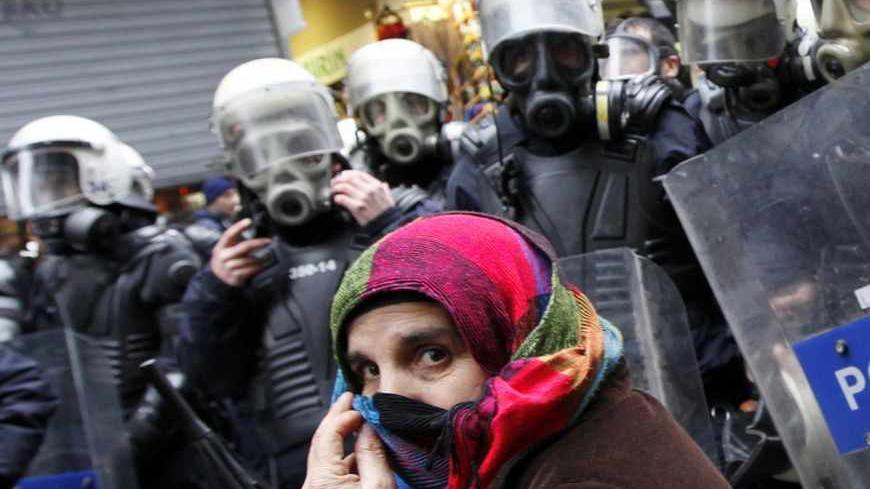 It’s likely that the United States will carry out a military strike in Syria as early as next week. One subject that may be debated domestically in Turkey is the potential impact of this development on the government-led peace process with the Kurdistan Workers’ Party (PKK). The short answer to this question would be a straight zero.

Let’s not forget that Turkish Prime Minister Recep Tayyip Erdogan wants to see both a successful conclusion of the negotiations with the PKK as well as the United States using its mighty military in Syria. If he sees no conflict between these issues, why should anyone worry about it?

It also looks likely that Turkey will play a limited or no role in this military operation. If the French do not bail out at the last minute as the British did, the United States and French military will be the only ones to take on the burden of this military strike. While Turkey might have wished to use its land forces more aggressively on the border line with Syria, it does not look like it would be given a free hand to do that. But Turks could have wished to keep the Kurdish-controlled areas on the Syrian side apart from each other, like the distance between Tal Abyad and Ras al-Ain, without them getting control of the whole territory, reaching the Turkmen and Alevi areas closer to Latakia, and therefore gaining access to the Mediterranean.

Remember what Erdogan said this year on the anniversary of the infamous vote at the Turkish parliament prior to the US invasion of Iraq, which prevented the American forces from launching their invasion through Turkish territory: “If the March 1 bill were to have been accepted at the parliament, and if Turkey were to have taken part in the coalition,” Erdogan said March 1, 2013, “I wish we had taken a part in it. If we had been  there, neither the terror organization [PKK] could have acted in the way it does today nor would it have been possible to ignore Turkey’s views on Iraq’s future. Our position would be different.”

The fact of the matter is that Erdogan’s Kurdish initiative already seems to have stalled. Yet many in Ankara’s beltway had speculated that the reason why there was a peace process in the first place with the PKK was the situation in Syria, and that the Kurds played their cards carefully, in the sense that they did not take a direct position against Syrian President Bashar al-Assad.

In that sense, it may be quite telling that Salih Muslim, the leader of the main Kurdish group — Partiya Yekitiya Demokrat [Democratic People's Party] (PYD) said that he does not believe Assad would have launched a chemical weapons attack against his own people when he was gaining advantage against the opposition and when there were the UN teams in the country not far away from the site where the supposed attack took place.

The PKK is already taking a tougher stand against the AKP government. It’s not related to the developments in Syria, but it has more to do with the long-awaited democratization package. Justice Minister Sadullah Ergin said on Sept. 2 that the prime minister would announce the details of the package to the public. When he was pressed whether it would be this month or not, he said, “Hopefully, inshallah.” The speculation in Ankara is that the announcement will come sometime in October after the parliament reconvenes. The ruling party is keeping the details secret. So when the package is announced, it is highly likely that it won’t go as far as the PKK wished, and could cause more problems than a potential limited US strike on Syria.

The government talks about “advanced local governments” as the new way forward. Until the ruling party makes its democratization package public, however, these proposals are only speculation. As the local elections are coming up fast in March 2014, I just do not see that Erdogan will go as far as granting Kurds anything that could be interpreted as “autonomy.” In fact, it could be safe to speculate for now that the Syrian developments might make Erdogan take a step back on that matter, because the Turkish public at large is growing more skeptical about the developments around Turkey’s borders, and raising concern about Erdogan’s method of handling the negotiations with the PKK.

Moreover, the PKK leadership possibly considers itself in a good position in negotiations with the Turkish government based on the developments in Syria and Iraq. Therefore it seems to be trying to maximize its gains from negotiations. Still, it remains a mystery to me exactly what we are talking about when we say "peace process." What are its dynamics? What has been promised? What is the endgame?

There is nevertheless a process that is impossible to undo. The collapse of this attempt won’t be only between the Turkish military and the PKK; the people — Turks and Kurds — will likely be directly affected by its end result. I would suggest that people will grow further apart, and the sense of brotherhood/sisterhood between these two peoples will be a casualty of this AKP initiative.