Is Turkey Giving Up on EU Membership? 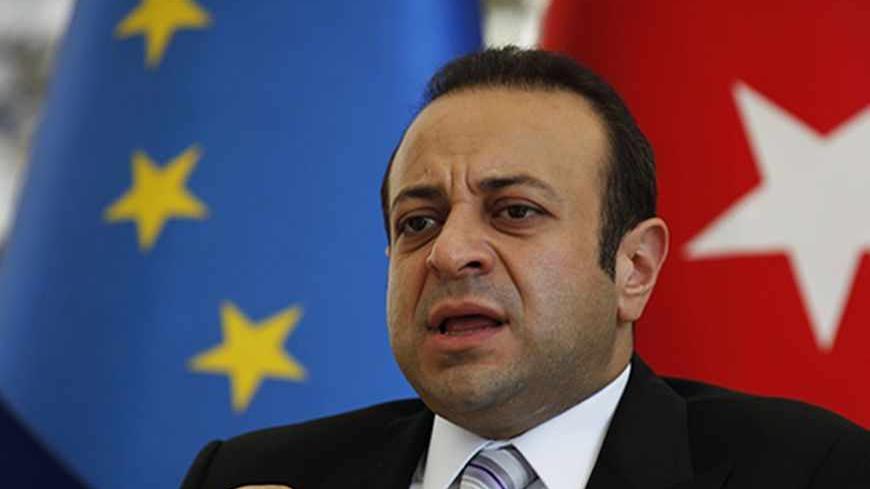 You know Turkey’s hopes to join the European Union (EU) are in trouble when the state minister whose job is to get the country into the European club begins to have second thoughts about his mission. You may also know that Turkey’s influence in the Middle East would diminish if Ankara does not move forward with its EU bid.

The story goes like this: On Saturday, Sept. 21, Egemen Bagis, the Turkish minister for EU affairs and the chief negotiator with Brussels, declared that his country will probably not become a member of the prestigious European club. “I think Turkey will end up like Norway,” the minister said, referring to the Nordic country’s close commercial ties with, and lack of membership in, the EU.

The reason why Bagis assumed a pessimistic tone was his justified belief in European prejudices against Turkey. He points at Ankara’s quest to join “Club Europa” has gone on forever (it is now a 50-year-old enterprise) and European countries’ recent vote against Istanbul in its bid to host the 2020 Olympics.

What is remarkable here is that this is the first time that a high-ranking member of the Justice and Development Party (AKP) government is admitting how Turkey may never enter the EU. Earlier this year, Prime Minister Recep Tayyip Erdogan jokingly said that if EU states would not let Turkey in, Ankara would consider joining the Russian and Chinese-led Shanghai Cooperation Organization.

Although Erdogan was not serious about trading Brussels for Shanghai, his comments reflected his compatriots’ sentiments. Many Turks have been wondering whether they wouldn’t be better off with a pivot to the east. Opinion polls indicate that Turkish public support for EU membership, which was close to 75% in 2004, has dropped to 44%. Although EU minister Bagis mentioned Saturday that “accession [into the EU] remained Turkey’s target,” his remarks suggested that the AKP government might be losing hope in Europe.

But turning East because Westerners don’t like Turkey is to miss the bigger picture: Turkey’s ability to project power in the Middle East is intimately connected with its prospective EU membership. Without that European outlook, Turkey is a weaker player in the Middle East. Don’t take my word for it — several Middle Eastern leaders have made that point in recent years. Before civil war broke out in Syria, President Bashar al-Assad called upon EU countries to accept Turkey as a member. “An Islamic country is needed so the EU does not become a Christian-only club,” Assad said. Likewise, Mahmoud Ahmadinejad, then-president of Iran and no fan of the West, had claimed that Turkey, “with its history, culture, and civilization, would increase the EU’s credibility.”

Surely, Assad and Ahmadinejad supported Turkey’s EU bid because Turkish membership would benefit their countries as neighbors to the wealthy European common market. Yet the statements of the Syrian and Iranian presidents also prove that an EU-member Turkey could hold immense power and prestige in the Middle East.

At the dawn of the Arab Spring in 2011, events seemed to prove Assad and Ahmadinejad correct. As the only Middle Eastern country with a majority-Muslim population, a secular and democratic government, and a free market economy, Turkey appeared like the best role model for other countries in the region. Many people in the Middle East themselves welcomed the idea of “becoming more like Turkey.” In a public opinion poll in 2011, Egyptians responded that they wanted their country to resemble Turkey more than any other.

Two years later, amidst the Egyptian coup, the civil war in Syria, and domestic troubles – especially the stalled peace talks with the PKK and the bleak future of the economy, Turkish leaders may think of EU membership as a luxury.

In fact, EU membership could serve the domestic interests of Turkish political actors. Since the Egyptian coup, the AKP has condemned the opposition (including the Gezi Park protestors) for inciting a similar military takeover in Turkey. If Turkey were an EU member, AKP leaders would have nothing to fear because no EU member state has ever experienced a coup. In the long run, then, Turkey’s EU membership would address the AKP’s greatest concern.

The same goes for the main opposition group, the secular Republican People’s Party (CHP). For many years, the CHP has viewed the EU with suspicion because of the latter’s support for Kurdish rights and its opposition to the Turkish military’s control over civilian politicians. Especially the CHP old guard worries that pushing EU reforms could eventually lead to a violent breakup of Turkey. Some already blame the EU for encouraging the AKP to subordinate the military to civilian authority and trampling on Turkey’s secular political traditions.

Yet CHP leaders who worry about separatism forget that not only do the high standards of democracy in the EU force ethnic disputes to become non-violent, no country that has become an EU member has ever lost territory. Moreover, most EU societies are much more secular than Turkey so the CHP would be at home in that respect. Thus, just like the AKP, EU membership is good for the CHP.

The domestic benefits of EU membership are also noteworthy because they disprove EU minister Bagis’s Norway analogy. In 1994, Norwegians chose not to join the EU in 1994 partly because they saw their country as too good for the EU. And they were right: Norway had better human development figures, higher per capita income, and better environmental regulations than most EU states. Had Oslo entered the Brussels club, it would have had to lower its standards by bankrolling the development of less fortunate EU states.

Turkey in 2014 is not what Norway was in 1994. Membership in the European club will give political actors, market forces, and civil society in Turkey the impetus to move their country forward. Still, it won’t be an easy ride: Abroad, Ankara has to resolve outstanding issues such as the status of the Aegean Sea with Greece and the Cyprus question. At home, it has to improve women’s legal and economic conditions, expand minority rights and free speech, and develop the economy. A Turkey that has accomplished these goals would be much stronger in the Middle East.

Barın Kayaoğlu is finishing his doctorate in history at the University of Virginia. He was recently a Smith Richardson Foundation fellow in International Security Studies at Yale University. Follow him at www.barinkayaoglu.com. On Twitter: @barinkayaoglu and Facebook: BarınKayaoğlu.com