The right stance for Turkish liberals in the face of such a complicated Justice and Development Party (AKP) is to be critical, not hostile. 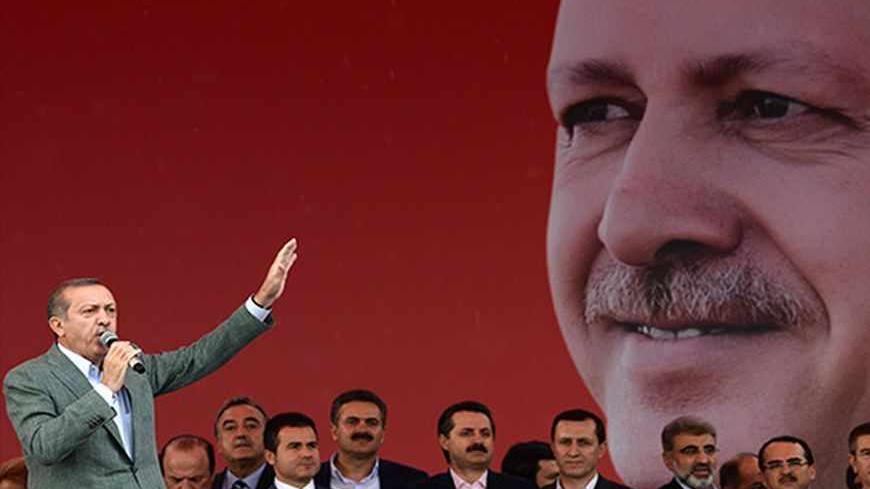 Turkish Prime Minister Erdogan, accompanied by his ministers and party members, addresses his supporters during a rally organized by his Justice and Development Party in Ankara, June 15, 2013. - REUTERS/Stringer

The latest piece I penned for Al-Monitor was titled “A Salafi Assault on Turkish Theology?” I had used the term “Salafi” quite figuratively, as a label for the narrow-minded Islamic approach that sees philosophy, and other sources of secular knowledge, as a corruptive force for Muslims. The news was that this line of dogmatic thinking had just pushed philosophy out of the curriculum of Turkey's theology faculties. Since these faculties are tied to the Higher Education Council (HEC), which is tied to the Justice and Development Party (AKP) government, I had even concluded that this was a critical test for the future of Turkey.

I wrote: “Perhaps, this is one of the various indications that the AKP, after a pretty successful decade, is really at a serious crossroads: The party will either reform itself and move forward by adopting global norms of democracy — and, well, even reason. Or it will revert back to the narrow-minded Islamism that its cadre actually had abandoned in the late ’90s for a more liberal route.”

However, better things happened since I wrote these lines. Many opinion leaders in Turkey's Islamic camp also raised their voices against the HEC’s move. Various columnists in newspapers such as Yeni Safak, Star and Today's Zaman — all of them conservative and sympathetic to the AKP in various degrees — argued that “a theology without philosophy” would be lame.

Moreover, the top official religious authority, Mehmet Gormez, a theologian himself, also spoke out on the issue. He not only criticized the “top-down decision given by the HEC, without consulting hundreds of academics theology in the country.” He also defended philosophy education reminding us that Katip Celebi, a 17th century Ottoman historian, tied the decline of the Ottoman Empire to the diminishing of philosophy and wisdom in the madrassas.

The government acknowledged these various responses, and thankfully, responded positively. On Sep. 19, the HEC issued a statement saying that the institution’s decision dated Aug. 15, 2013 — the one which curbed theology lessons along with other social sciences in the theology curriculum — was “suspended.” One reason, the HEC statement explained, was “the views and suggestions coming from the public.” In other words, criticisms from society had been effective in forcing a state institution to take a step back.

This is good news for Turkish education, but also a sign of relief for Turkish democracy. For there have been lots of worries lately with regard to Turkey’s future, as many commentators have argued that the country is destined toward an ever-deepening authoritarianism — if not “fascism” — of the AKP. Yet, as Orhan Kemal Cengiz also nicely explained in a recent Al-Monitor piece, things are not that black, although they are not pure white either. The AKP certainly lost the reformism of its earlier years, and has been showing all the signs of intoxication with power. Since the Gezi Park events, this hubris combined with paranoia made the government even more authoritarian. However, the AKP still has a reformist edge, and can see its mistakes and correct them.

The new “democratization package” that Prime Minister Recep Tayyip Erdogan is expected to announce on Sep. 30 is a good example of this brighter side. It is expected that the legal reform package will include much-awaited steps such as the right to education in the Kurdish language, recognition of the “cemevis” (the places of worship used by the Alevi minority) and the reopening of the Halki Seminary of the Ecumenical Patriarchate. These are some of the steps that Turkey’s liberals have been dreaming of for decades, yet never had the political mandate to realize.

So, how should these liberals — some of whom are fellow writers for Al-Monitor — look at the AKP? An increasingly authoritarian Islamist party that tries to silence every opposition in Turkey, and make it a much less free country? Or, a reformist Muslim party that liberates all the alienated groups, including the Christians, of an ever-authoritarian republic?

The irony — and the trick — is that both of these depictions of the AKP could be substantiated with plenty of facts in contemporary Turkey. In other words, by cherry-picking facts, one can draw both a very dark and a very rosy picture of the governing party. Yet, the truth is somewhere in between, and the AKP is on the one hand a democratic and liberalizing force, and on the other hand an increasingly illiberal and intolerant actor. (My explanation to this seemingly contradictory picture is that the AKP is very liberal when it comes to solving the problems created by the old regime — that of the Kemalists — but it can be very illiberal regarding the problems it creates with its own hands.)

So, in my view, the right liberal stance in the face of such a complicated AKP is to be not hostile but critical. In other words, not to condemn the AKP at every chance, but to condemn it when it does something wrong and support it when it does something right. Unfortunately, not every liberal voice can do this these days — perhaps out of a secularist bias against “Islamists” and Turkey's powerful social dynamics that forces every individual voice to take sides in the big political battle. Yet, further fanning the flames of that battle helps no one. And the AKP, apparently, still has some will to advance Turkish democracy.