The US-Russia deal on Syria chemical weapons gives momentum to possible settlement and may mean changes for regional players. 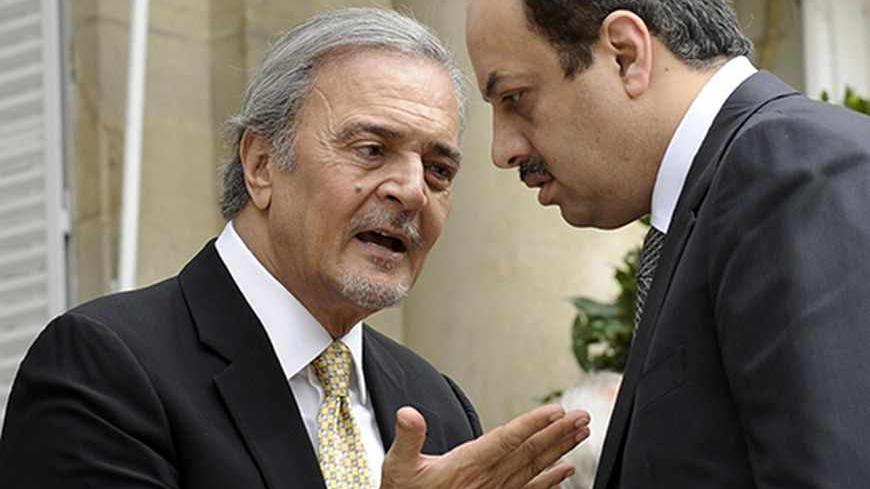 In Beirut, all eyes are focused on Riyadh’s stance toward the Syrian chemical weapons deal, reached between Washington and Moscow, in order to gauge how the next stage will affect Lebanon. Although Riyadh’s attitude does not have a direct impact on the settlement that was approved by US Secretary of State John Kerry and his Russian counterpart Sergey Lavrov in Geneva, the country is still capable of influencing the Syrian arena indirectly by interfering in several places.

The Saudi stance could affect Iraq, where a surge of sectarian bombings continues at the same bloody pace, and may also have an impact on the National Coalition for Syrian Revolutionary and Opposition Forces, led by Ahmad Jarba, who is affiliated with Riyadh. Lebanon is certainly another place where the impact of this stance may be felt; the political conflict between Riyadh’s allies and those of President Bashar al-Assad involves the whole composition of the Lebanese system, starting with the government, which has been paralyzed since March 22, up to the presidential elections, which must be held between March 25 and April 25, 2014, as stipulated in the Constitution.

Riyadh’s friends in Beirut – basically the Hariri bloc – admit that they have no accurate information on the deal over Syria, nor do they have any data stemming from the principal sources on the dimensions and components of the settlement. A prominent MP in Hariri’s parliamentary bloc disclosed to Al-Monitor that there is a total indifference on the part of Saudi Arabia about the current situation in Lebanon. The visits made by several delegations of his bloc to Saudi Arabia and repeated meetings with Saudi officials did not immediately help shift the Saudi withdrawal from the Lebanese file. Yet, other politicians affiliated with Hariri’s bloc have overcome this Saudi node and moved immediately to what they called “feeling reassured about the Western position in general and American in particular.” They believe that Washington will not come out of this Syrian confrontation a loser.

Whatever the current features of the settlement may be, they certainly include undeclared points guaranteeing Washington’s interests in the region, and therefore hold the interests of Washington's allies. Some of these politicians even assert that the mere conclusion of the deal between Russia and America on such a controversial issue, as well as the violent non-conventional armaments issue, means that the climate of international openness and global concordance should be necessarily reflected on all other files, and applied to similar issues. They believe that the Syrian chemical settlement should be necessarily expanded to include a nuclear settlement in Iran, followed by a settlement regarding Hezbollah’s arms in Lebanon. Whatever the deadlines of such an agenda may be, it should eventually be positively reflected on Lebanon, and should fulfill the demands of Riyadh’s allies in Beirut in terms of disarming the Shiite group and freeing Lebanon from Syrian-Iranian influence.

Opponents of Riyadh in Beirut are examining the Saudi stance with great interest. The stance is very conservative toward the settlement that was reached between the US and Russia, and asks whether Riyadh would have taken up such a reluctant, negative position if it had been more reassured of its position and role in the settlement. Based on this question, the opponents of Saudi Arabia assess Riyadh’s losses resulting from the Geneva settlement on three levels:

First, on the Syrian level. Despite the advantages and justifications given for the settlement, it is still clear that it was a big disappointment to the Gulf forces, which had bet on a US strike to bring down the Assad regime and bring his opponents to power in Damascus. This is enough to see that Saudi Arabia has lost obvious points in this round. This result is apparent in the negative attitudes toward the settlement expressed by the Syrian opposition forces and the allies of Saudi Arabia in Beirut.

Second, Saudi Arabia will suffer losses on the regional level. The environment of openness that has started to appear between Washington and Tehran is bound to have negative repercussions on the Saudi role and on Riyadh’s regional position. Regardless of the possible results, it is probable that such openness will raise Saudi Arabia’s fears that this will lead to the country’s own detriment. This is the case especially since the Saudi-Iranian contradiction is almost absolute at the political, confessional and geostrategic levels in the Gulf and across the Middle East.

Although Riyadh tried to contain this environment by inviting the new Iranian President Hassan Rouhani to perform the Umrah rituals in Mecca next month and to hold meetings with Saudi officials, Riyadh’s reluctance to break its boycott of the Washington-Tehran talks remains obvious. However, the greatest Saudi fear in this regard is that the Syrian settlement might lead to the formation of a “common enemy” between the United States and Iran, namely the extremists. These groups, which are currently making headlines as Sunni terrorist extremists, might become a point of agreement between Washington and Shiite Tehran. Sunni Riyadh had benefited from this role and played it since the Sept. 11, 2001 attacks, when it presented itself to Washington and the West as a moderate Islamic Sunni reference in the face of the radical al-Qaeda organization. However, the Syrian incidents brought Riyadh and Sunni jihadists together under one umbrella, facing Syrian President Bashar al-Assad and his Shiite allies in Lebanon, Iraq and Iran.

Third, Saudi Arabia has concerns internationally. The Syrian settlement might consecrate a new US-Russian bilateralism in controlling several international files, at least in the Middle East. This bilateralism will clearly incur a decline in the Saudi role and position in the region compared to the past two decades when its American ally monopolized power and control over the affairs of the entire region and its governments. What if this occurs amid intensive talks over America’s dwindling interest in the Middle East and its crises and the increasing probability of Washington focusing its attention on the Pacific?

In the end, it is true that a settlement is underway in Syria. However, it seems that this will lead to winners and losers in the Syrian region. This is a central paradox to which the odds revolving around the Syrian settlement and the subsequent possibilities are closely related.